This Fidget Pen Lets You Fidget While You Write

You've seen the fidget rings, you've seen the fidget cube, now it's time for a fidget pen. The Think Ink Pen, as so it's called, is a titanium and steel pen that has all sorts of things that you can attach to it to help you fidget. Plus it even bends, which ads a another layer of fidgeting.

When writing or jotting down your best ideas suddenly comes to a halt due to writers block, the fidget pen will be your new best friend. Just start fiddling with the pen to reignite the ideas flowing through your mind and get the creativity flowing.

The fidget pen features a bunch of different things to tinker with, including a metallic ball that spins around the sides of the pen, a carbon-steel disc that rotates around the shaft of the pen, plus extras that are unlocked as more people fund the project.

The fidget pen also comes with a clip that has two magnetic ends which offer endless fidgeting capabilities and doubles as a clip to attach your pen to a backpack, purse, or notebook.

The company also offers add-ons that you can attach to normal pens without the need to purchase their bendable metallic fidget pen. The add-ons will turn any pencil or pen into a fidget toy.

The fidget pen is currently in a funding phase on Kickstarter and IndieGoGo with an estimated delivery date of April 2017, so go reserve yours now, and be sure to check out the fidget pen in action via the video below. 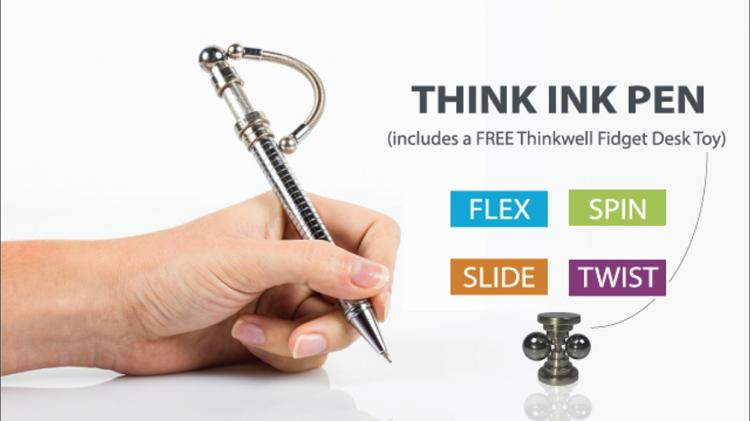 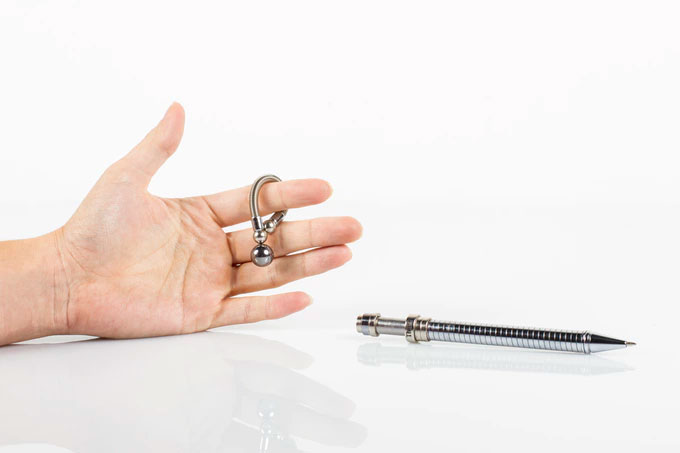 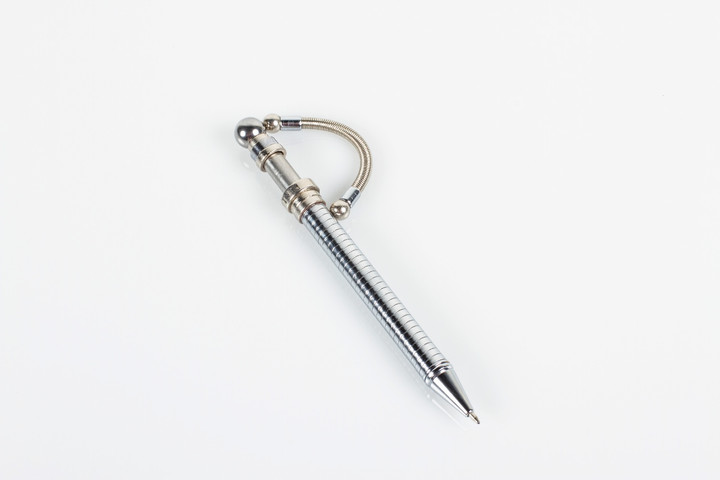 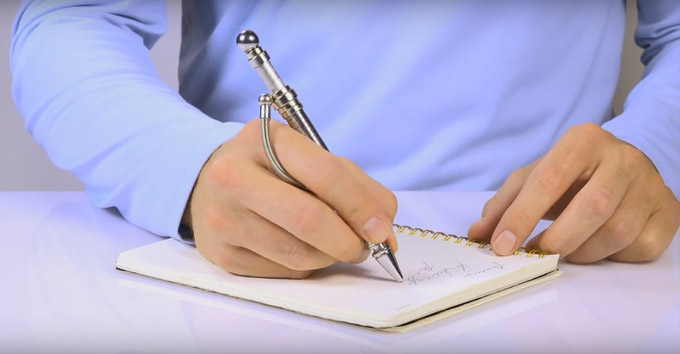