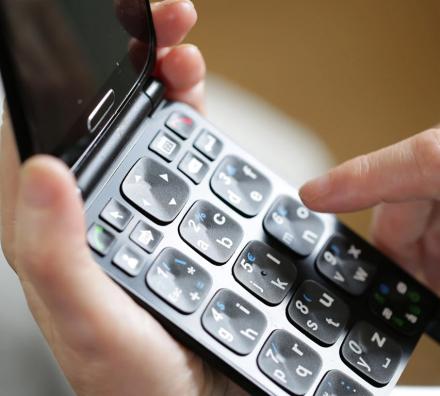 Sometimes large touch screen smart phones are a little hard to use for people not to familiar with technology such as old-folks, people who have been living in the forest for past 10 years, or cavemen. The EziSmart is a device that attaches right to a smart phone and gives it a hinge to turn it into a flip phone. On the inside of the device a dial pad with very large tactile number buttons, with each size of a number having a letters on it that make up a keyboard for texting, emailing, etc... The EziSmart also has other buttons that let you control more of your phone using tactile buttons instead of having to touch the screen, plus it comes with a corresponding app on your phone that pretty much simplifies everything.

The backside of the EviSmart will cover your phone's screen when closed, and if you happen to get a call, the small opening on the device will show you who's calling, along with actual buttons to answer your phone without the need to flip your phone open. There are also buttons on the front of the device for adjusting the volume, and an SOS button if you were to get into some trouble or have fallen and can't get up.

Created by Richard Chan, a senior himself who originally designed the EziSmart for his mother who had suffered from multiple strokes, who unfortunately had passed away before the product came to fruition. The EziSmart makes the smart phone accessible to people who cannot use the touchscreen, for people with physical disabilities, or just for people who are daunted by the complexities of today's phones. Perfect for Grandma who can't seem to understand how her new Smart Phone works, for blind people, or for anyone suffering from a debilitating disease like parkinson's.

The EziSmart is currently in a funding phase on Kickstarter with an estimated delivery date of February 2016, so go reserve yours now, or get more information on their website, and be sure to check out the EziSmart device in action via the video below. 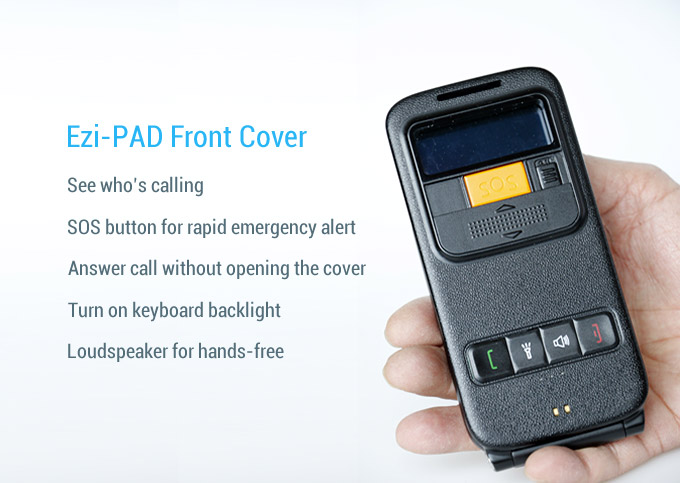 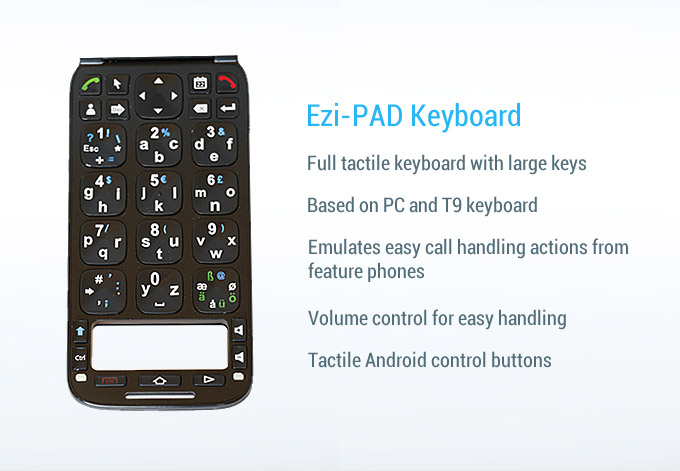