This Bayonet Knife Hides a Secret Revolver Inside Of It 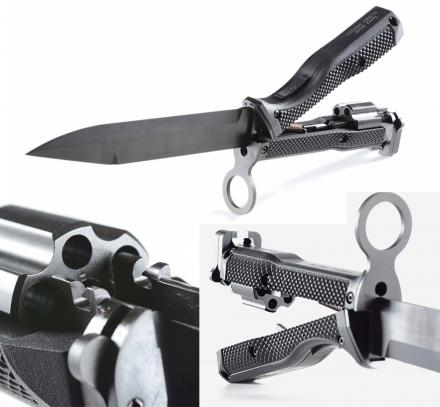 When it comes to self-defense, usually my self-defense coin purse does the trick, but for others they need a little more utilities in their arsenal. This ridiculous bayonet revolver should do the trick to get you to your car safely at night in dark parking lot, or help you survive on the battlefield... Either or... The weapon was being produced in Las Vegas in the early 2000's, though they're no longer in production and can only be found on auction sites.

The bayonet knife hides a secret revolver inside of it, so that if stabbing your attacker didn't do the trick, you can then shoot them to finish the job. To use it, just press the low-profile fold-out trigger located on the handle of the bayonet. Once pressed, it'll fire a bullet over the flat edge of the knife. 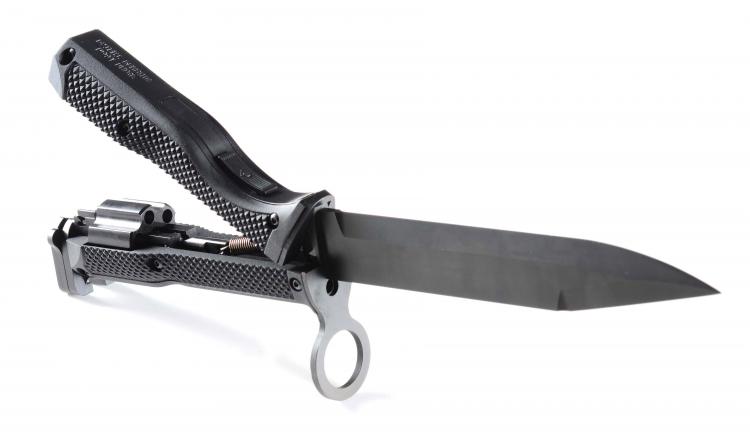 The Bayonet knife revolver gun features a 6.5 inch blade, a 3.5 inch barrel length, the revolver shoots a .22 caliber bullet, and fits perfectly on an M16/AR15 with a standard military configuration 21-1/2" barrel and bayonet lug. It comes in the original box, a glossy company advertising sheet, and is un-fired. This bayonet revolver also features the original preservative oil still in the mechanism. 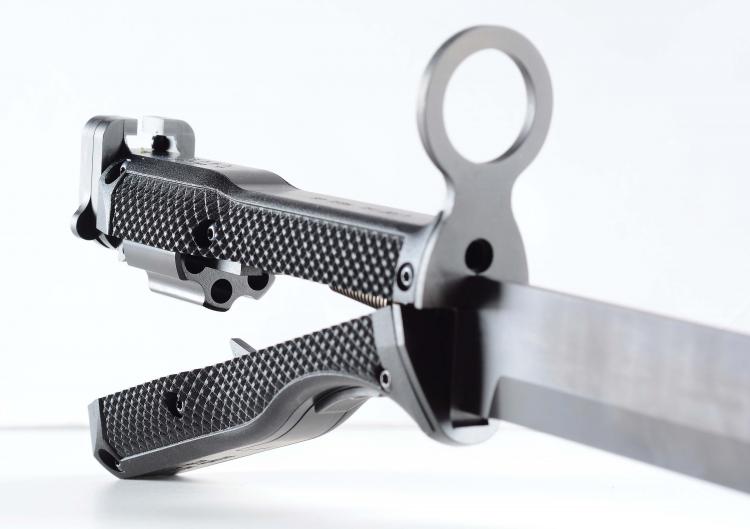 You can access the revolver to load/unload the gun by depressing a button on the hilt which opens the handle up.

The G.R.A.D. model mb16f bayonet revolver is up for auction on the site morphyauctions.com, and is currently at a bid of $750 at the time of this writing, though it's estimated to sell at around $1,500-2,000. 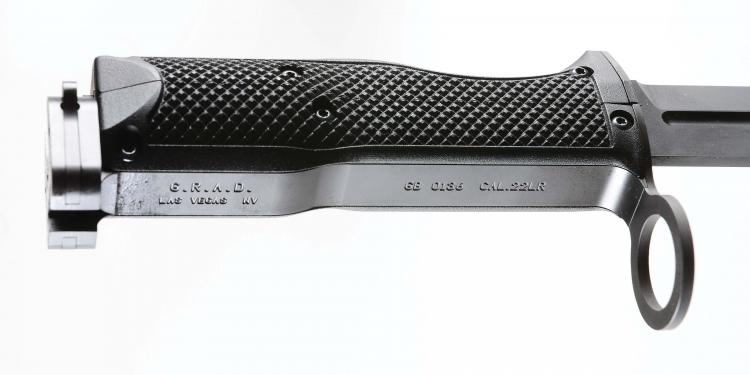 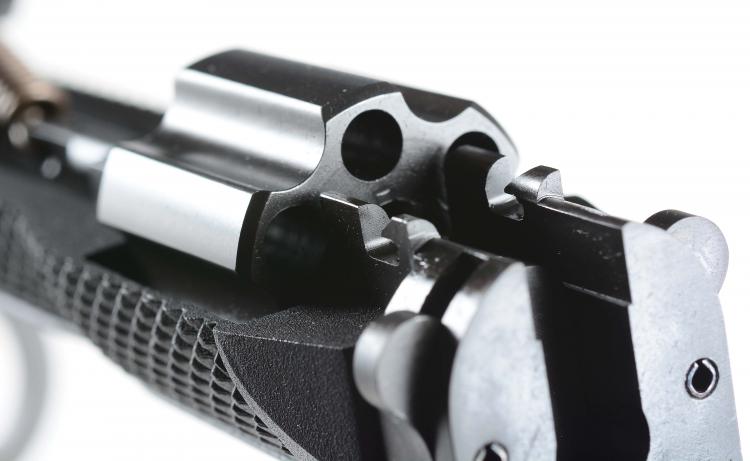 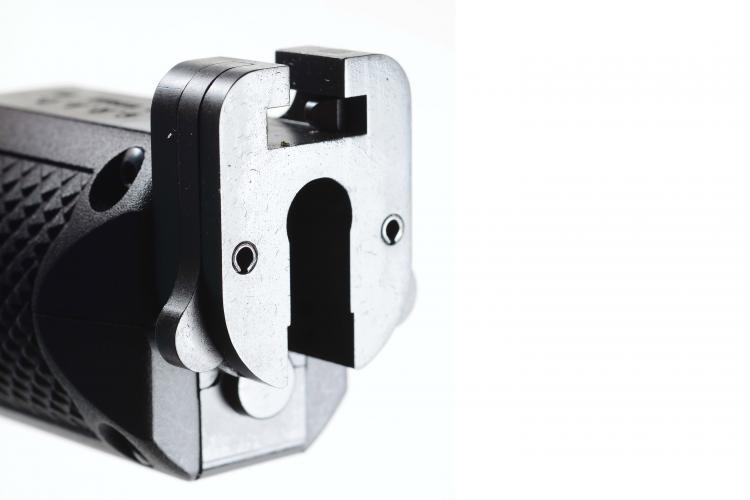 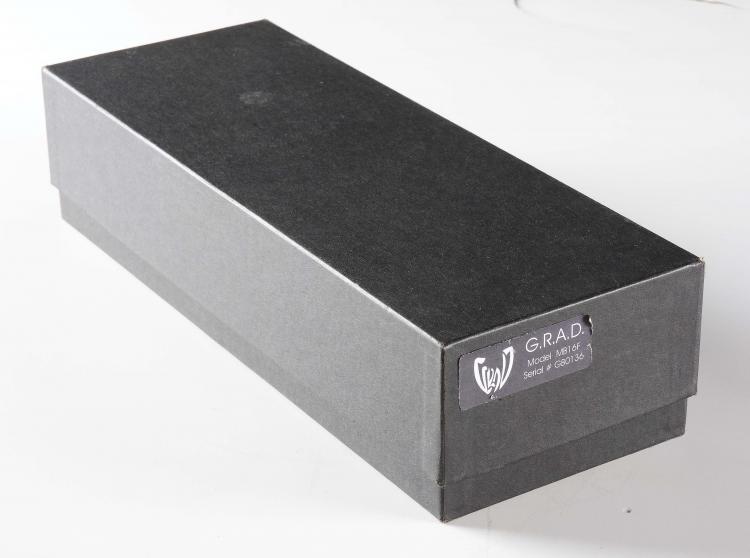