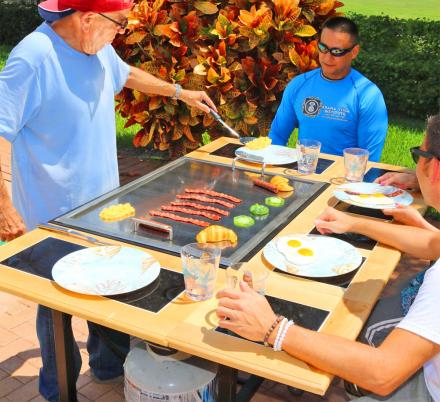 Most of us have probably been to Benihana, and probably about 50% of us have thought about getting behind the grill and attempting a few tricks of our own. Those of you that have tried to do some, have probably been swiftly kicked-out immediately for damaging property or burning some of the guests. Well, now there's a hibachi grill that you can setup in your own yard for your next backyard BBQ, and you can invite over whoever might be willing to sit in front of you while you do some parlor tricks with the spatula and some onions.

It's called the My Hibachi BBQ, and it's a 3-in-1 cooking table that comes with 4 folding stools (though you can use more chairs for additional seating around the grill). It offers 3 different ways of cooking in front of your guests, including a flat top griddle, a BBQ rack, along with a cast-iron stove top. 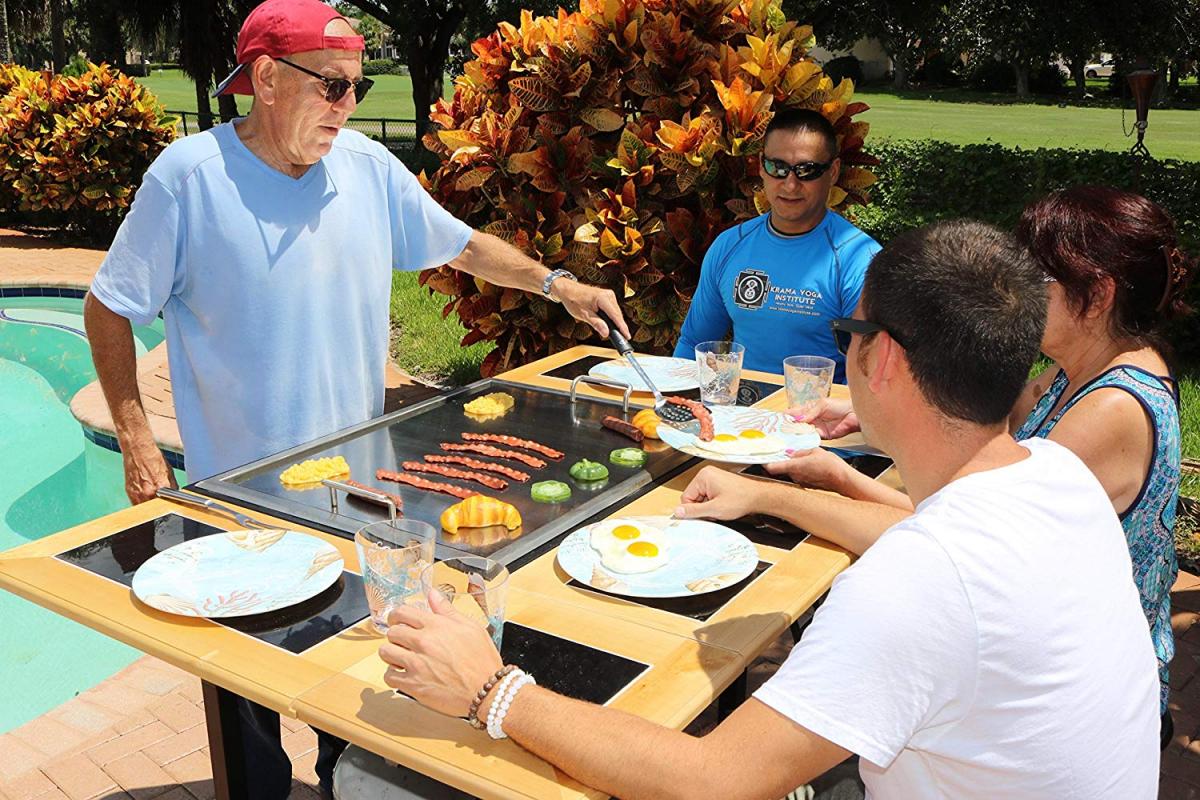 Sure to impress your guests, the backyard hibachi grill is ideal for cooking up burgers, chicken, fish, kabobs, pork, breakfast meals (pancakes, eggs, bacon, hash-browns), ribs, shrimp, sausage, fried rice, peppers, and more. The cast-iron stove top can also be used for cooking with a wok, skillet, dutch-oven, or even roasting marshmallows. 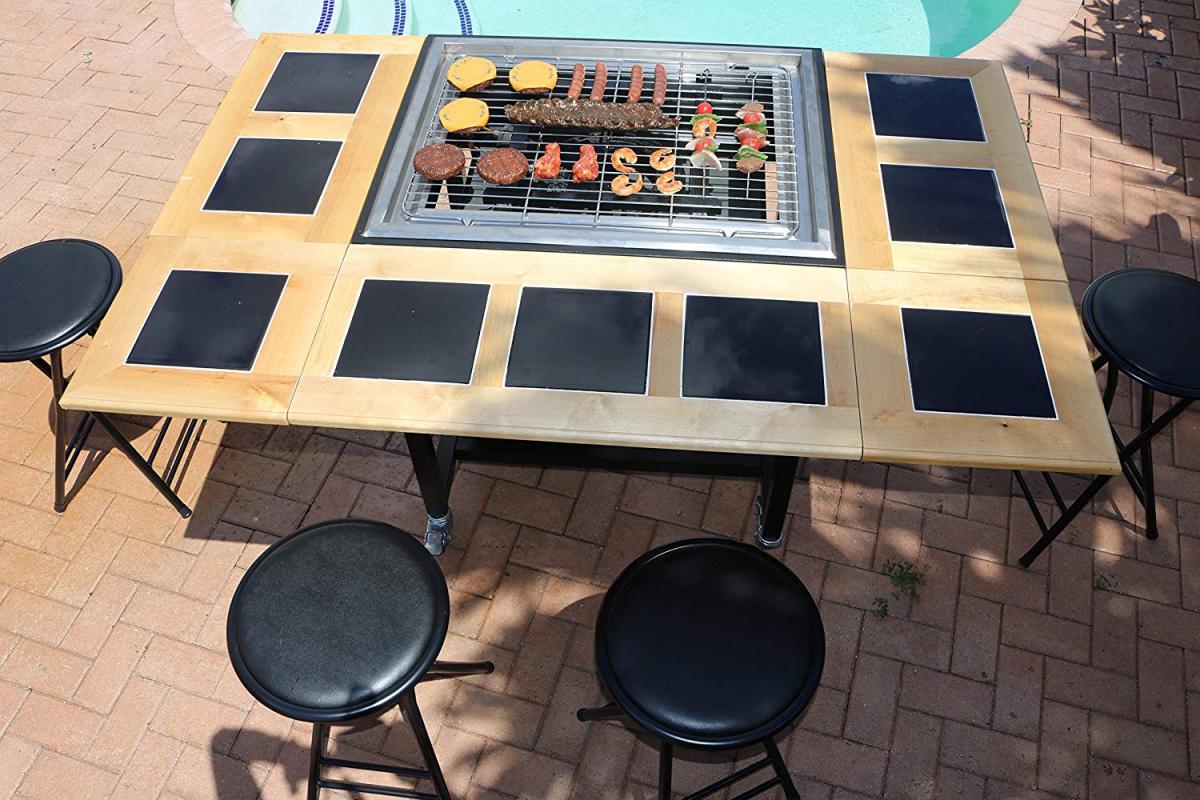 The My Hibachi BBQ is powered by a propane tank that goes underneath the table, and uses a 40,000 BTU dual cast iron burner that has a one-piece mold which guards against cracks. The hibachi grill has 3 fold-up tables that surround the grill, which can be put up when your guests want to sit around and watch you cook, or folded down when just the grill needs to be used. 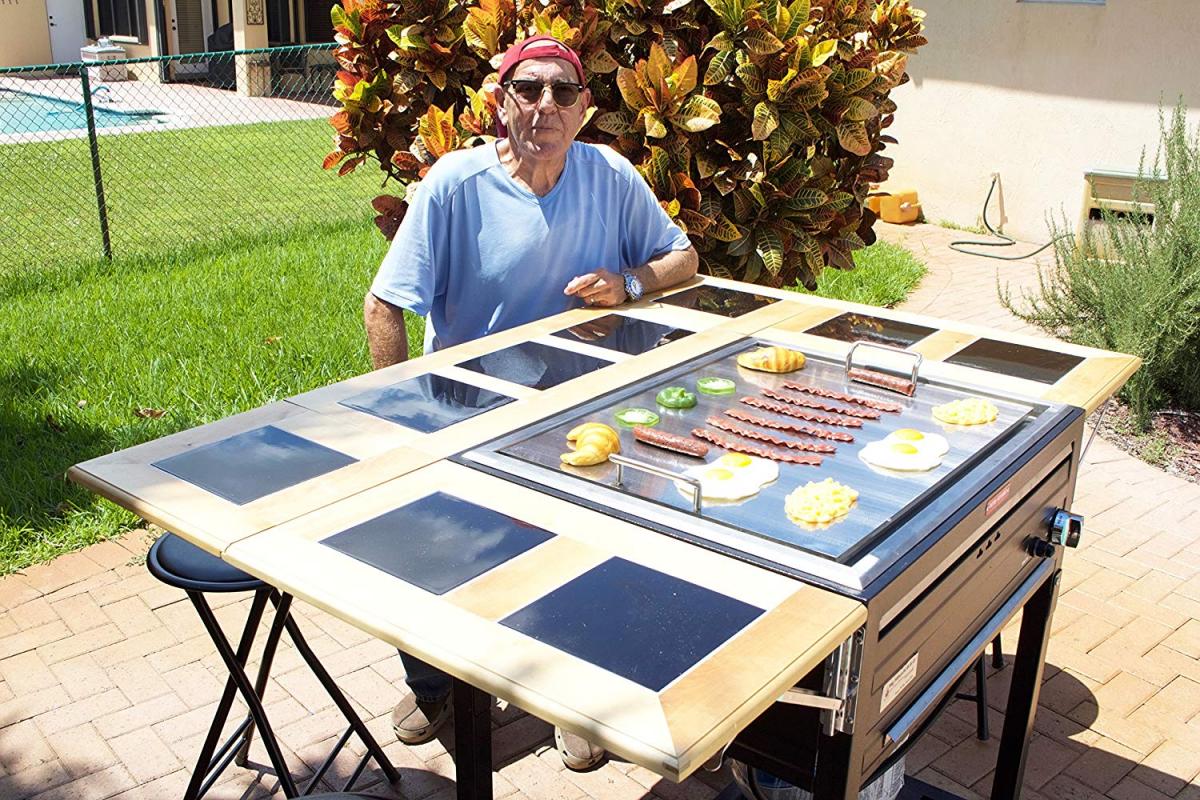 If you plan on becoming a Benihana grill-master at some point and are looking to get some training in, or just would like to put your guests in danger by flipping spatulas and tossing hot-grease-soaked chicken bits into peoples mouths from behind the grill, the backyard hibachi grill may be for you. 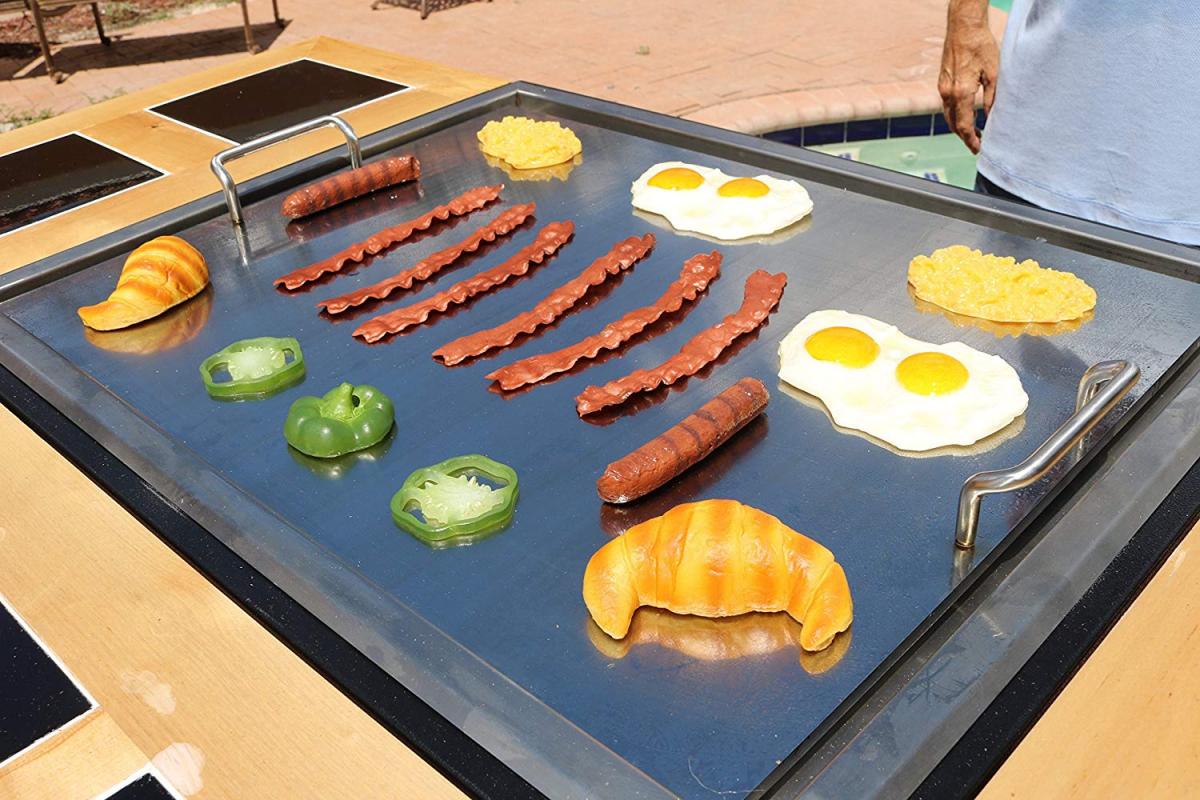 Check out the backyard hibachi bbq grill in action via the video below. 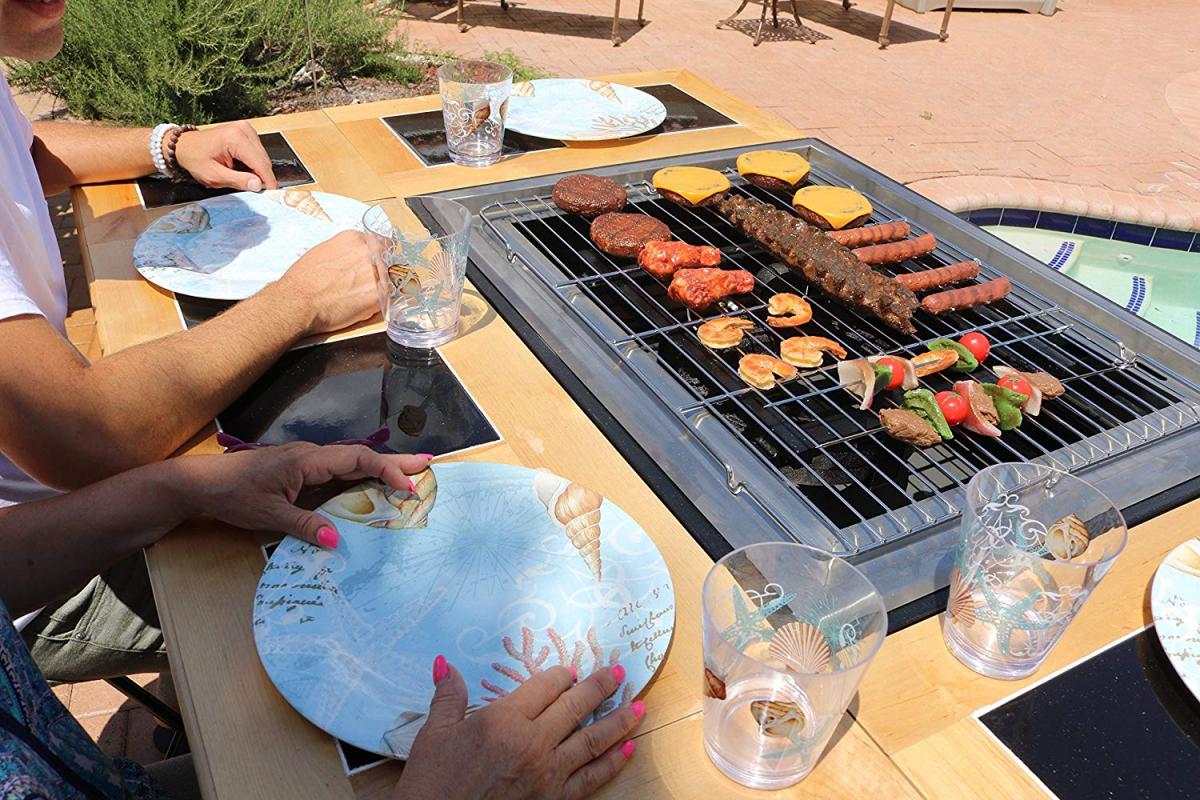 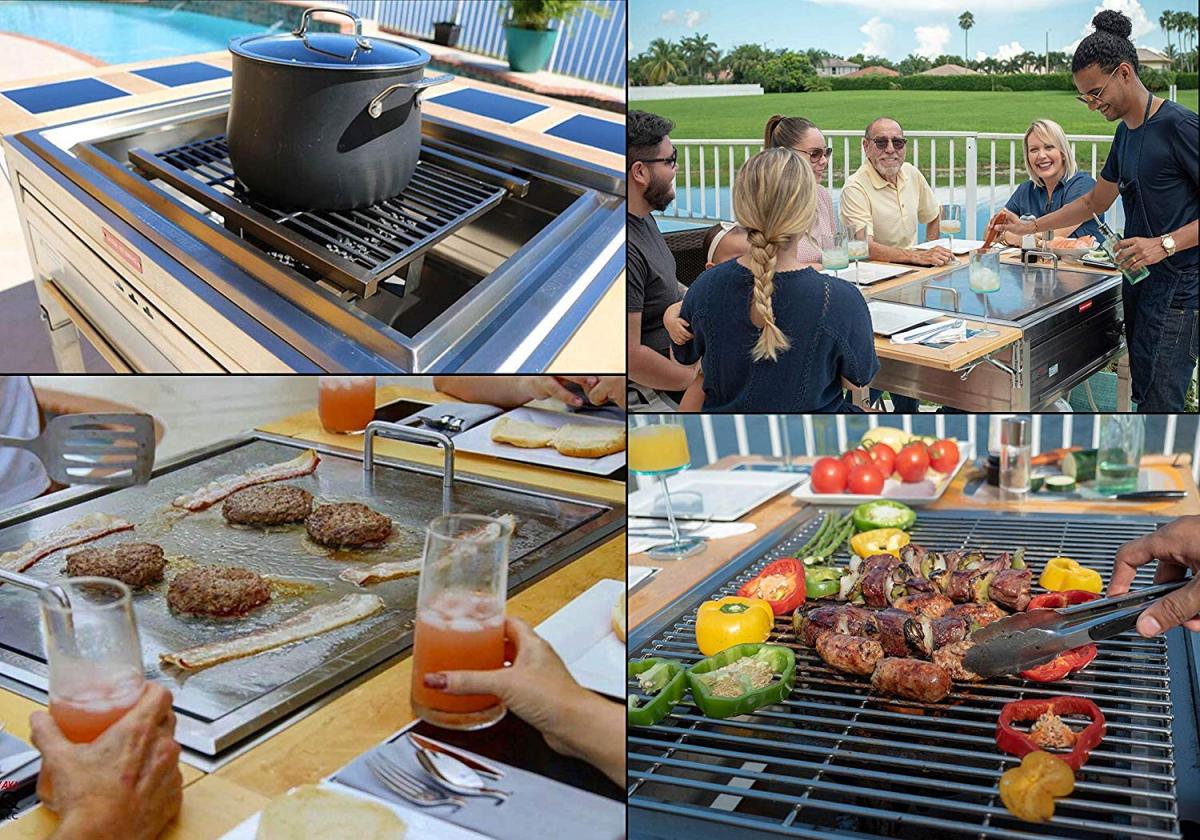 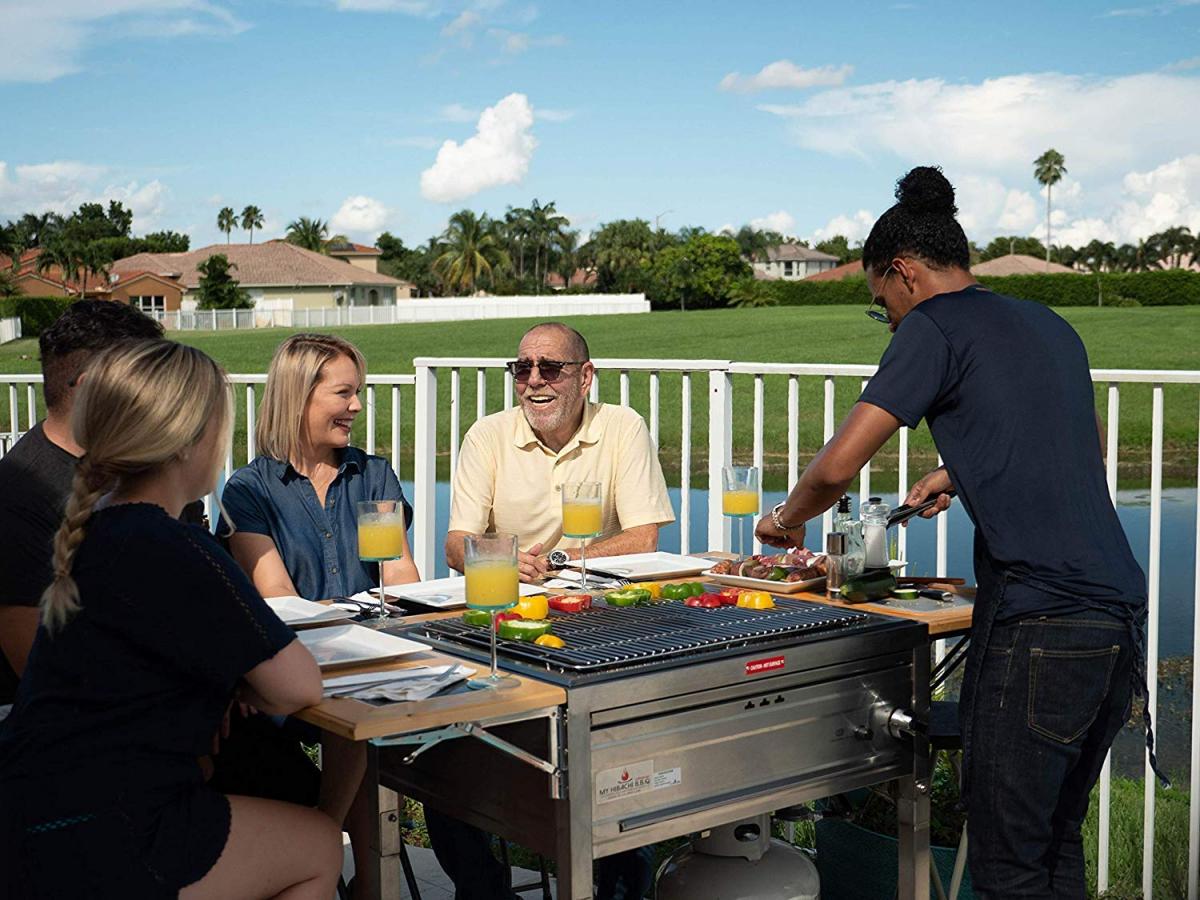 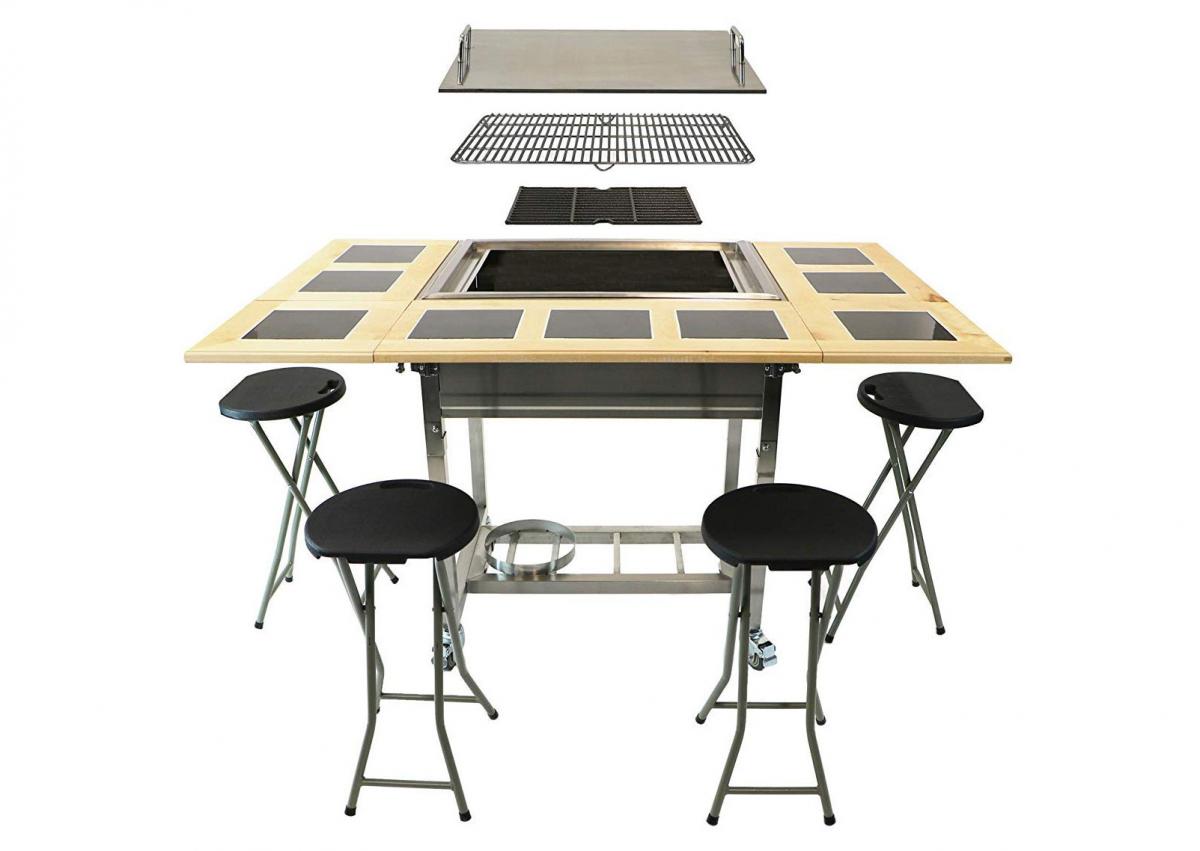 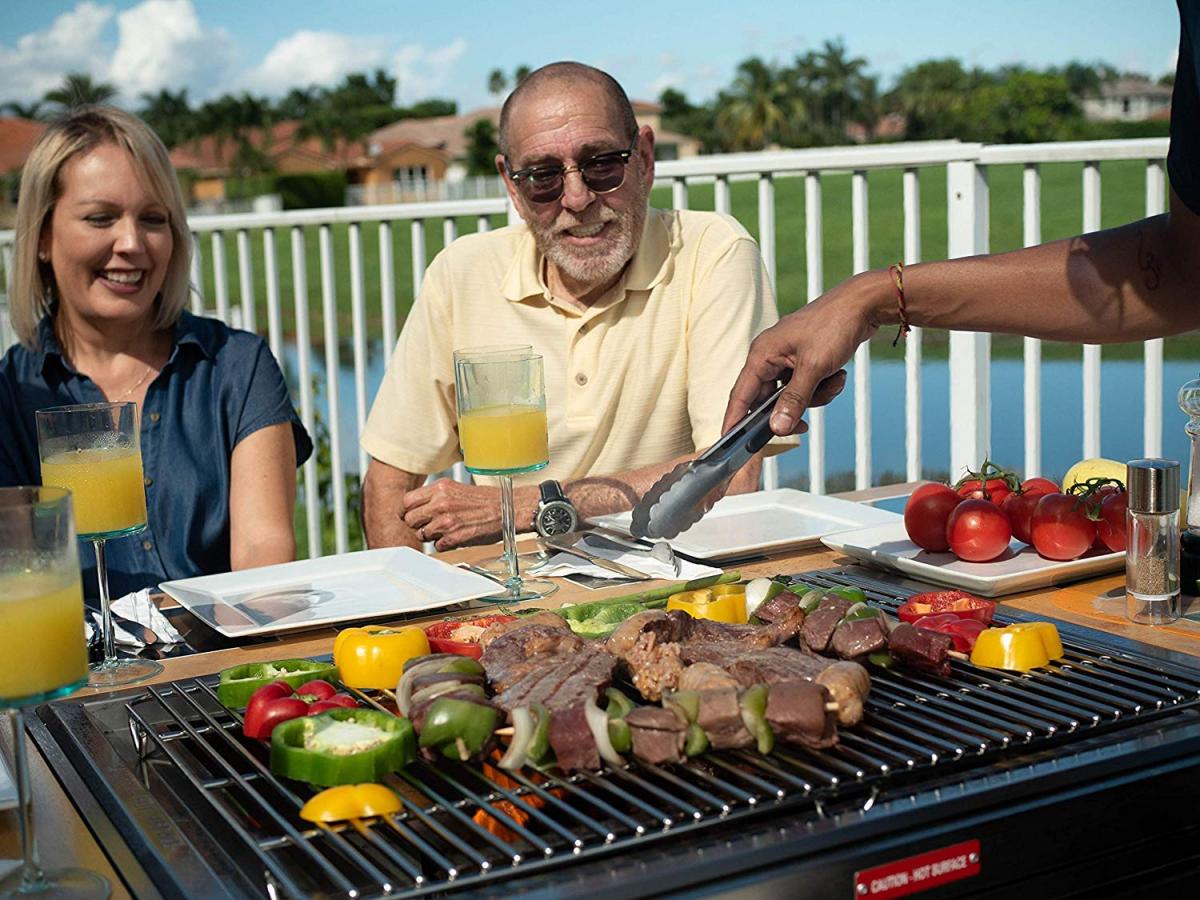 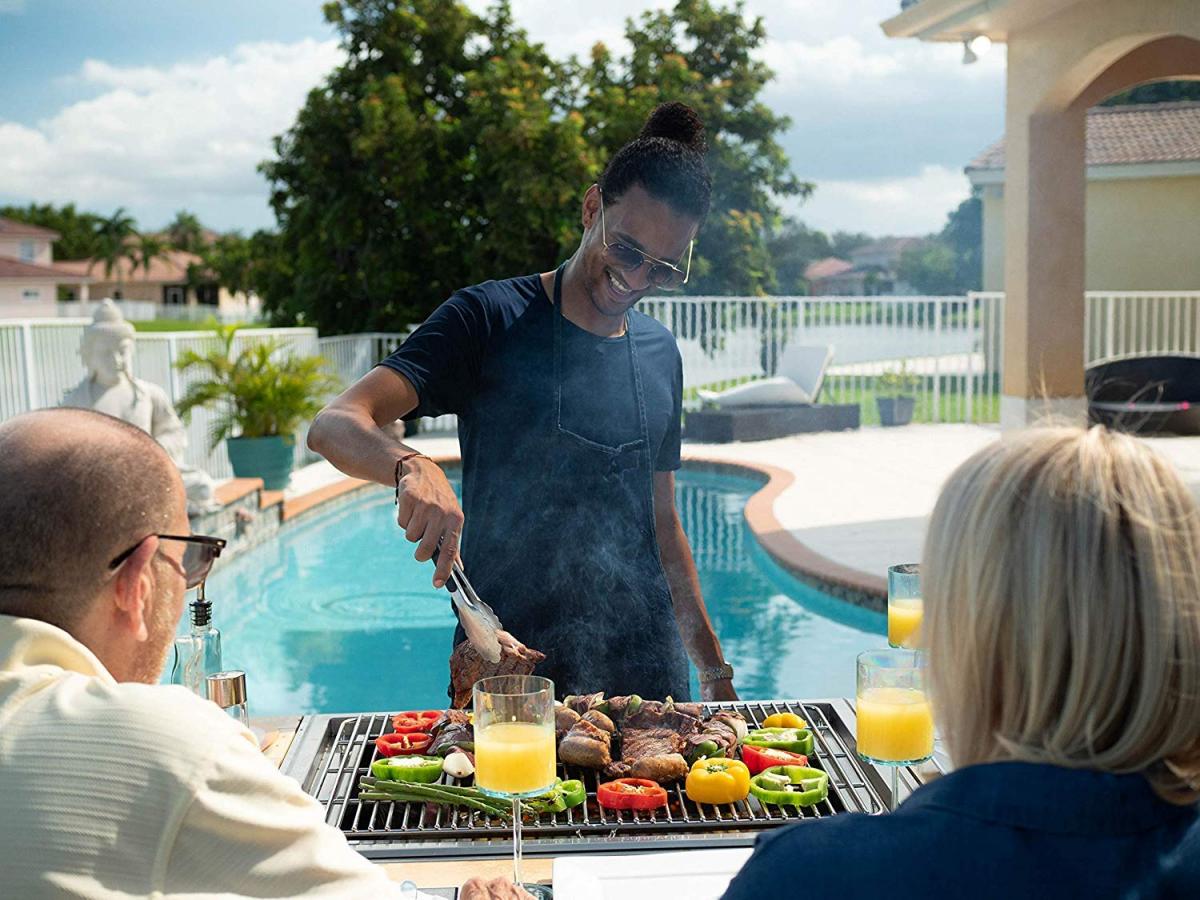 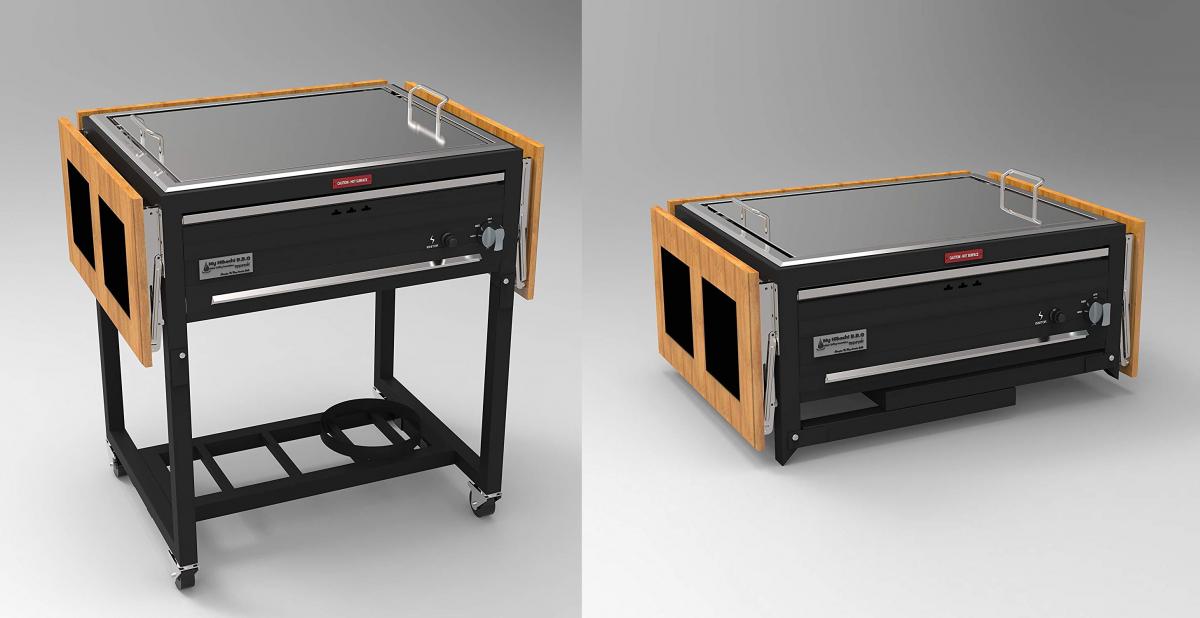 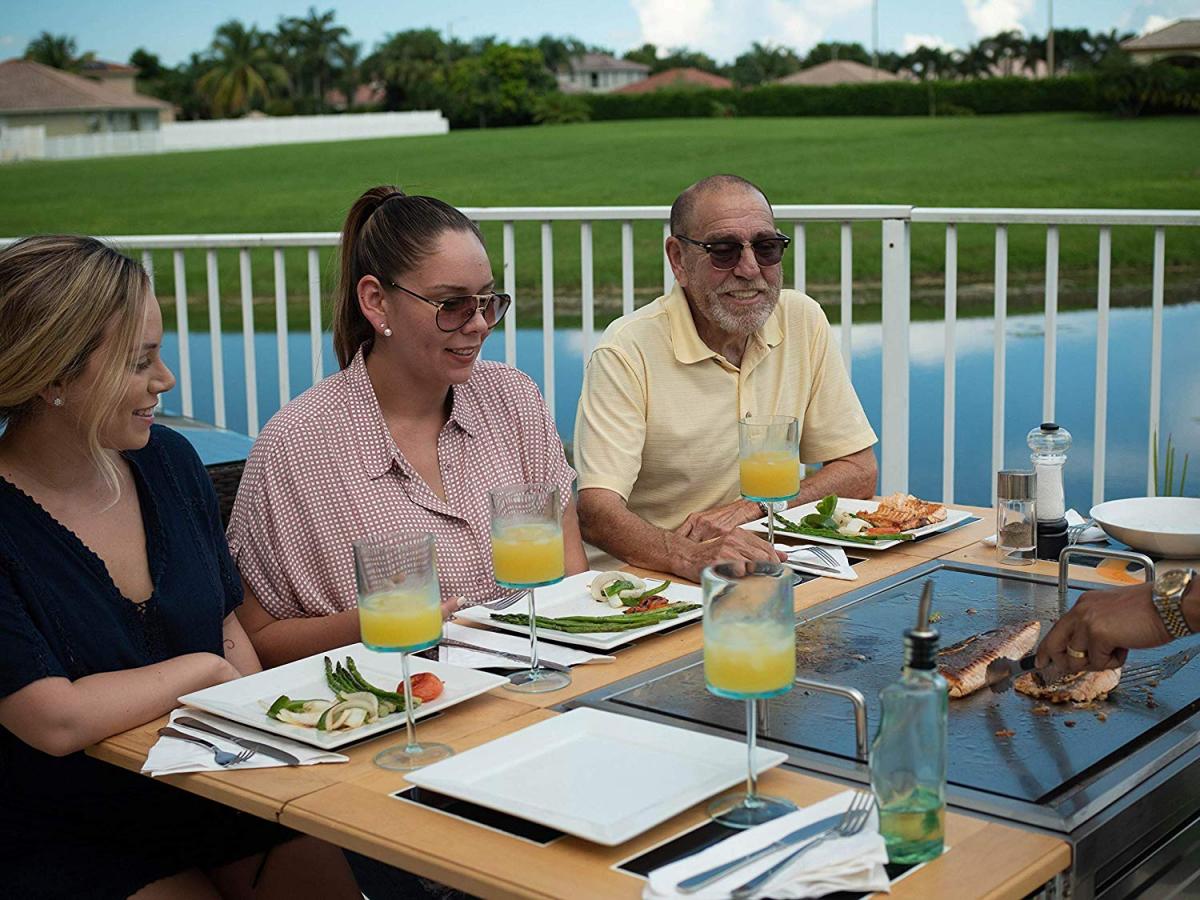 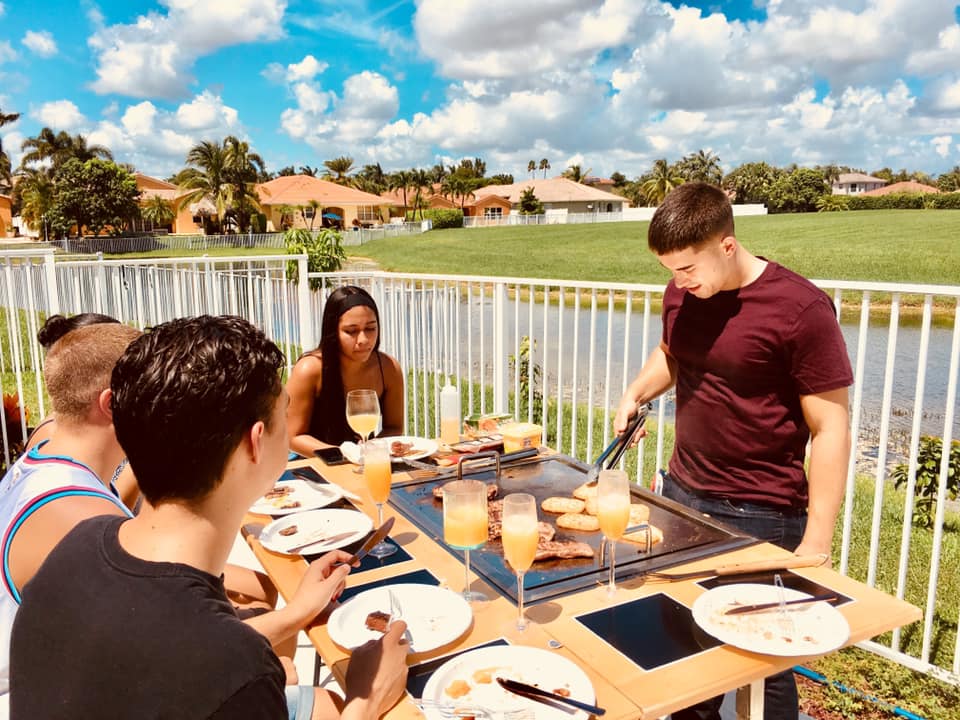 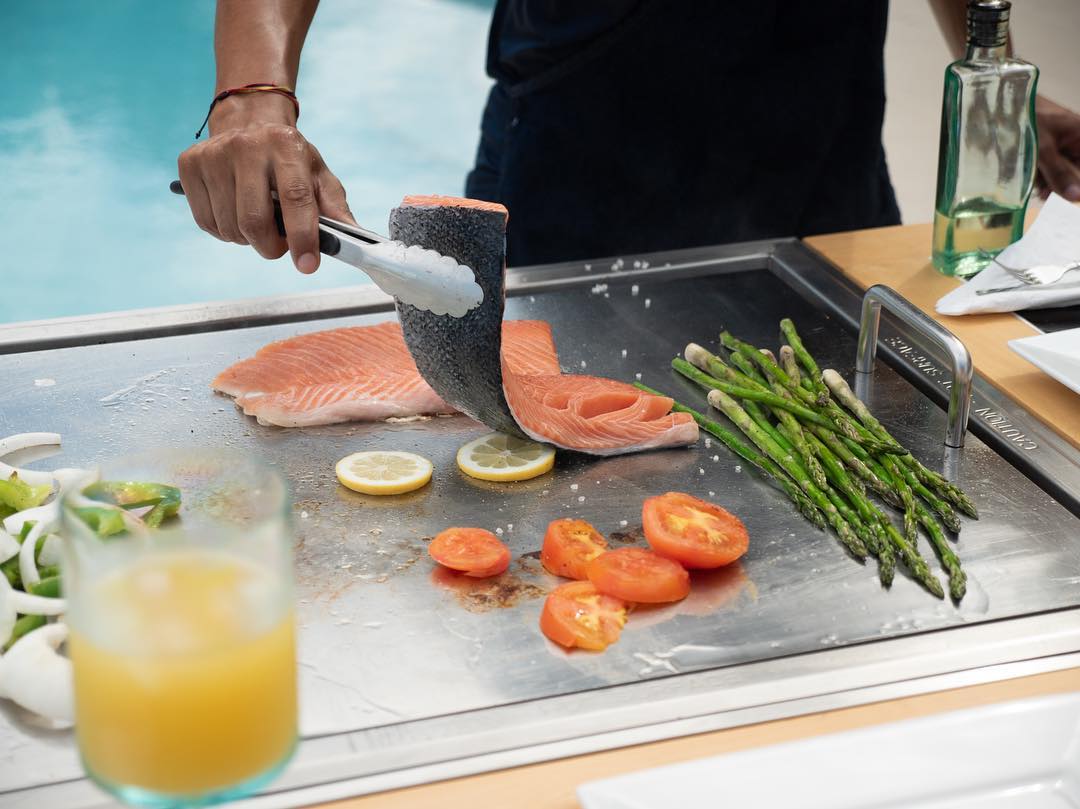 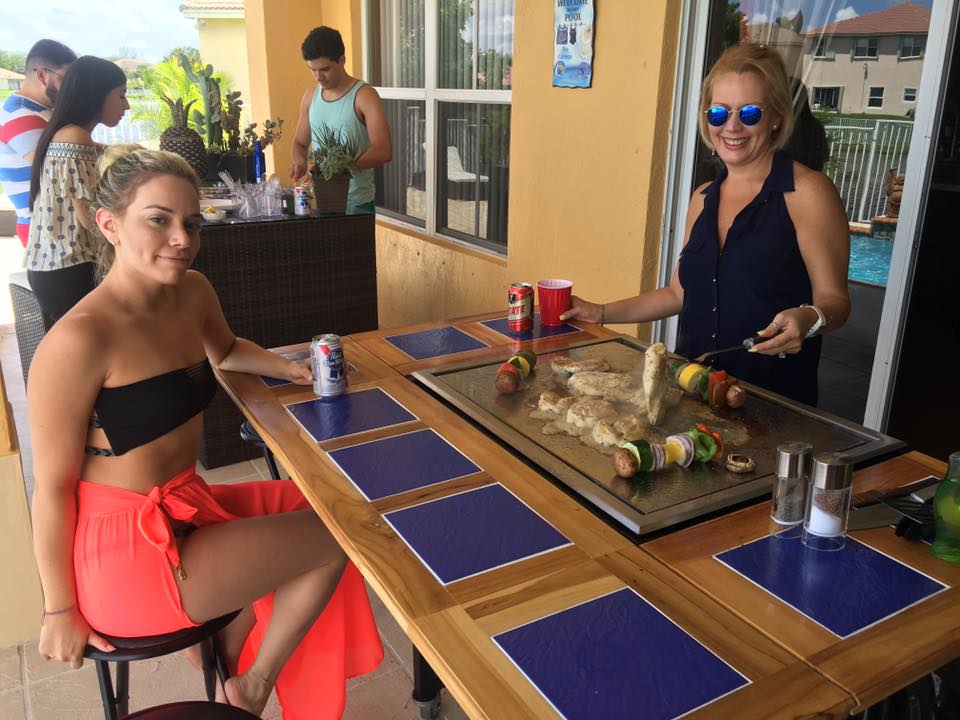 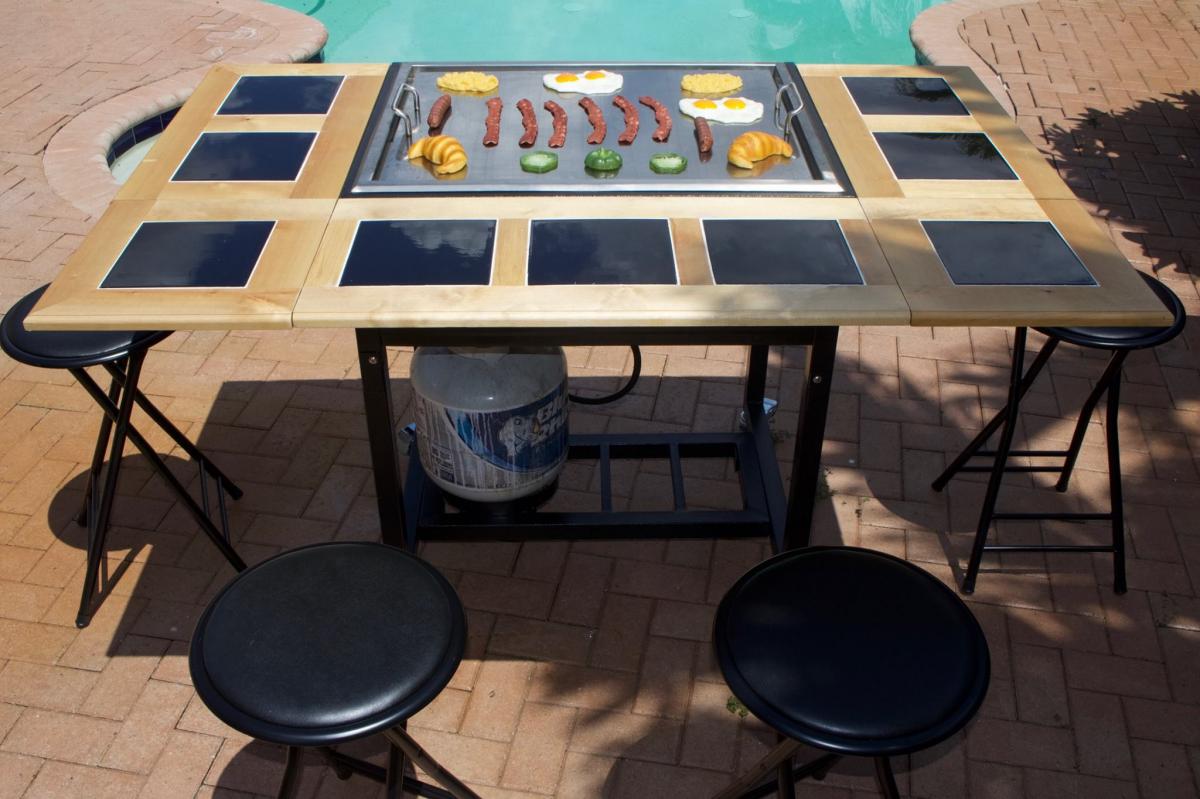