The Ambiguously Gay Duo bobble head is a delightful art piece featuring Ace and Gary straddling each other, and is perfect for placing in your car so that as you take turns, accelerate, or brake, the gay duo will vigorously thrust their way to the purest state of vigilance while keeping the city safe from those pesky Republicans. Voiced by Stephen Colbert and Steve Carrell, the ambiguously gay duo was a comedy sketch cartoon on Saturday Night Live and is now available in bobble head form exclusively for the Entertainment Earth Convention. It is currently available for pre-orders only which will ship out in July of 2014.

The Ambiguously Gay Duo Bobble Head has a non-damaging sticky pad on the bottom of it so you can stick it to any surface, measures 4 inches tall, and is sure to offend your Grandmother as you drive her to the doctor. Check out the gay duo bobble head in action via the video below. 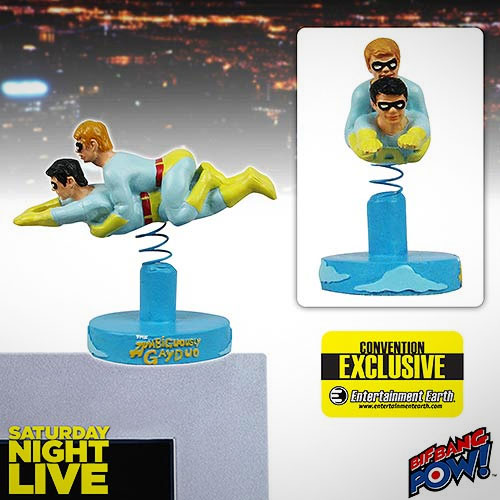 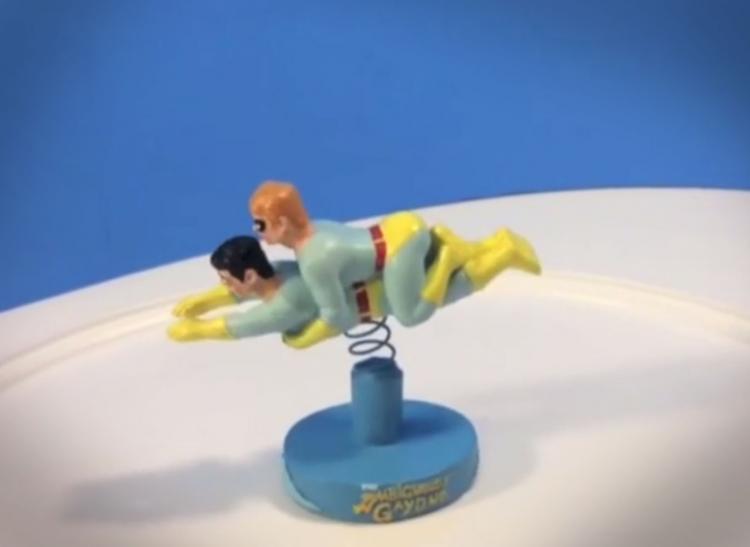 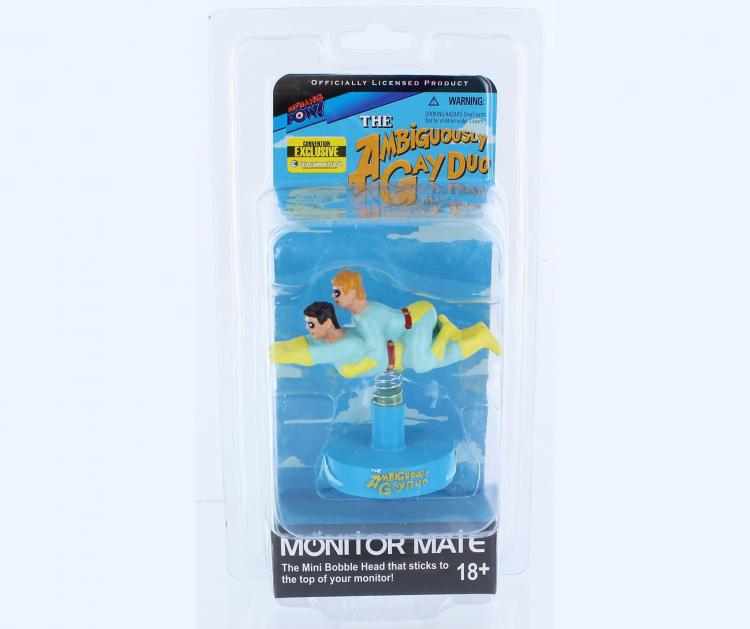 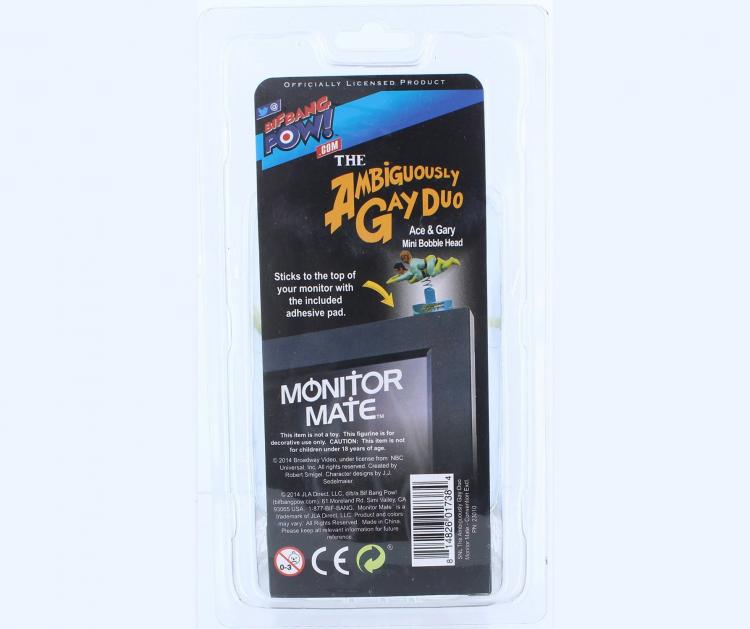