You know those fake rabbits that run along the side of race tracks for the horses and dogs to chase while they race? That's pretty much what this device does, except it's a mini version that goes in a circle that you can setup right in your backyard. It's remote controlled, and will certainly allow your dog to burn off some energy as they vigorously chase it in circles.

Called SwiftPaws, the game is like capture the flag for your dog. The game contains a bunch of electronic pulleys that pull a string around in a circle. You attach a white flag anywhere on the line, and the motor and pulleys will put it around in a circle really fast for your dog to chase.

You can setup the pulleys in any shape you like, depending on how many pulleys you have. Just stake the pulleys down, and run your string through each pulley. A remote control lets you control the speed and direction of the line right in the palm of your hand.

The SwiftPaws capture the flag toy for your dog sets up in just minutes in any backyard, and since it's powered by batteries, you can use it anywhere without the need for a plug nearby. 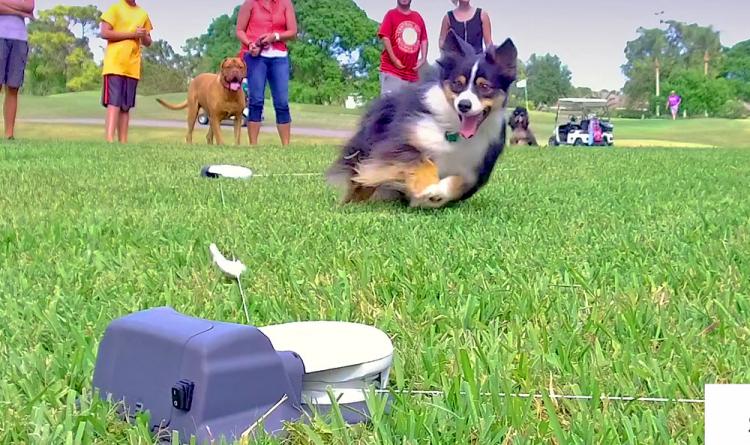 The SwiftPaws lure chasing dog toy works great both indoors and outdoors, and comes with 1 main pulley motor, 3 field corner pulleys, a battery and battery charger, and a starter pack with lures and lines. You can get more field pulleys to create extra long and extravagant shapes to make it even more fun for your dog. 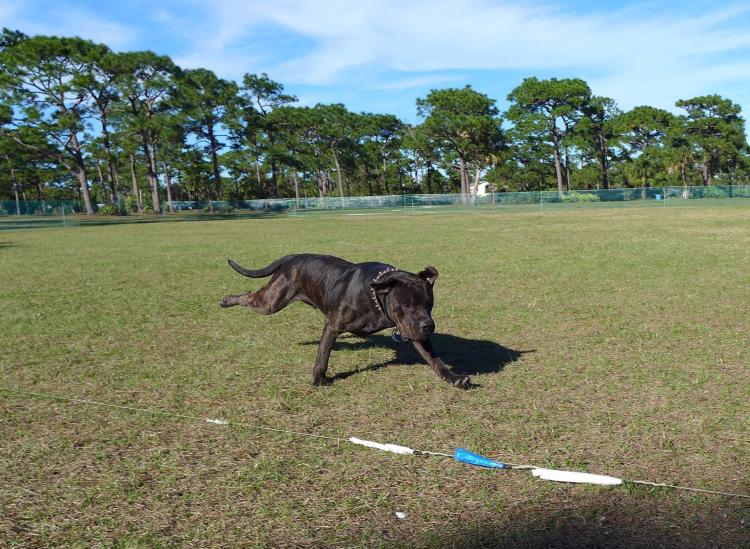 Check out the SwiftPaws lure chasing dog game in action via the video below. 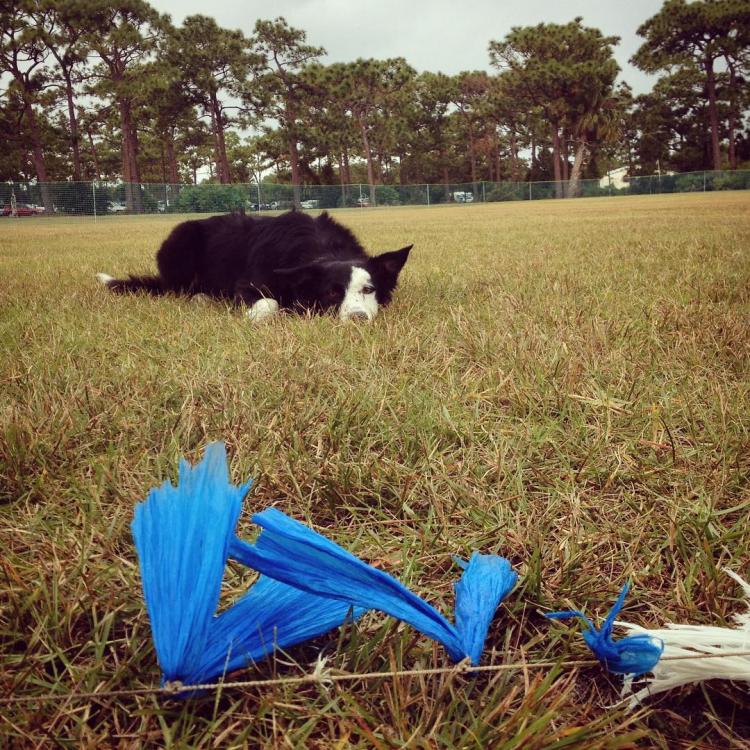 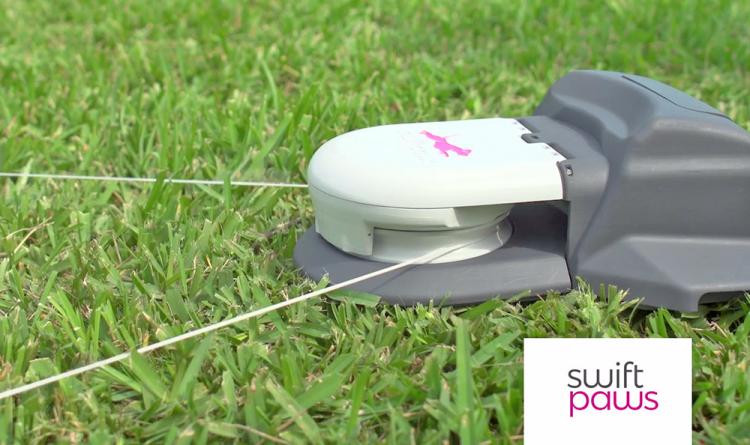 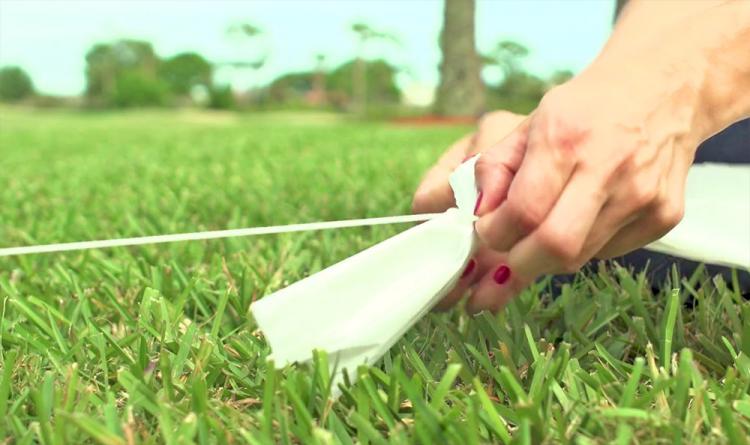 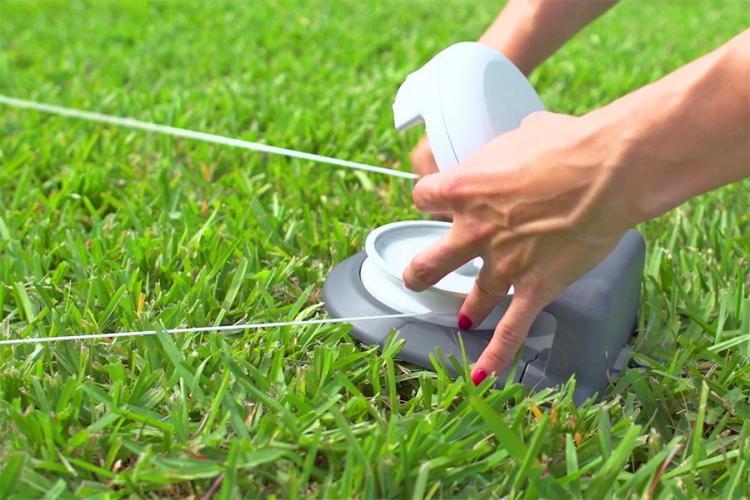 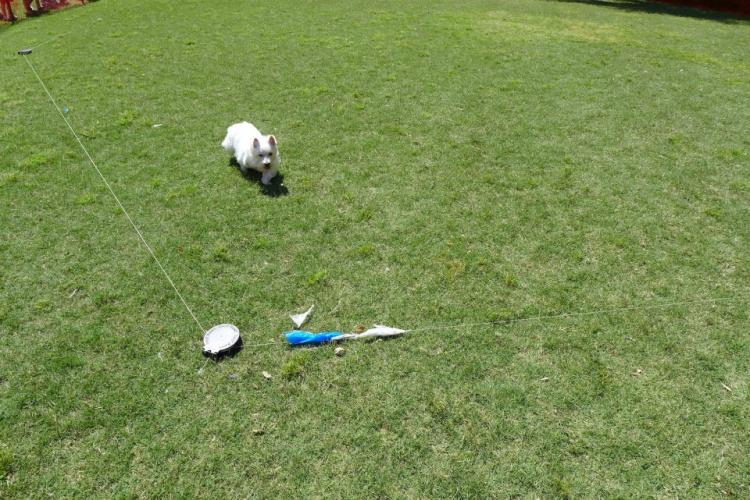 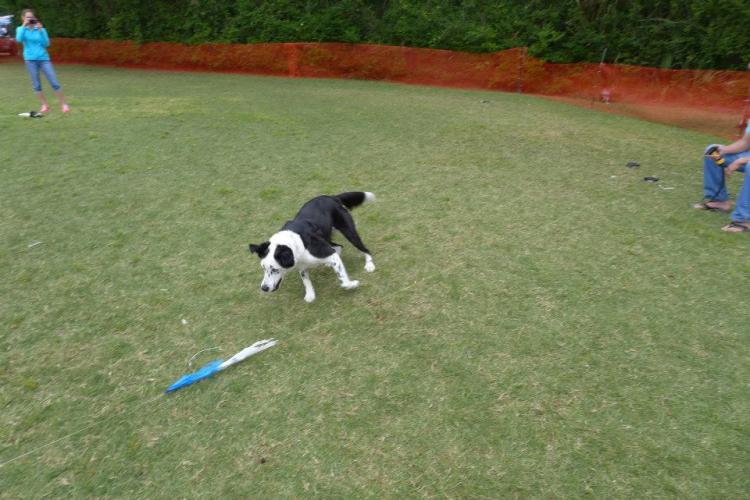