The Orbits Clock is a uniquely designed clock that contains 3 rotating circles all contained within each other, with the largest circle on the outside representing the hour hand, inside that circle is the minute hand, and inside that circle is the second hand. Each hand has a golden indicator on it to help in telling the actual time, which would otherwise be nearly impossible to do especially since there are no numbers on the face of the clock. The one thing you'll have to watch out for is running into it as you walk by it, as it sticks out over a foot from the wall. The Orbits Clock is yet another unique clock that tries its hardest to waste your time attempting to tell the time.

The Orbits Clock is made from a metal base along with carbon fiber orbits which makes them extremely light and easy to move, is powered via 2 AA batteries which are not included, and has a base diameter of 5.1 inches, along with the largest of the orbits measuring 13 inches in diameter. Check out the Rotating Orbits Clock in action via the video below. 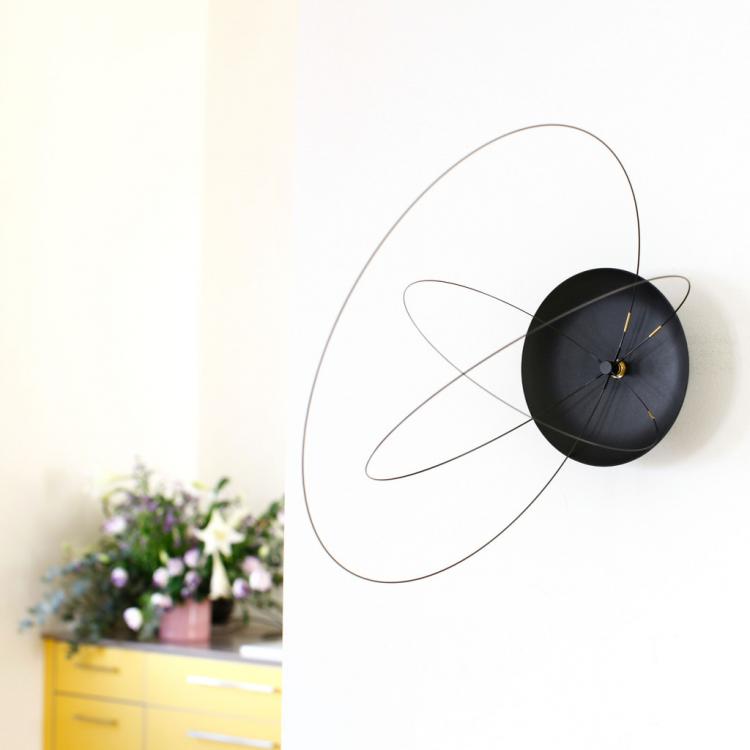 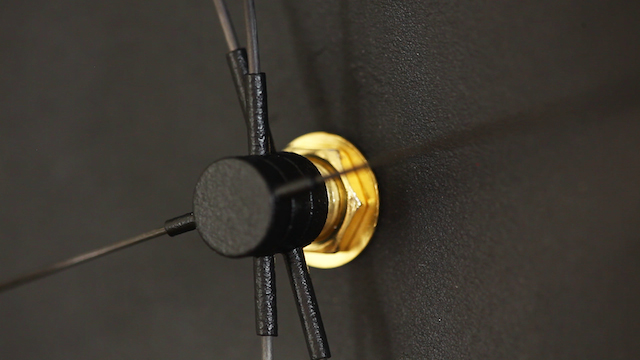 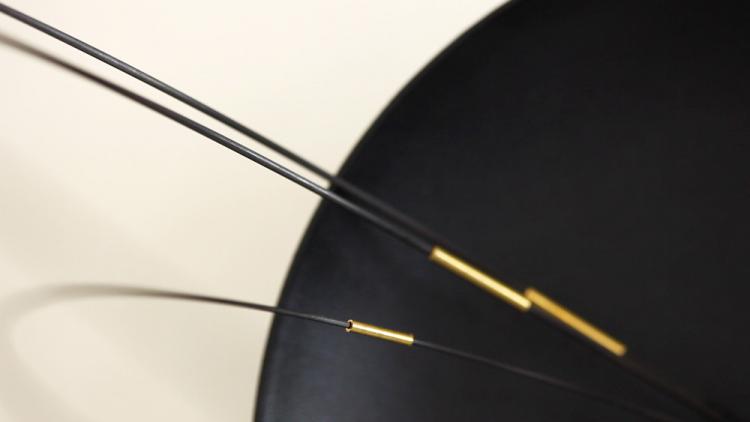 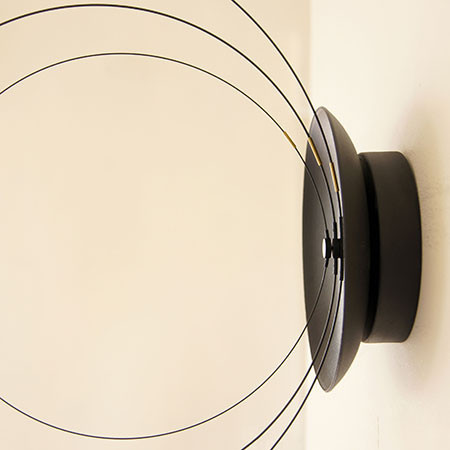 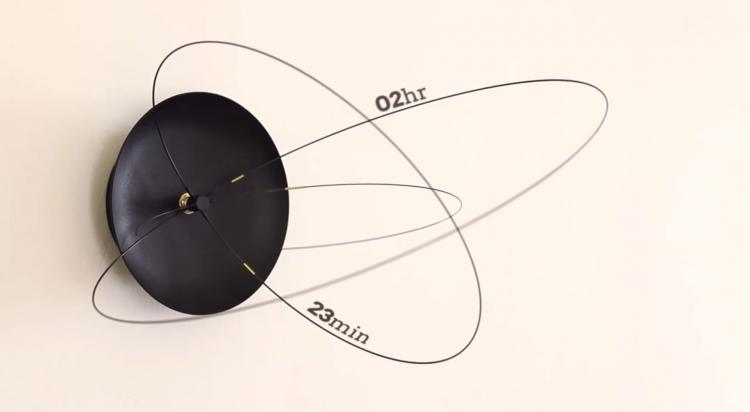 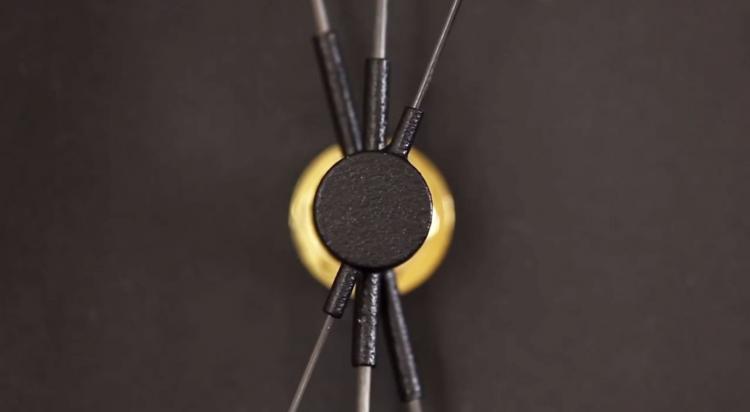 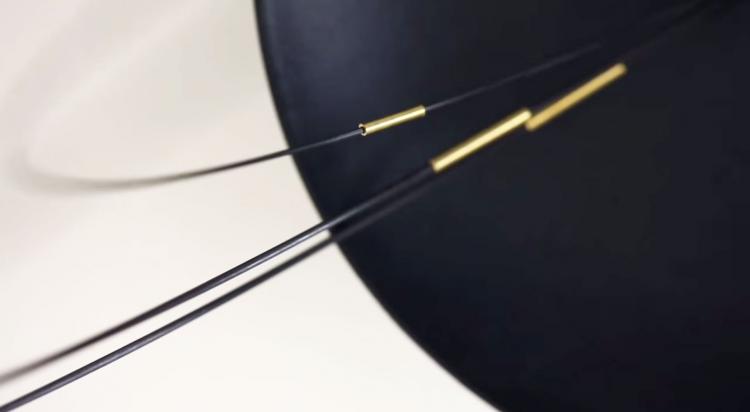 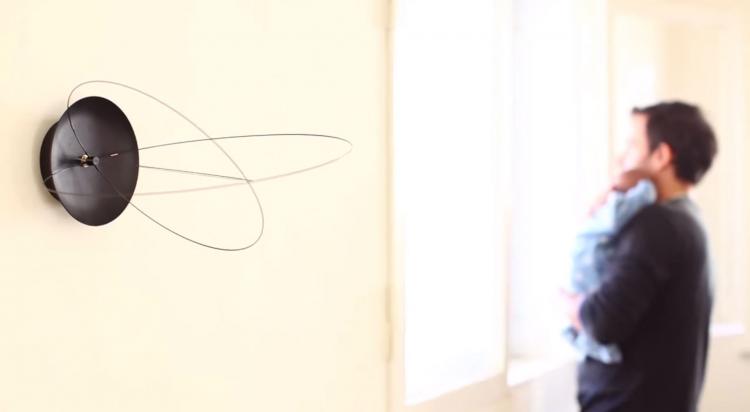