Clear Bar of Soap With A Razer Blade Inside 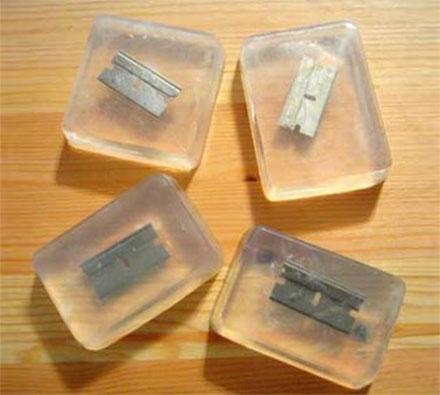 This bar of soap contains a rusty razor blade inside of it so that as the soap gets used and worn down, the razer blade will slowly start to reveal itself. It kind of becomes a game of hot potato with you and your roommates over who it will dig into first as you rub it over your body in the shower. A completely sick and deranged game, but a game non-the-less. Perfect for the dark soul that prefers to leave it to fate as to when they will get stabbed by a rusty razer blade, these razer blade soap bars also make a great gift idea for your family psychopath.

The razer blade soap bars are made from glycerin soap, and an actual razor blade that hasn't been dulled, are sold individually, and due to the hydrophilic properties of the soap, the razer blade inside may be rusty as the oxidation of the blade occurs at different rates. 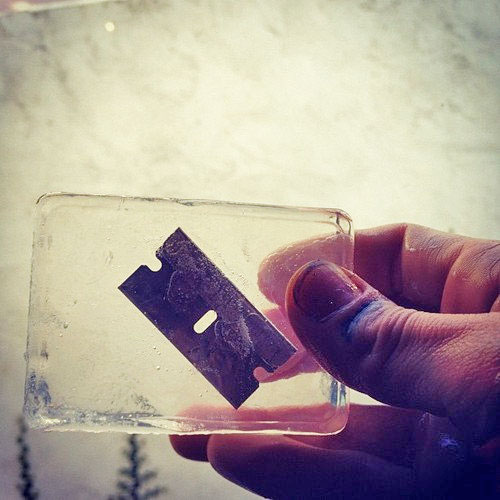