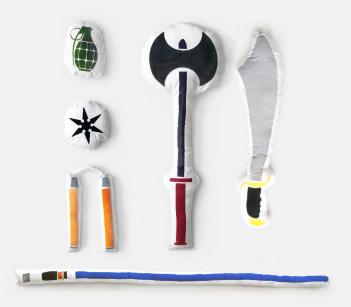 No longer will you need to fill your pillow case with lemons when entering a pillow fight. These pillow fight weapons are a set of pillows that are shaped like various weapons and will serve as your arsenal should you ever get challenged to a pillow fight duel from a child. The pillow fight weapons were originally a concept designed by designer Bryan Ku, though have recently come to fruition and are being sold on Amazon by DOIY Design a product design firm based out of Barcelona.

The soft pillow fight weapon pillows come as a set containing a double sided viking ax, a grenade, a scimitar, nun-chucks, a ninja star, and even a light saber for the Star Wars nerds. To have a proper pillow fight, one must use proper pillow weapons, and that just what this awesome little pillow set achieves! They're great for kids or even adults who love a good pillow fight challenge from their children! 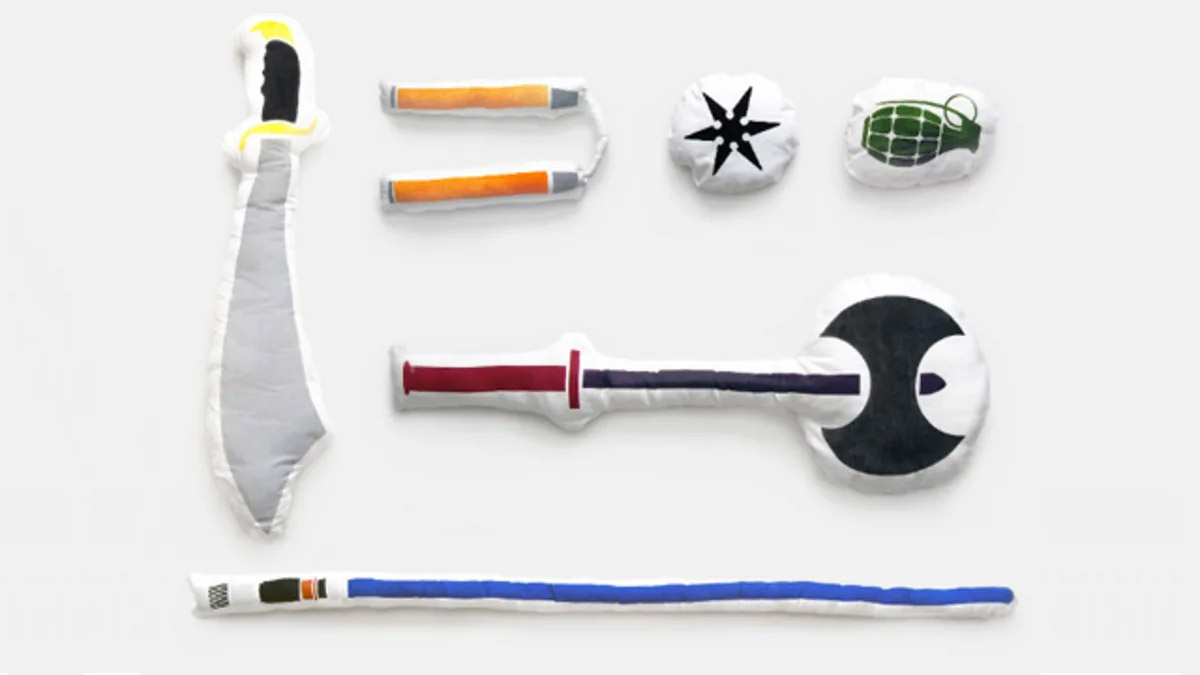 Another pillow fight weapon set exists from a company called Fat Spatula. They offer a set of 11 different pillow weapons, including a bat with nails, ninja stars, a giant leg of ham, a giant fish, Thor's hammer, a double-blade battle axe, an ugly stick, a tennis racket, grenade pillows, and more. Each one is handmade from original artwork and printed onto a heavy twill fabric with triple stitched seams so you can beat the living daylights out of any worthy opponent. 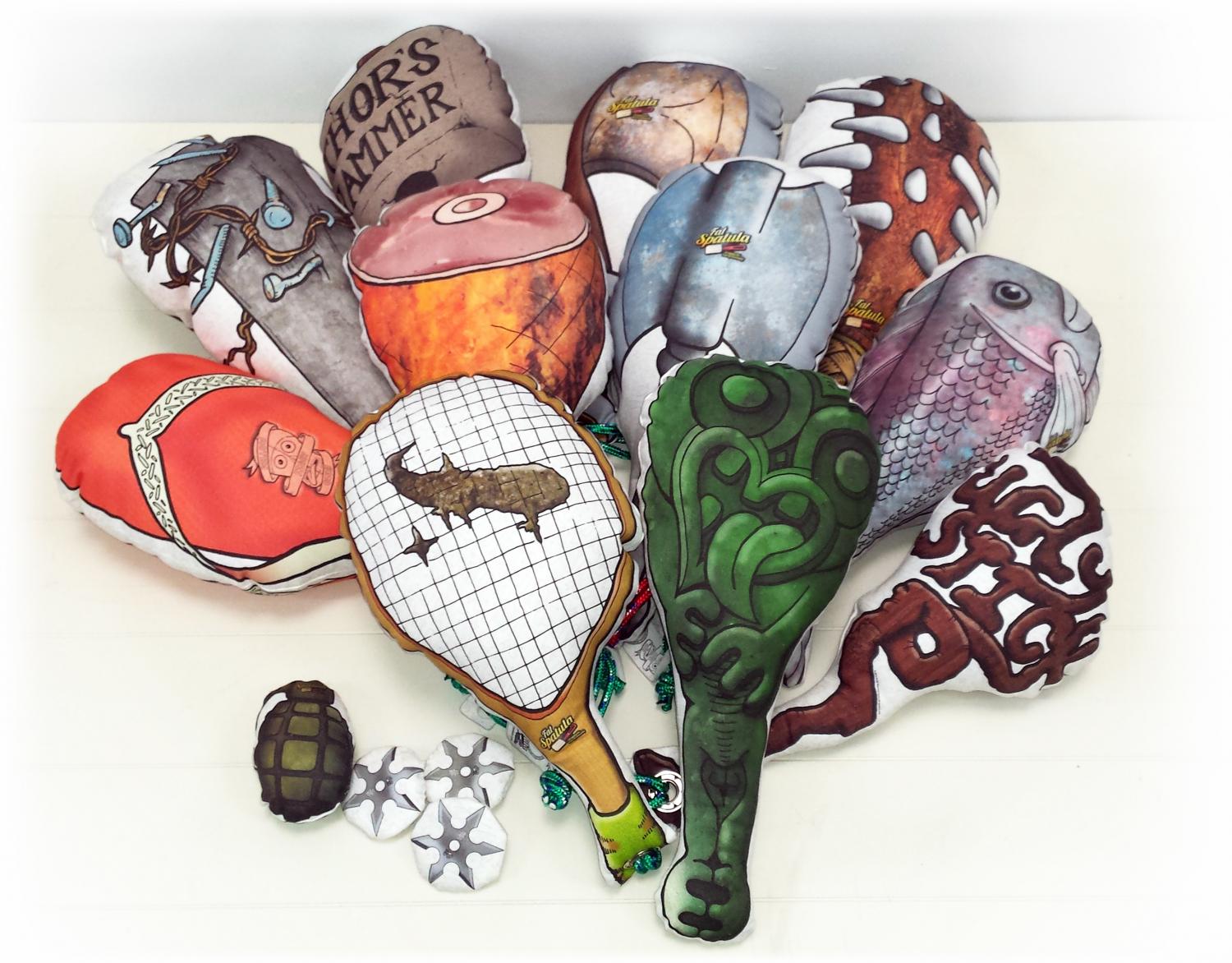 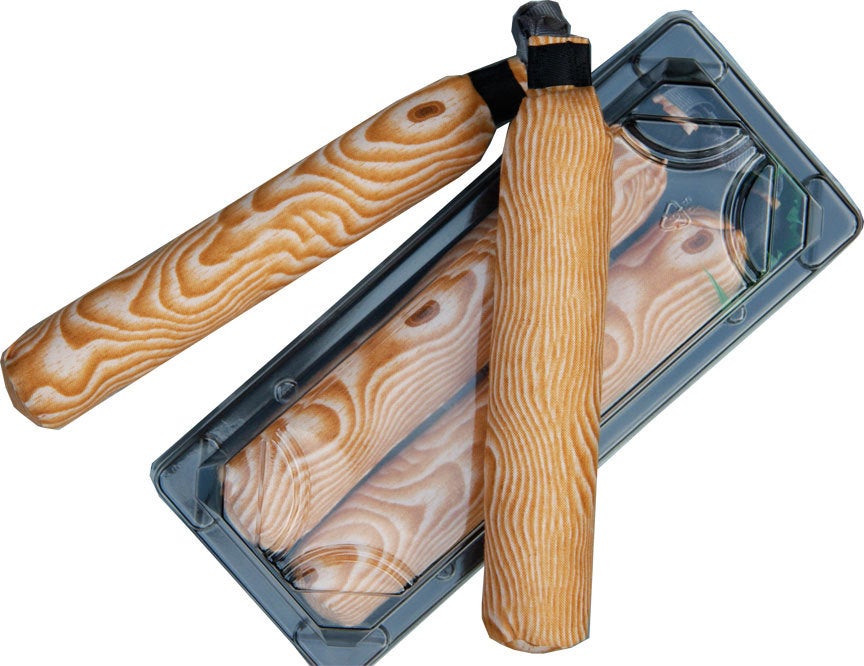 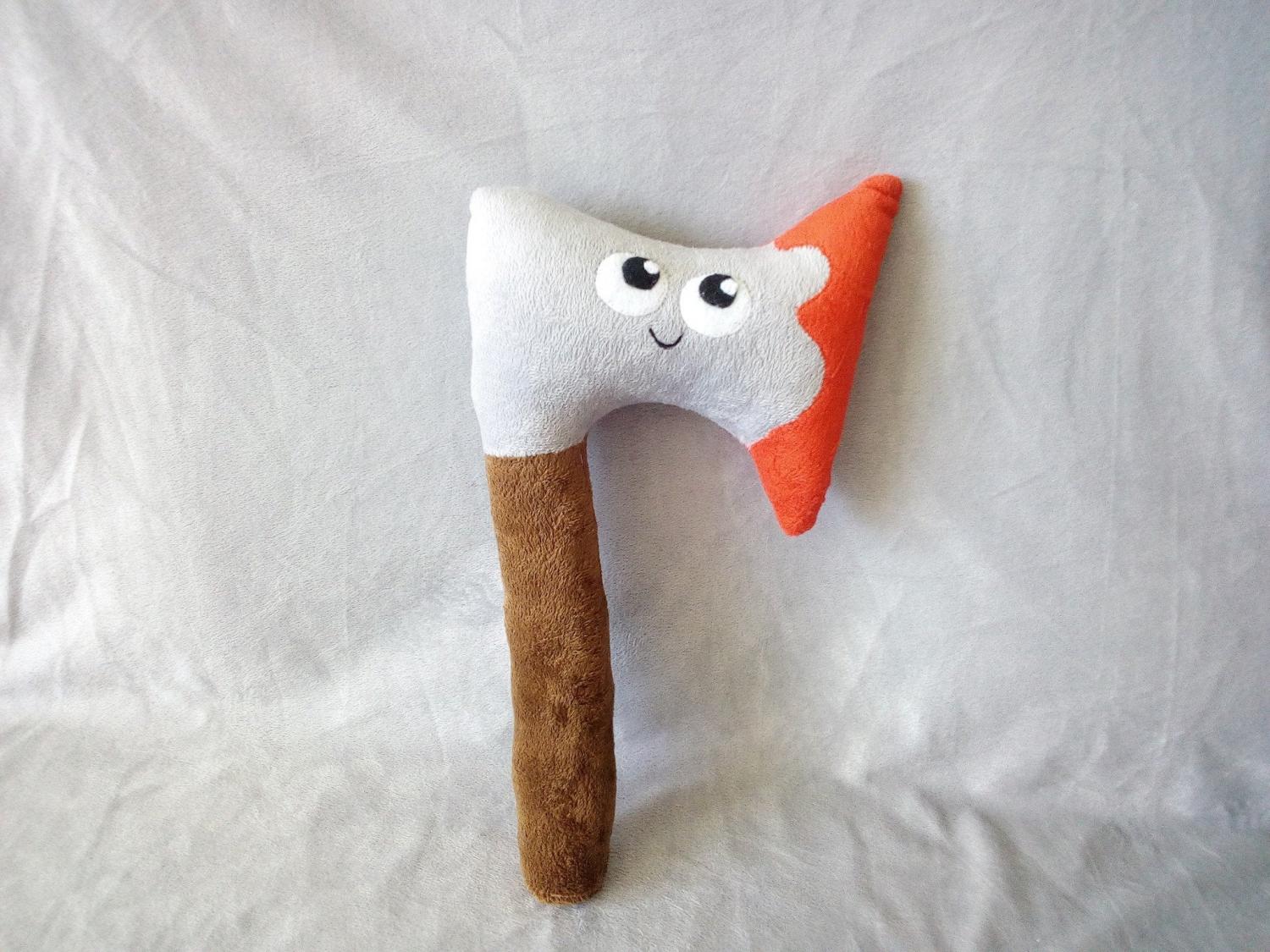 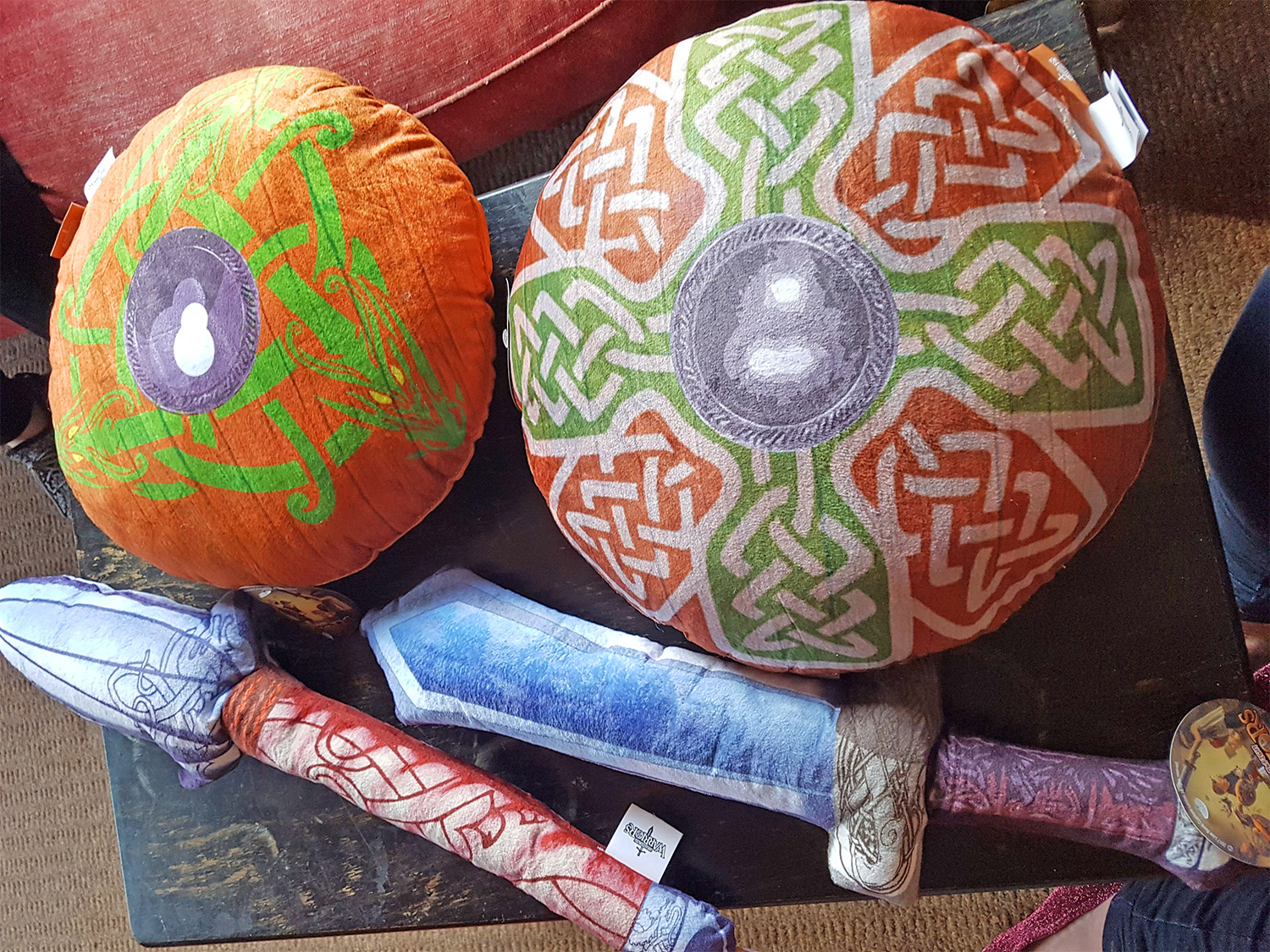 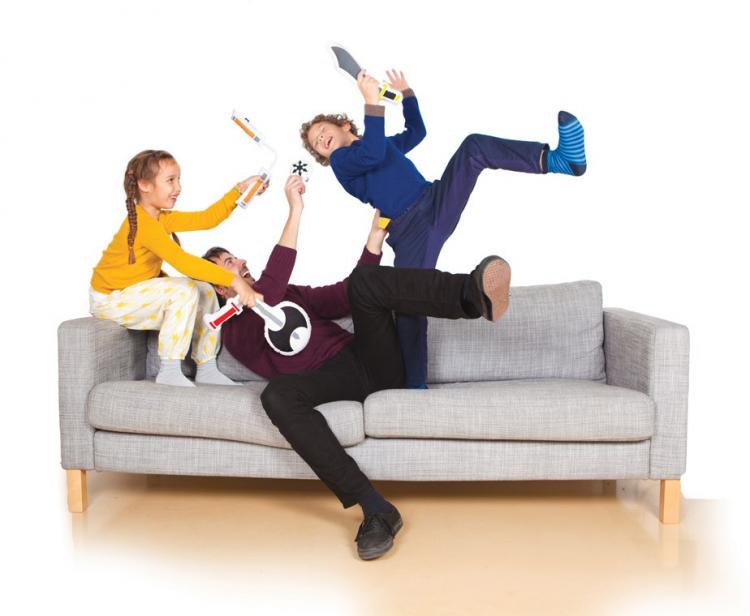 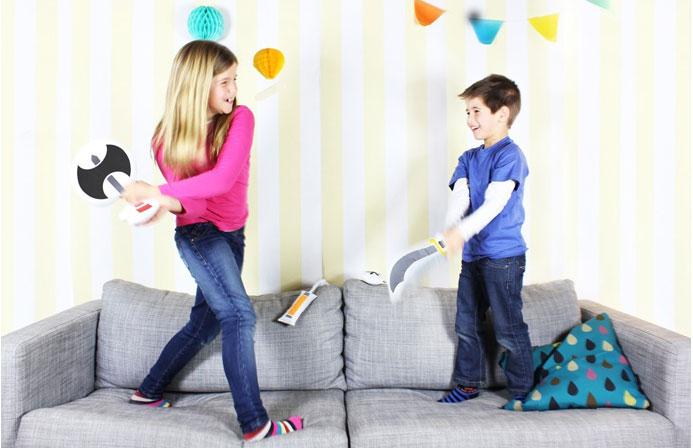 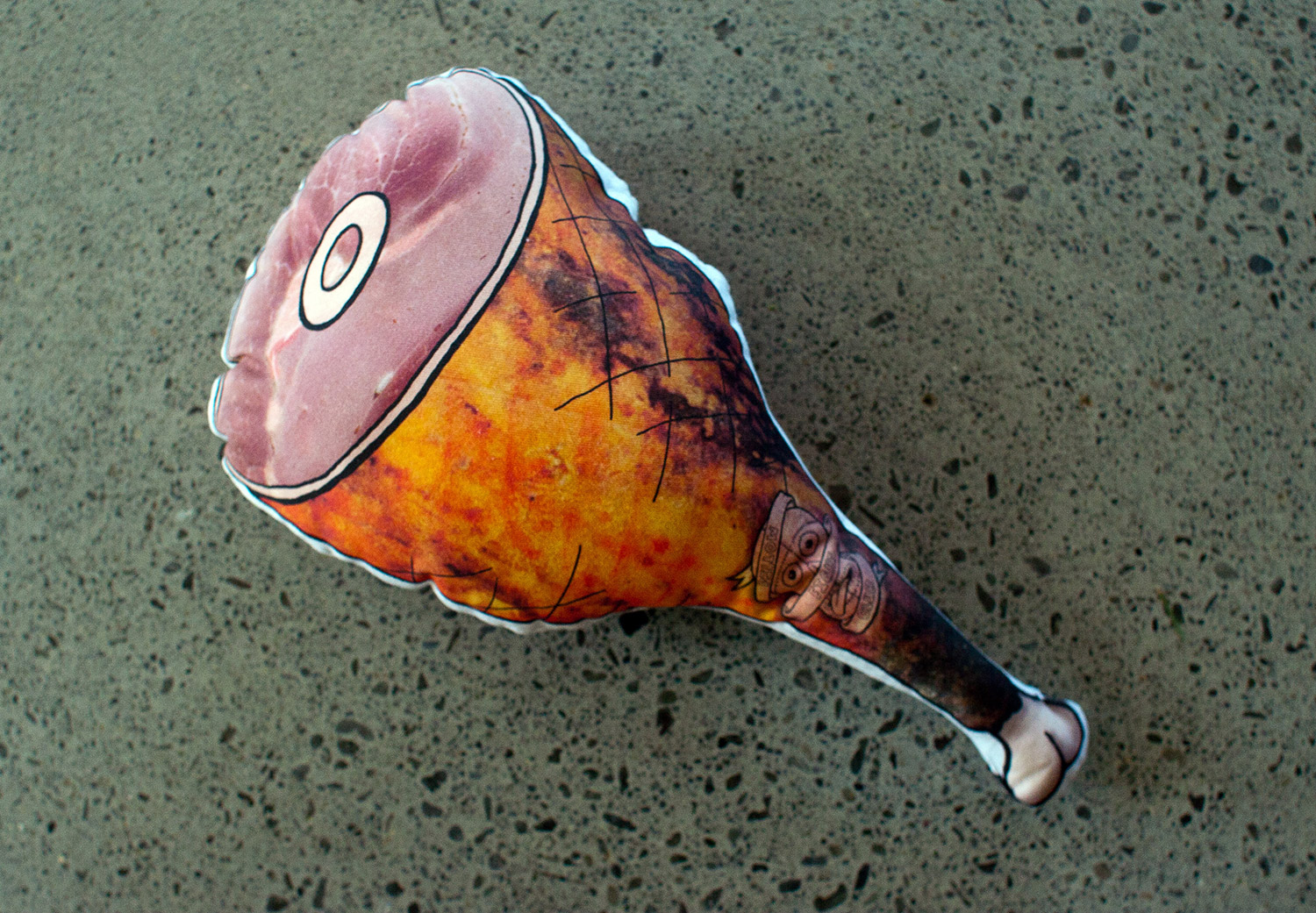 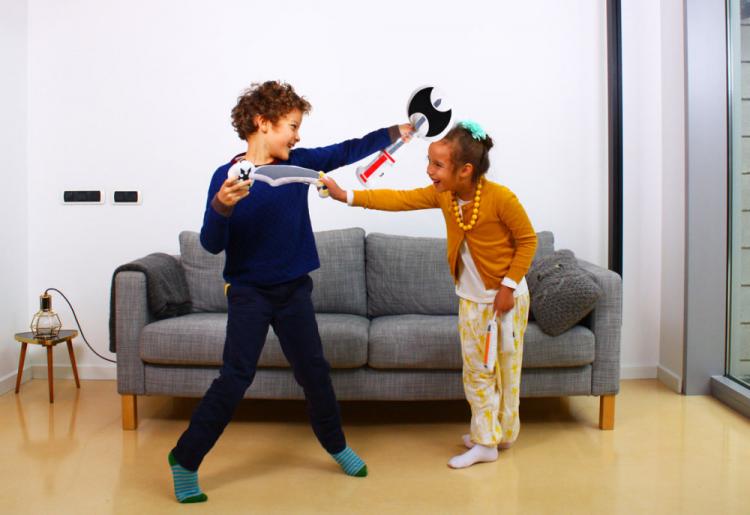 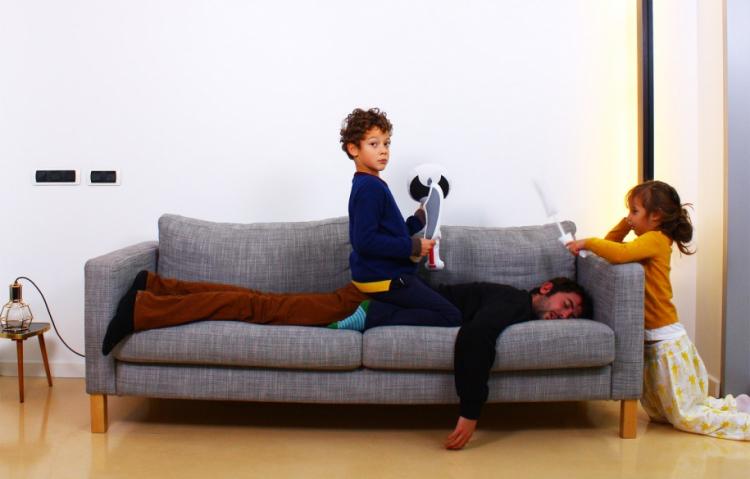 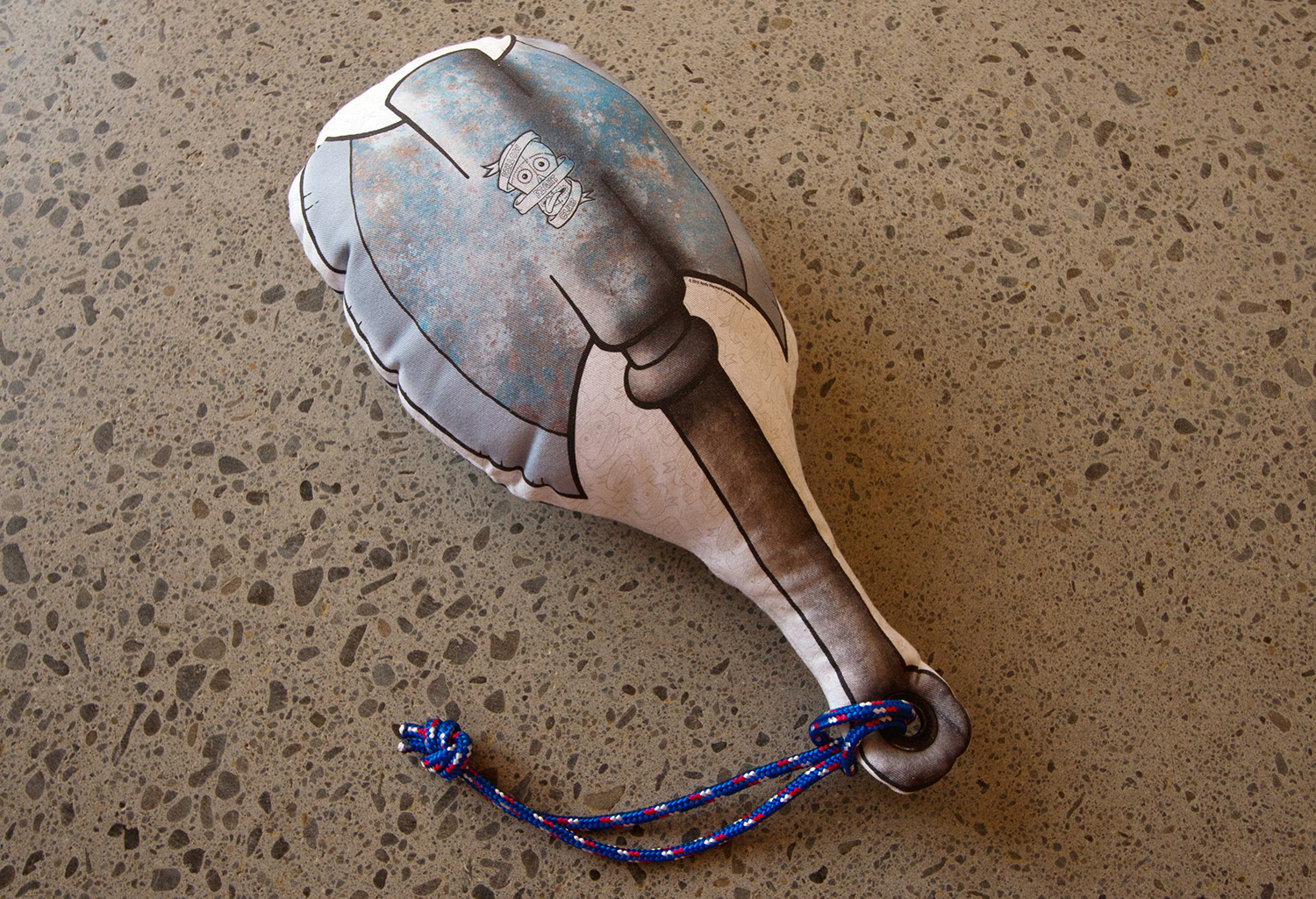 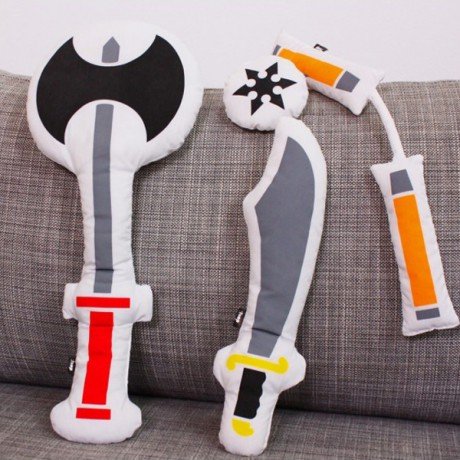 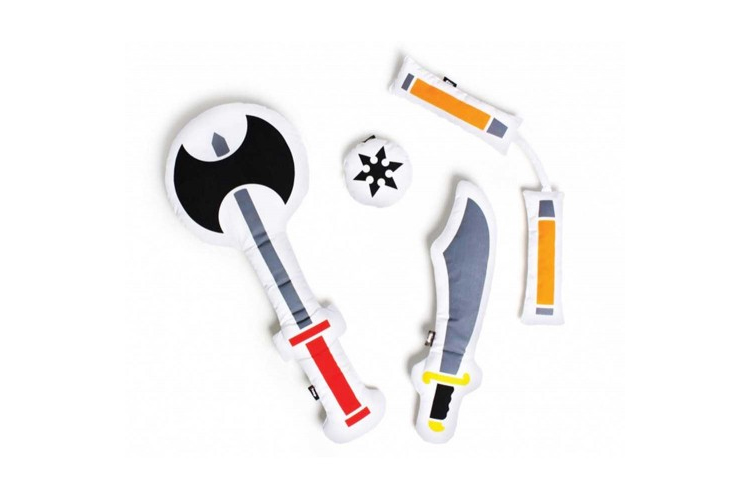 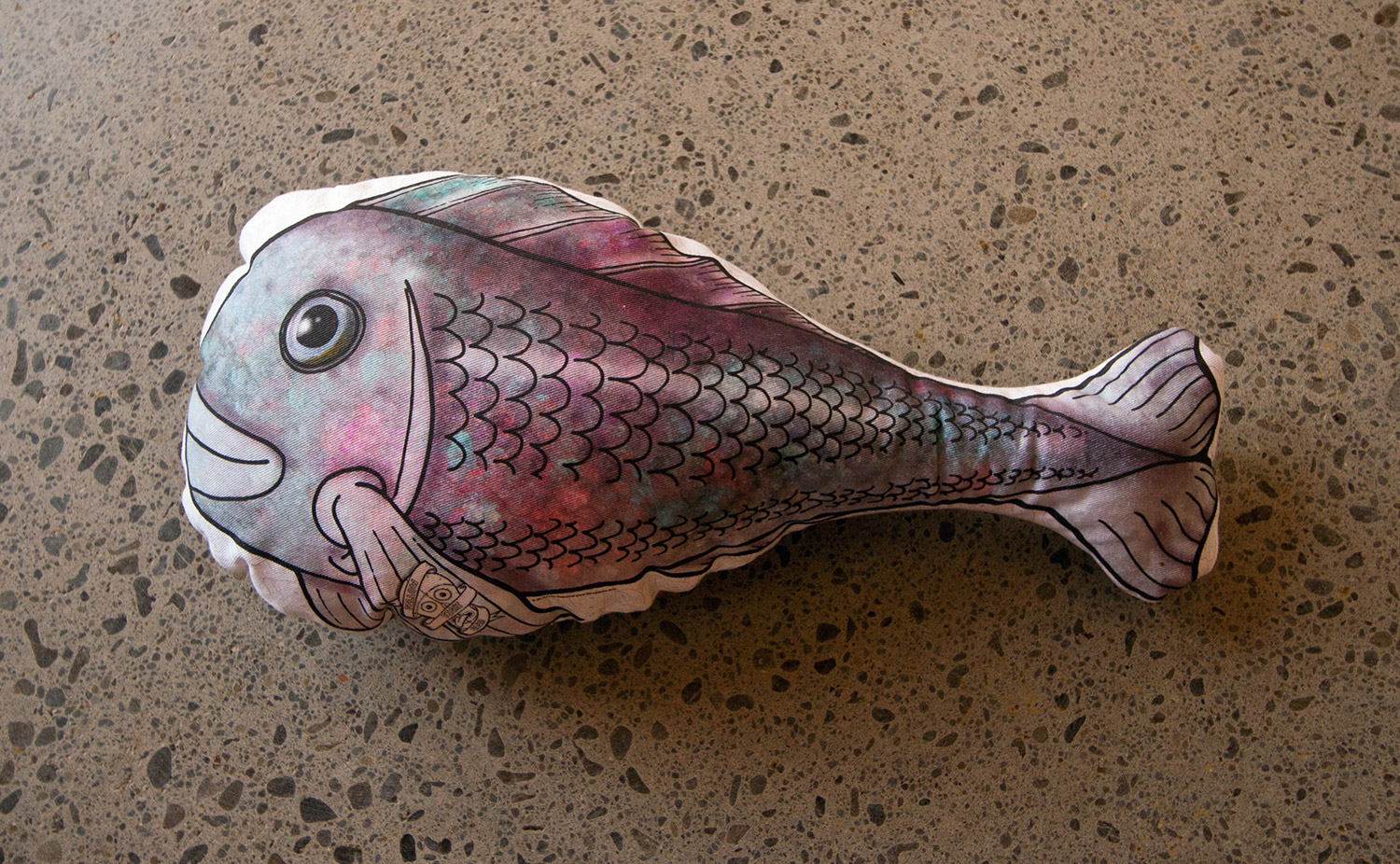 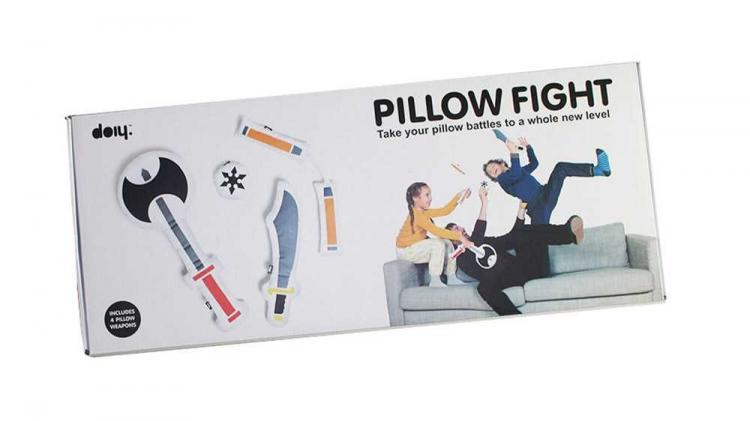 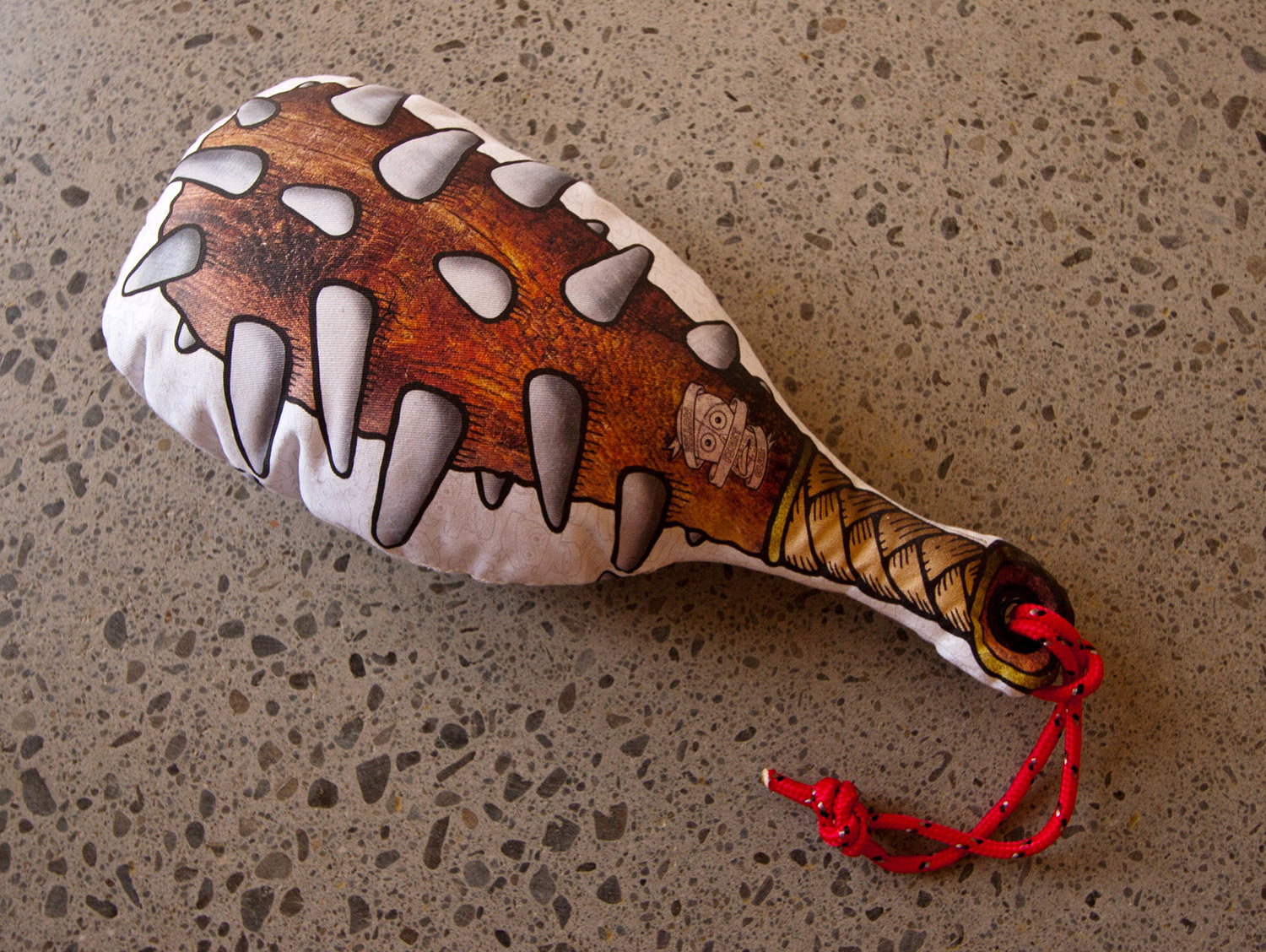 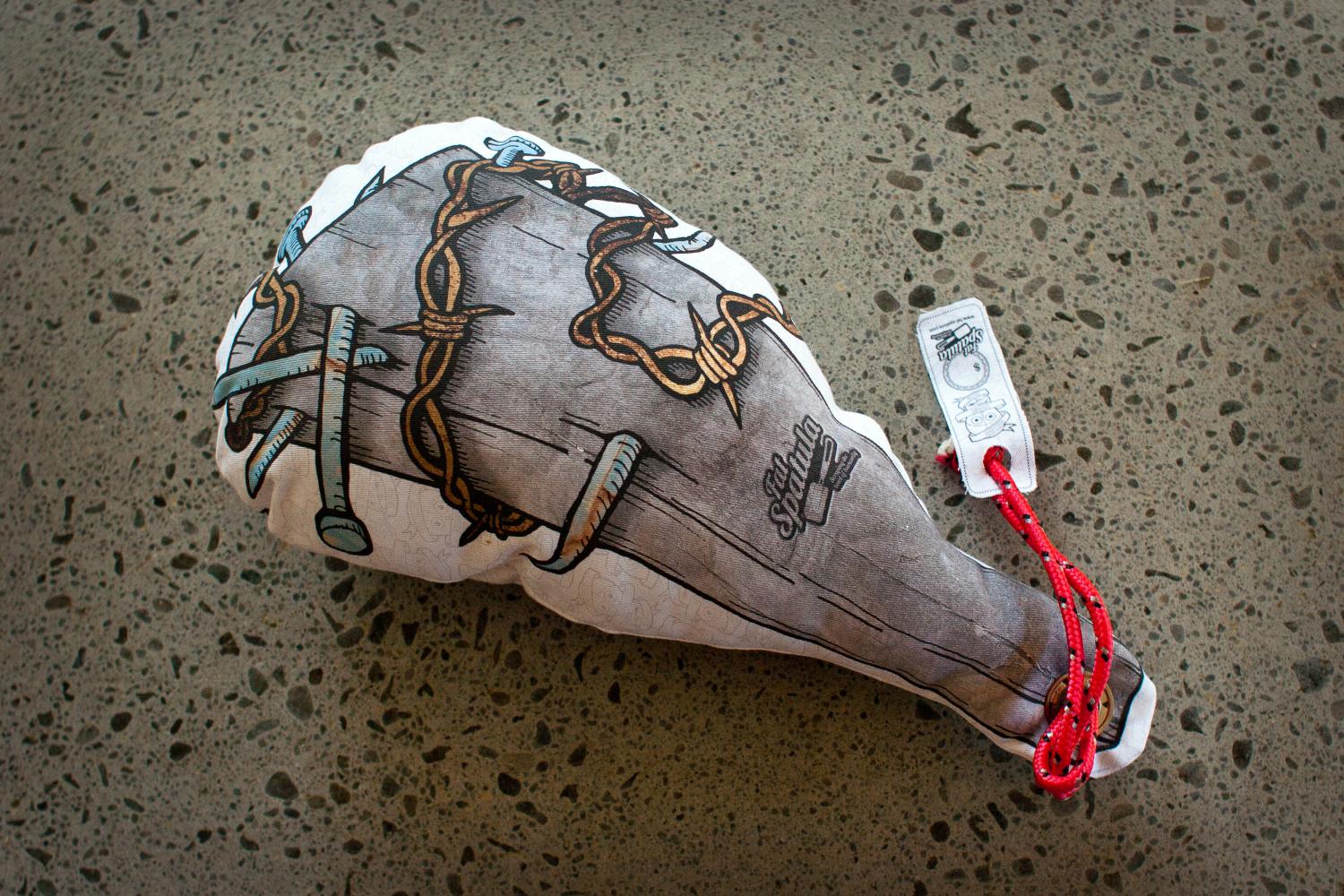 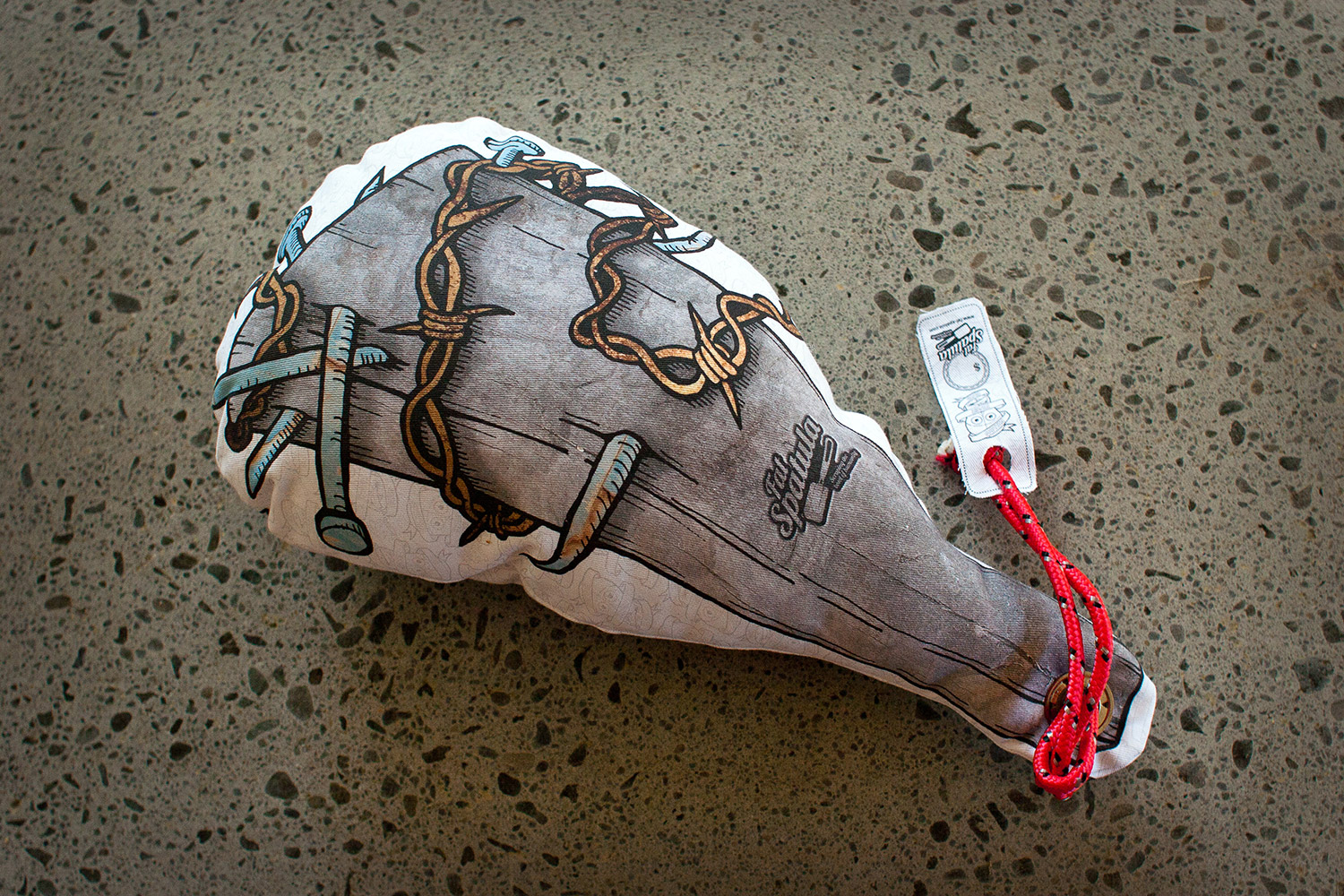