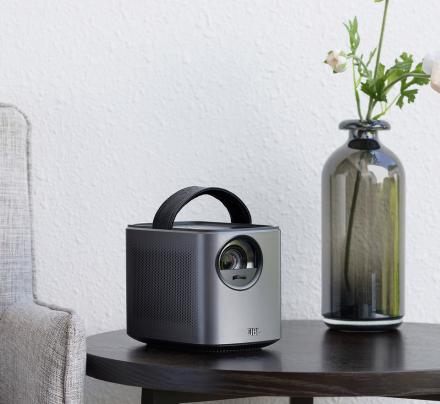 If you're the type of person that just can't get enough movies or television no matter where you are, this tiny portable smart projector might be for you! The Nebula Mars Portable Cinema is an extra tiny smart projector that projects out HD quality video, along with awesome built-in features like Netflix, YouTube, and more.

The incredibly tiny portable projector connects right to your WiFi or phone's hot-spot to be able to stream content from it's built-in media apps including Netflix, Hulu, YouTube, Amazon Prime Video, etc.

The portable cinema projector runs on the Android 7.1 operating system, spits out 720p high-definition video, with 300 ANSI LM brightness along with DLP IntelliBright technology to get crisp viewable footage even in higher lighted areas.

The Nebula portable projector features auto-focus technology that will automatically focus the screen no matter where it is. It will auto-detect the distance from it and the wall it's projecting onto without the need for you to fiddle with the focusing knob for 5 minutes. 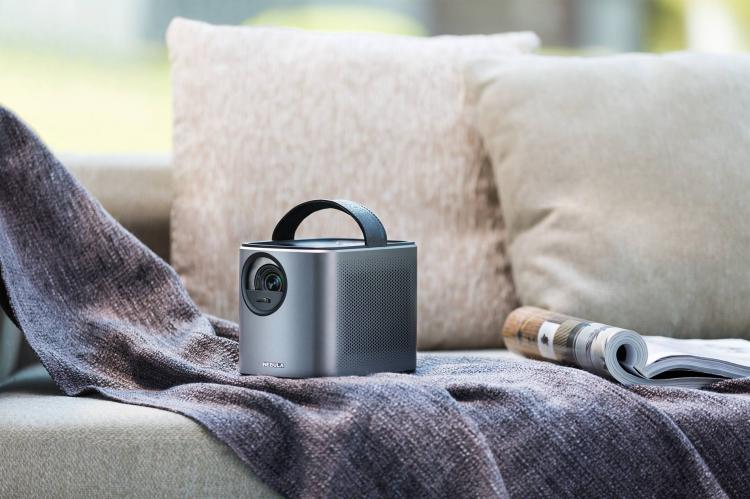 The device can be powered using battery or plugged into a wall outlet depending on your needs. While in battery mode, it can be used at full capacity for up to 4 hours, though if you're just using it to play music it can be used for up to 30 hours using just the Bluetooth speaker. It features an internal 12,500 mAh / 3.85v li-ion battery that takes around 3 hours to fully charge. 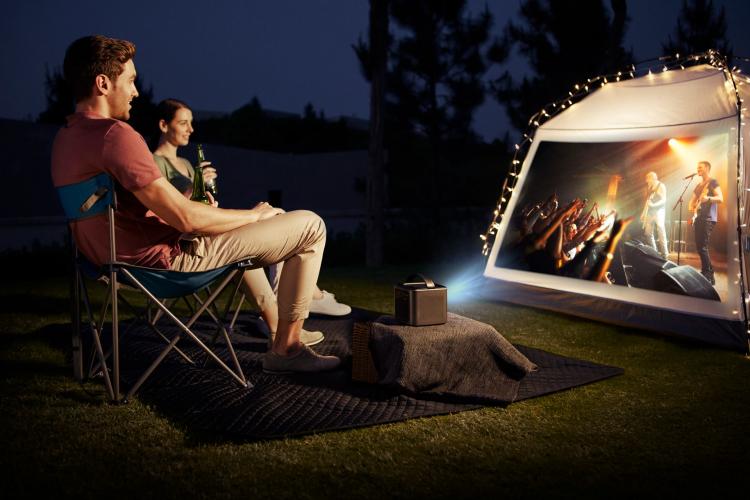 The Nebula Mars features dual 10w speakers that are built-in with a compact design, mix that with the HD footage and the extreme compact design of the projector, and you're left with an awesome portable streaming solution that's perfect for the office, in the back yard, camping, and more. 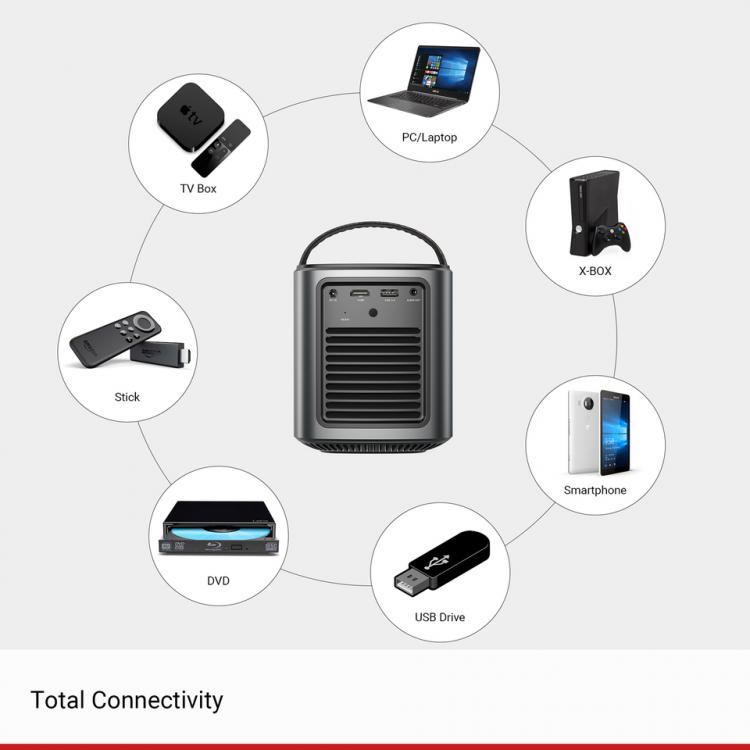 Check out the Nebula Mars portable smart projector in action via the video below. 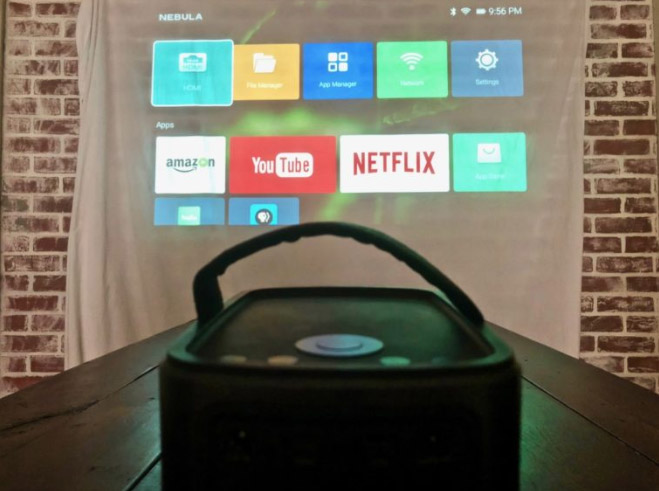 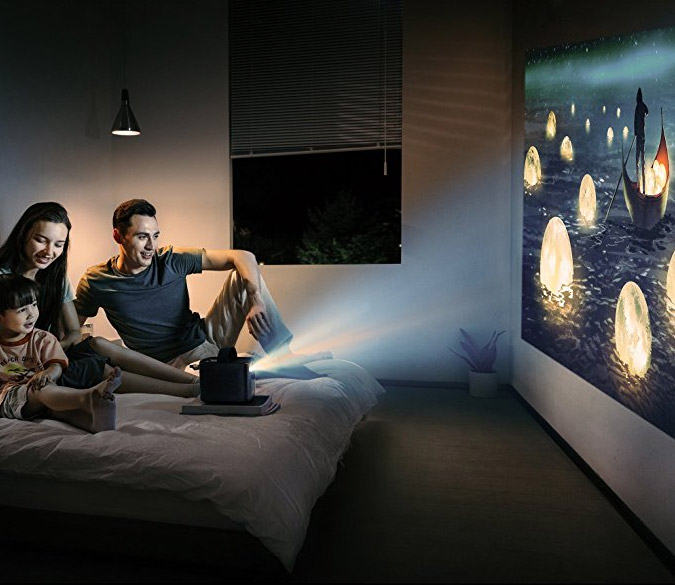 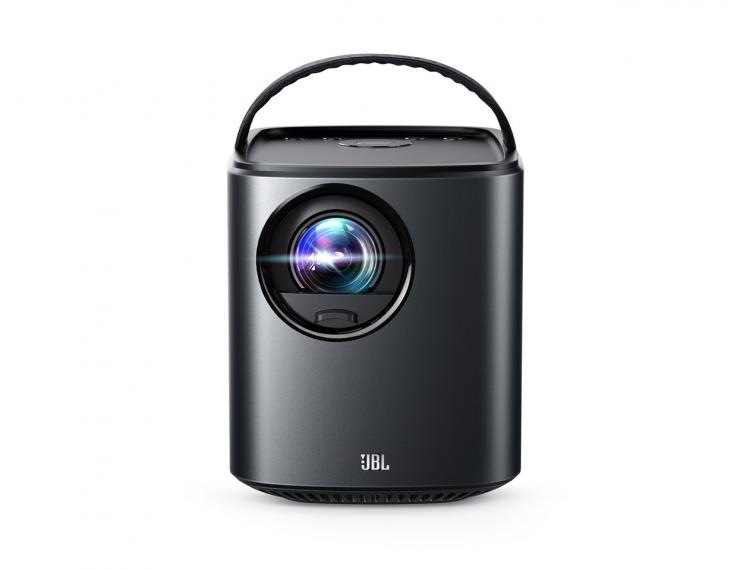 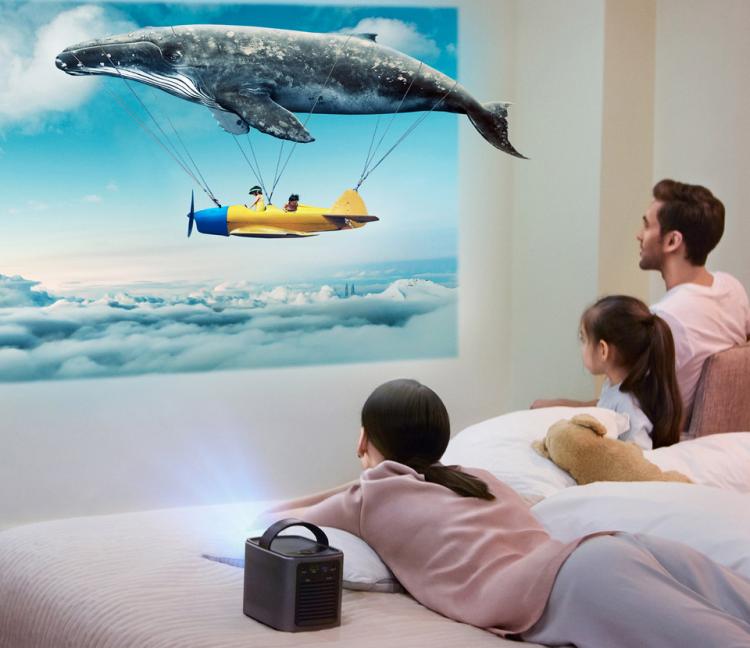 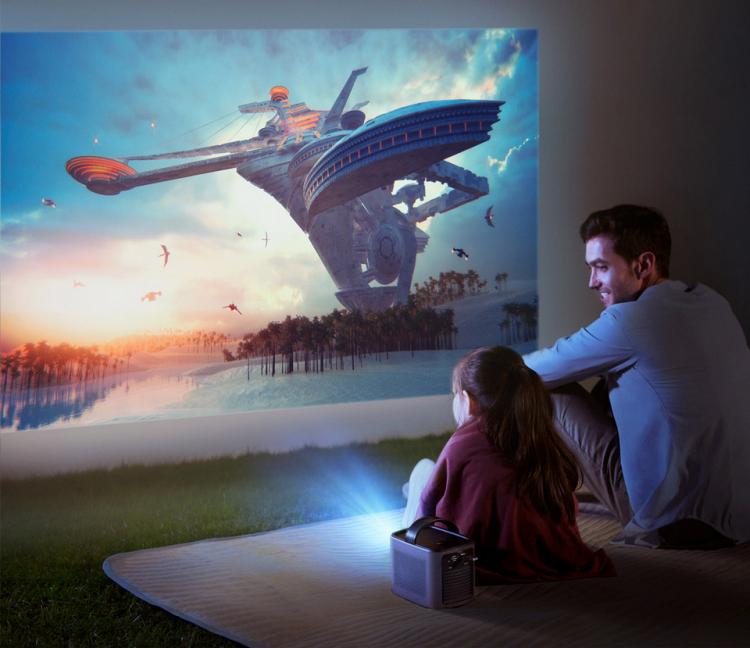 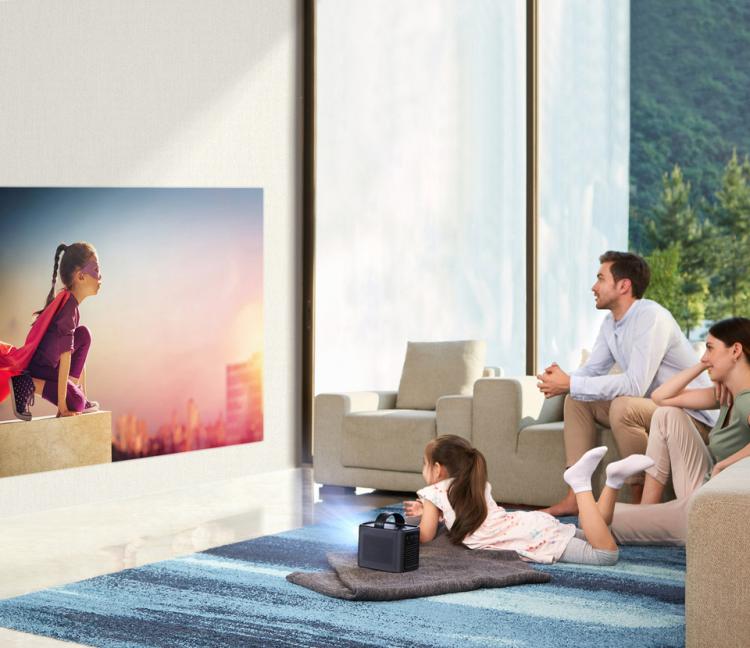