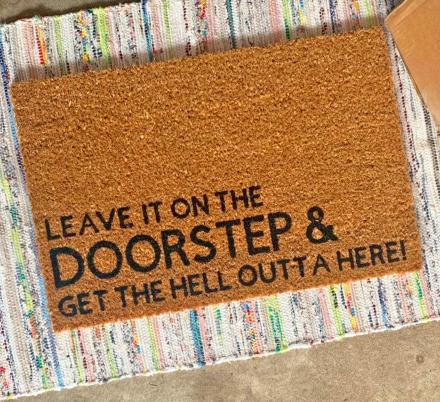 We're in a time in our society when we're pretty much on lock-down, and anyone who approaches our house we deem a threat of giving us the virus! Without having to get our guns out just yet for every delivery boy and package delivery person, there may be another option. I've deemed this doormat The Ultimate Self-Quarantine Doormat, as it not so politely tells any delivery person to just leave whatever they're delivering on the doorstep and "get the hell outta here"!

Of course this is a line straight out of the fake internal movie from Home Alone called "Angels With Filthy Souls". Johnny, the main gangster in the fake film tells someone delivering "The Stuff" to "Leave It On The Doorstep and Get The Hell Outta Here". An argument then breaks out about payment for said stuff, and Johnny gives him until the count of ten to get his "ugly, yella, no-good keester off my property". Lets just hope the delivery boy bringing your Chinese food while on self-quarantine doesn't get quite the same treatment, and gets the hint from the doormat.

The Leave It On The Doorstep and Get The Hell Outta Here doormat is made from 100% Coir, along with a rubber base for grip, and acrylic, it's great for use both indoors or outdoors, and is perfect for use in front of front doors, apartments, dorm rooms, and more. The help preserve the funny doormat you should only clean it by gently shaking, sweeping, or vacuuming.

There's a few different versions of the funny delivery doormat on Etsy, all of which have the same text, but they have different designs with different fonts depending on your preference. Take a look at them below and see which one might be best for your aesthetics. 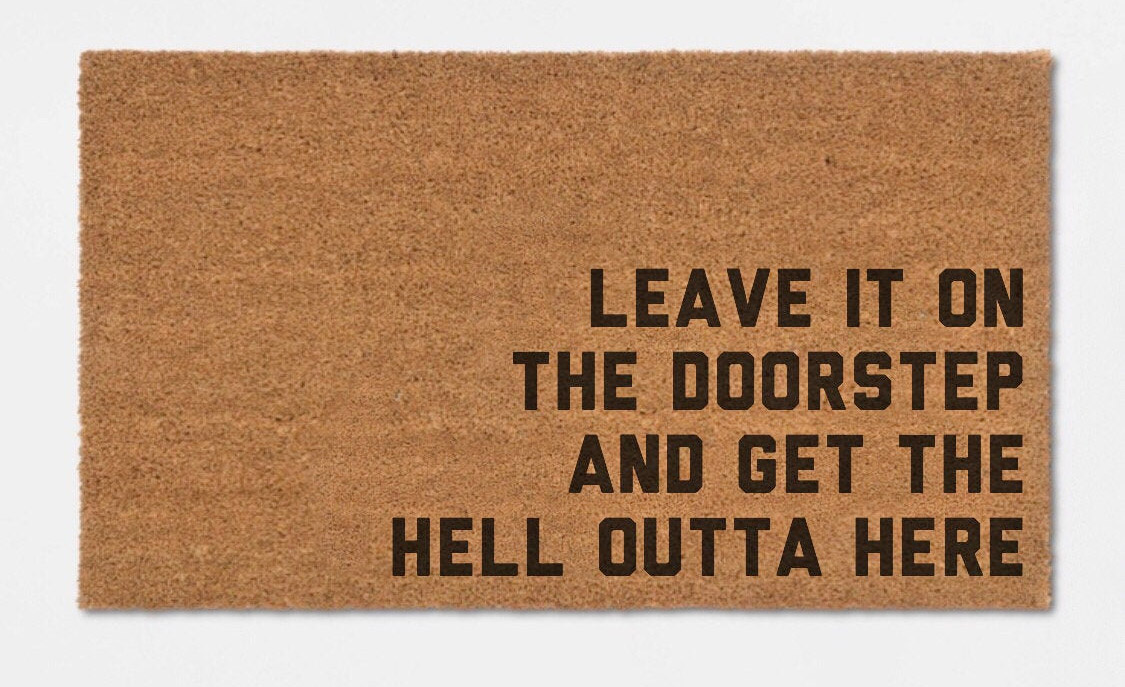 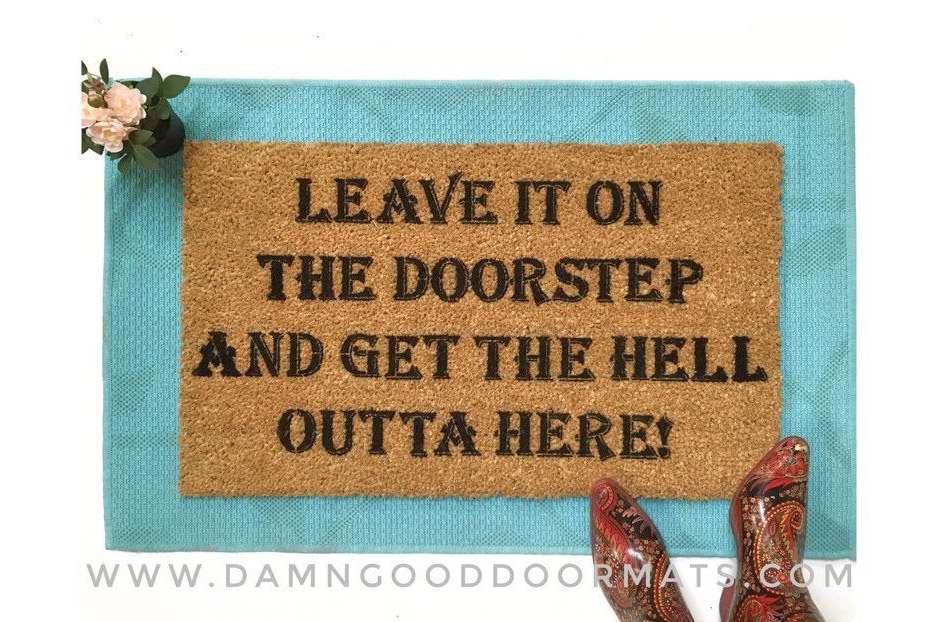 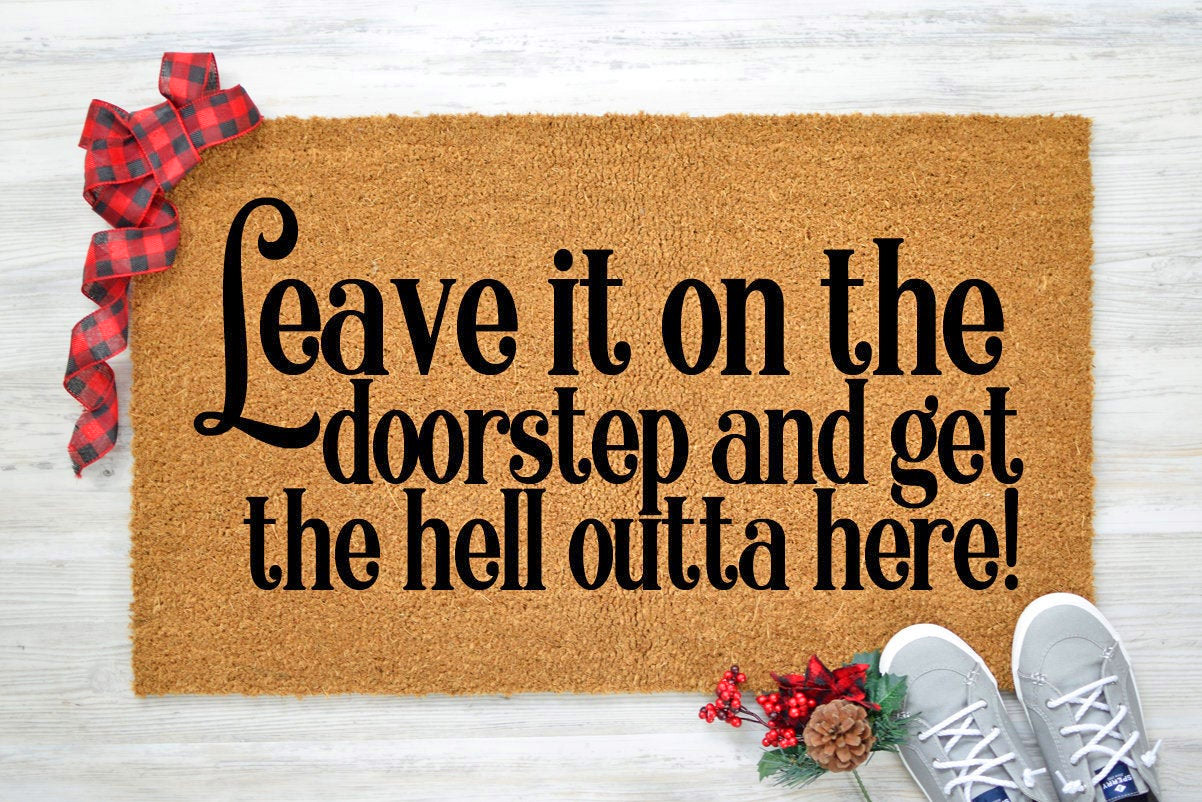 If you prefer the later part of the quote from the Home Alone gangster movie, they have that as well in doormat form! 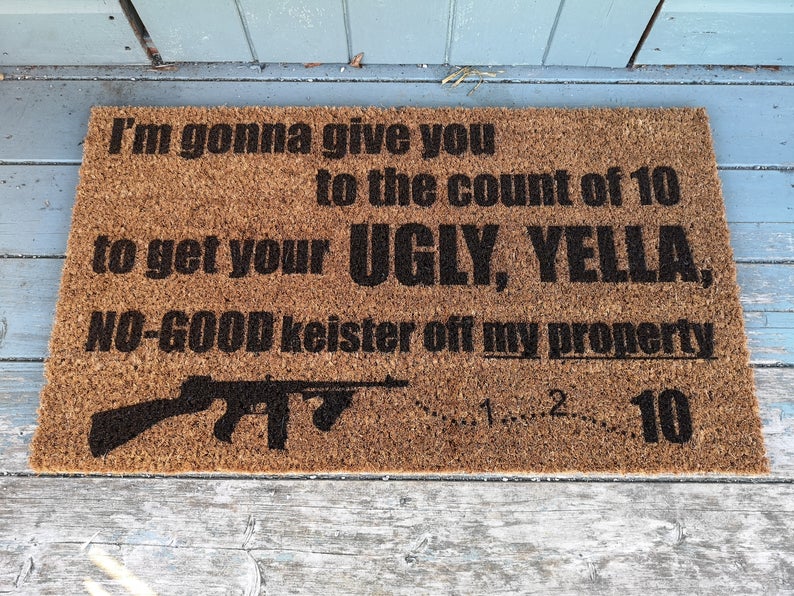 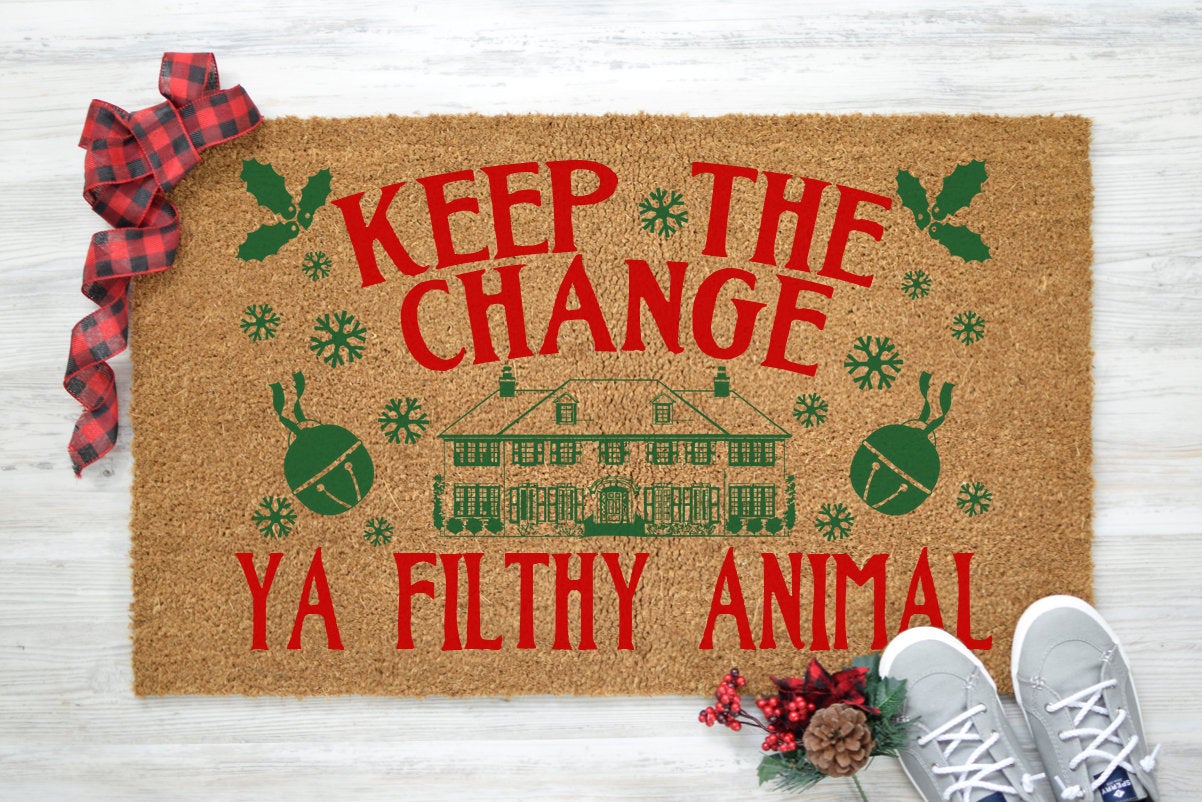 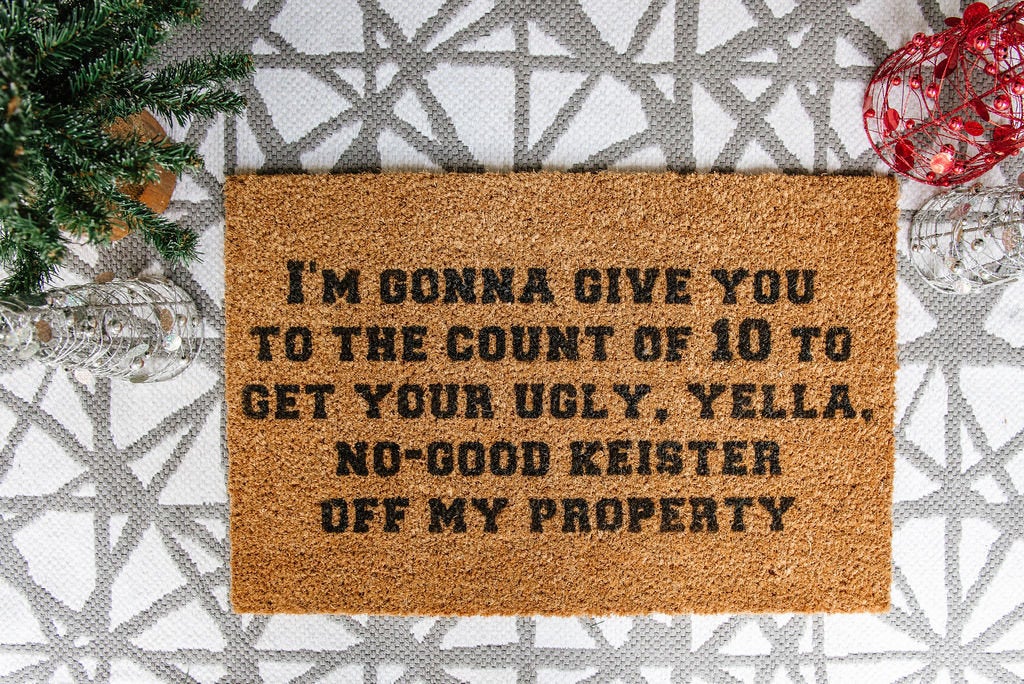 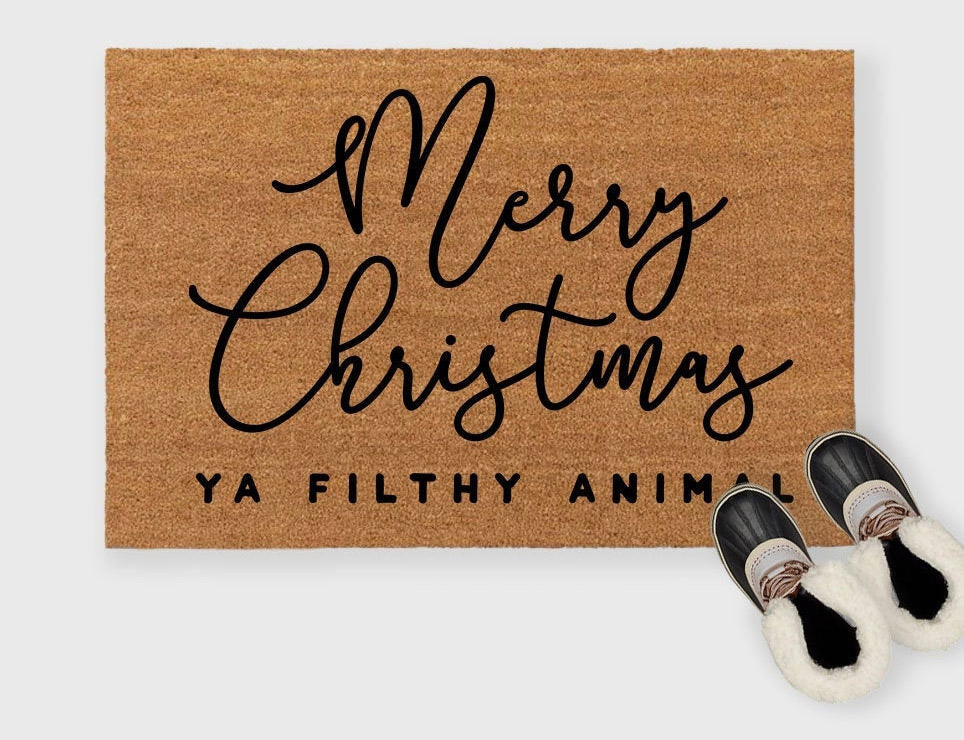