You Can Now Get a Massive 82 Foot Long Inflatable Lobster, For Whatever You Might Need It For 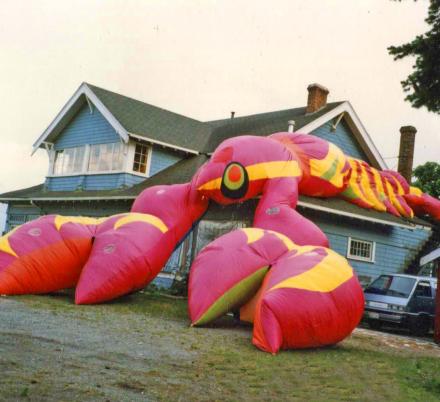 Have you ever startled yourself awake in the morning thinking about giant inflatable lobsters? Don't worry, it's normal, it happens to me about once a week. Luckily someone's created an inflatable lobster that measures a massive 82 feet long, and if you're thinking that there's really not much you could use a giant inflatable lobster for, think again. Uses include sticking on your neighbors house at night and seeing their reaction in the morning, floating it down a river, or just crawling inside and perhaps making it your home through the cold winter.

The giant inflatable lobster is actually created by Evelyn Roth, an Australian artist that specializes in environmentally sensitive events, family festivals, school programs and art gallery exhibits. She has an Etsy store where she sells a number of giant inflatable animals that can be used for really whatever you want, whether it's for an art exhibit, festivals, or just to pretend your house or neighborhood has been taken over by giant lobsters! 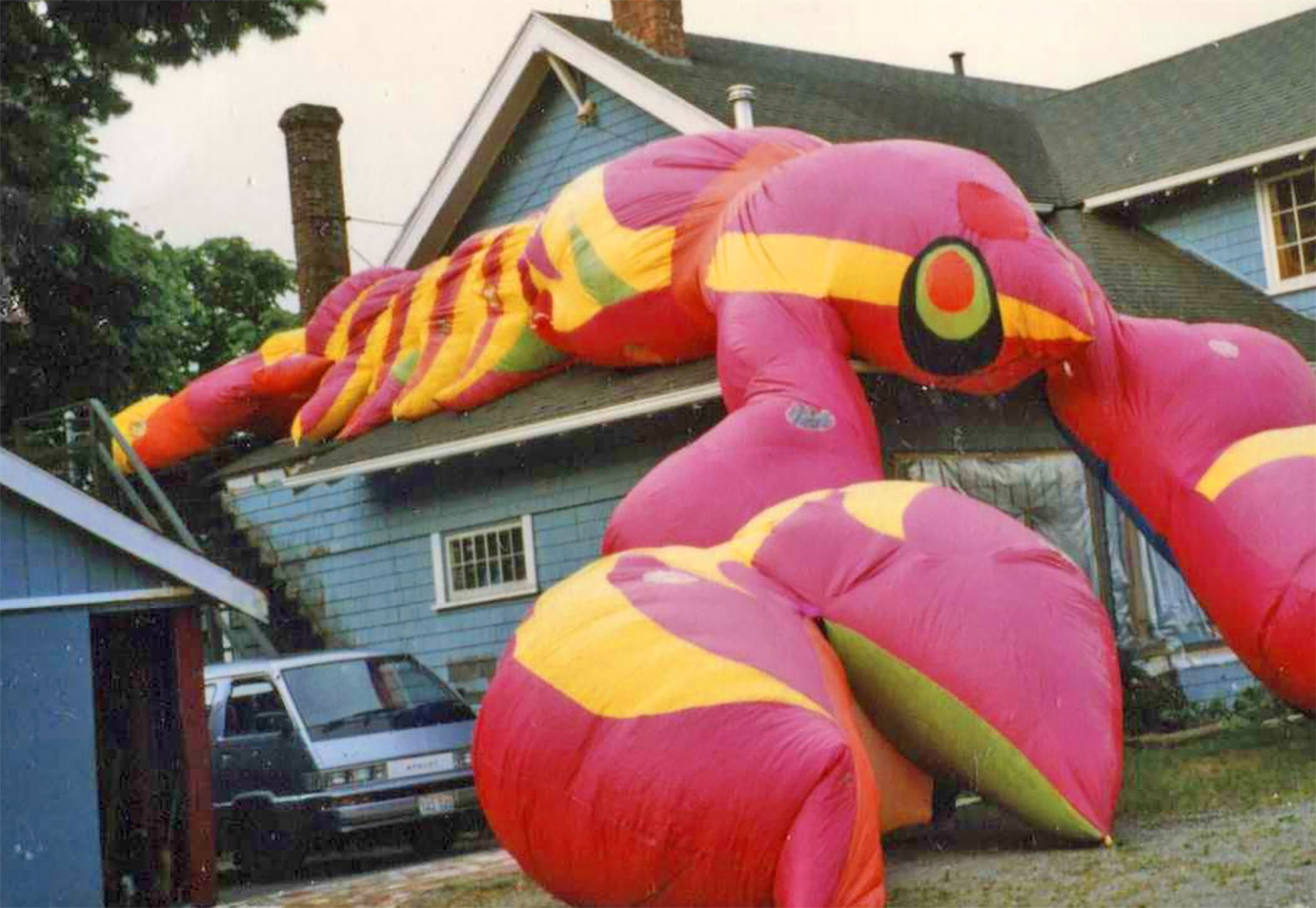 Evelyn doesn't just create over-sized lobsters, she also has a slew of other over-sized inflatable animals that you can get on her Etsy store, including a dinosaur, a crocodile, a dung beetle, a rocket ship, a ram, and a turtle. You can check them all out here. 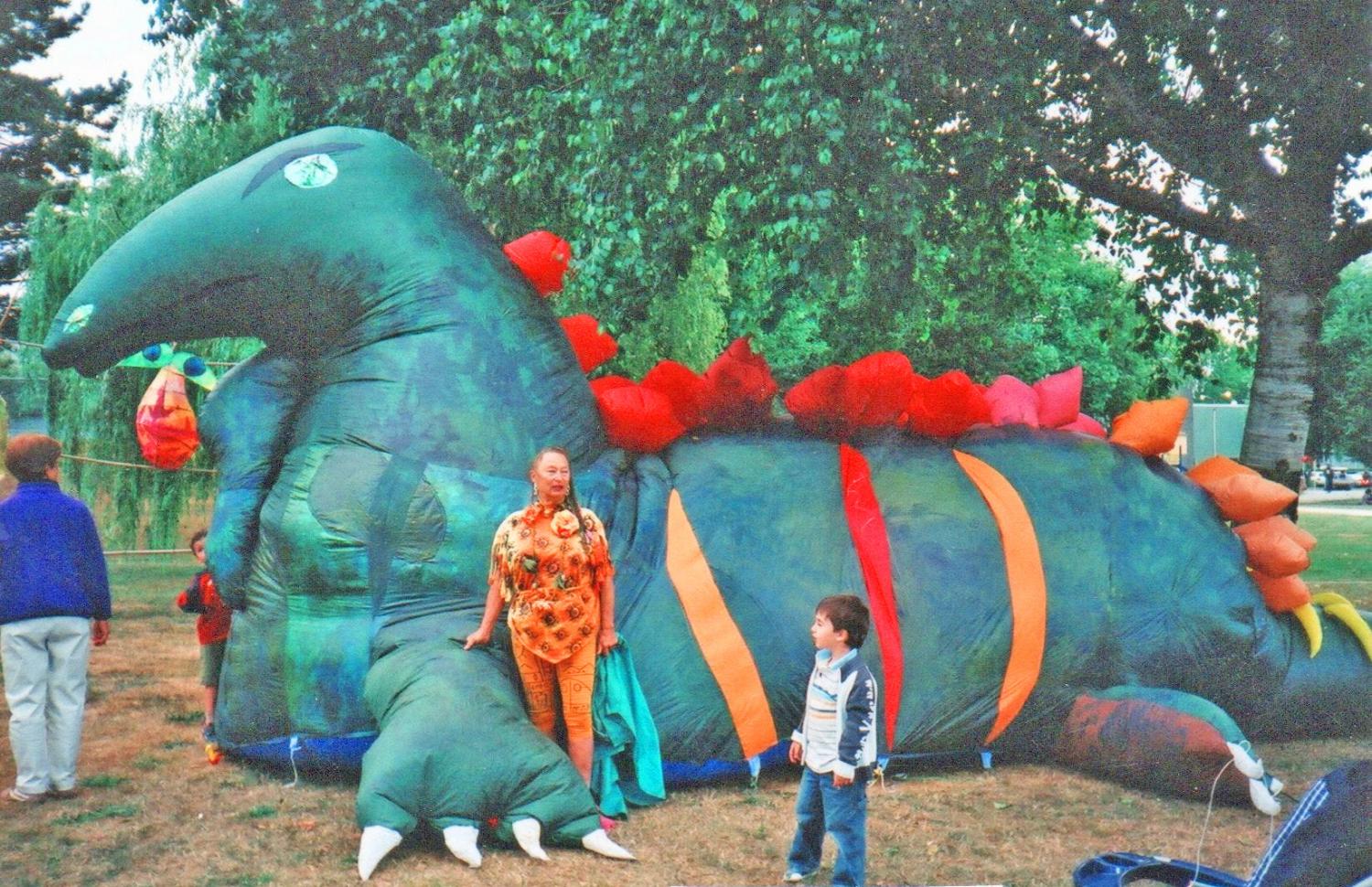 Evelyn also runs what she calls a 'Nylon Zoo' in various local communities that's a choreographed participatory event where kids can go inside her giant inflatable creations and dance, and watch performances. 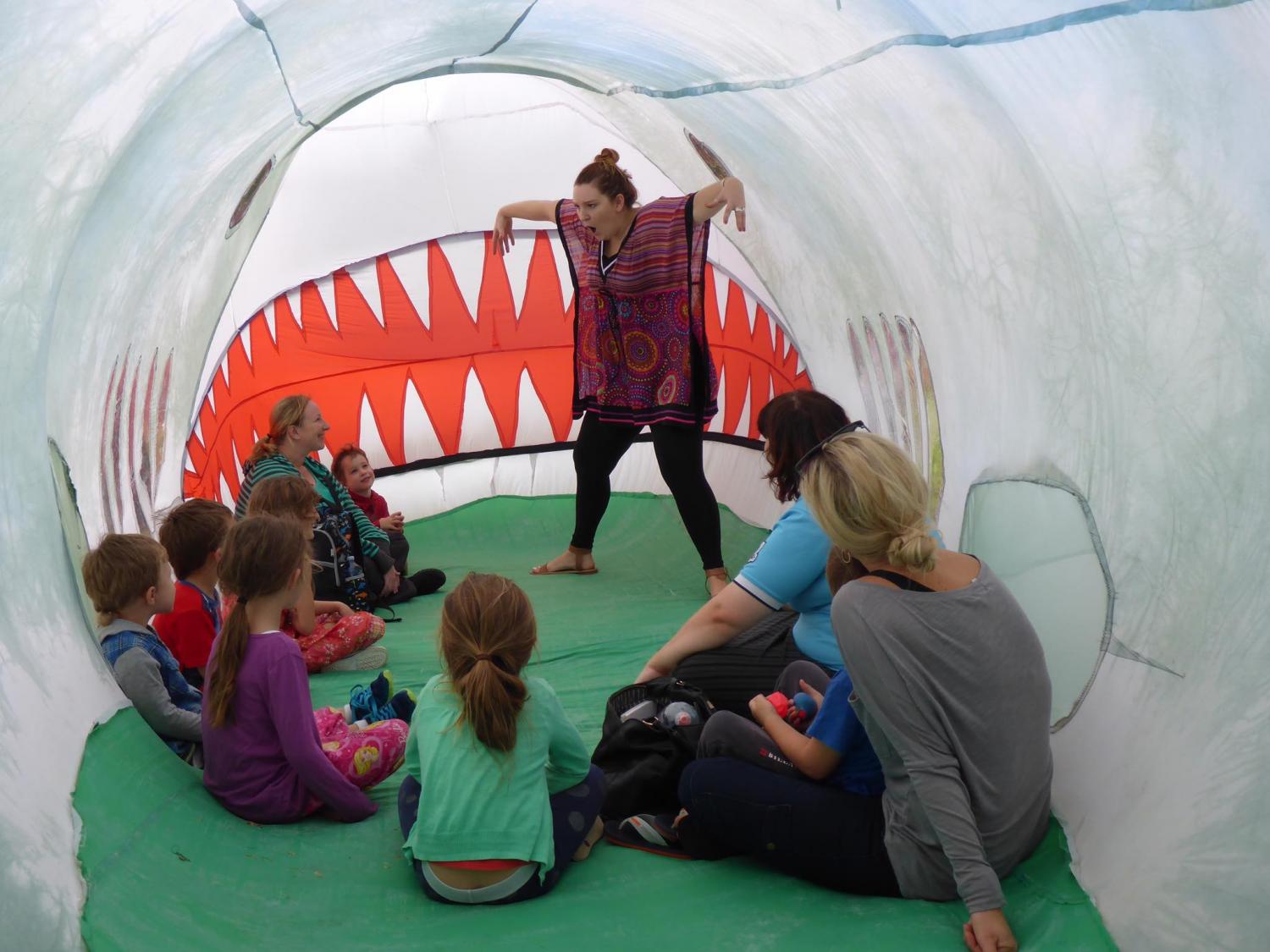 "Fly like a bird, flutter by like a butterfly, swoop like a bat, hop like a frog, kangaroo or Bilby, twirl in a rainbow cape, bobble like a hoopla mushroom or chill like a koala. Evelyn’s handmade costumes are a hit with kids of all ages inspiring their sense of creativity and imagination!" 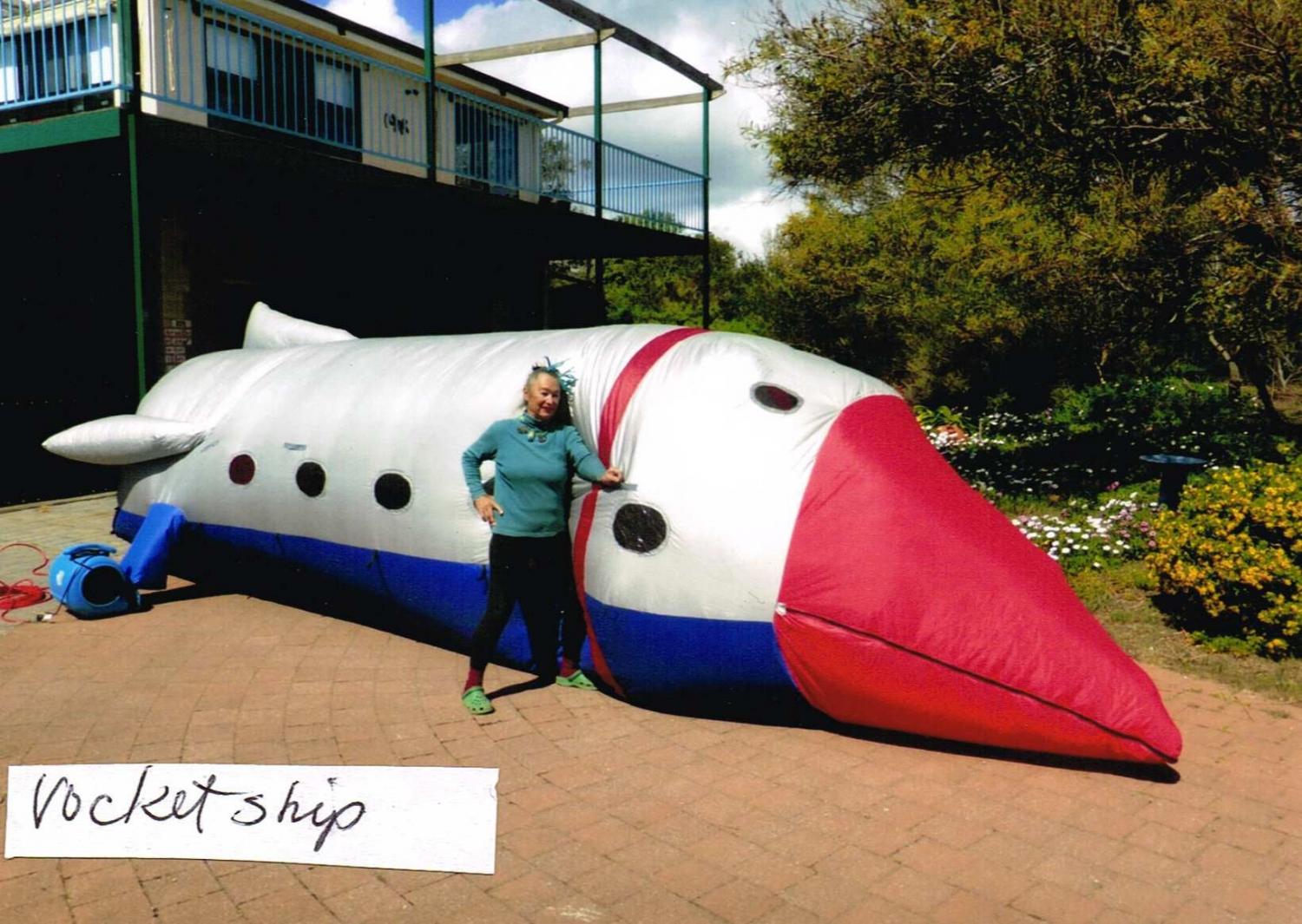 "An indispensable part of the Womadelaide music festival is Evelyn Roth’s inflatable Nylon Zoo Coral Reef. This year she has expanded her creation to include exciting eco marine stories and creatures. Children will be enchanted and dress up in exotic marine costumes for dance and storytelling inside her translucent tent like world of nature." 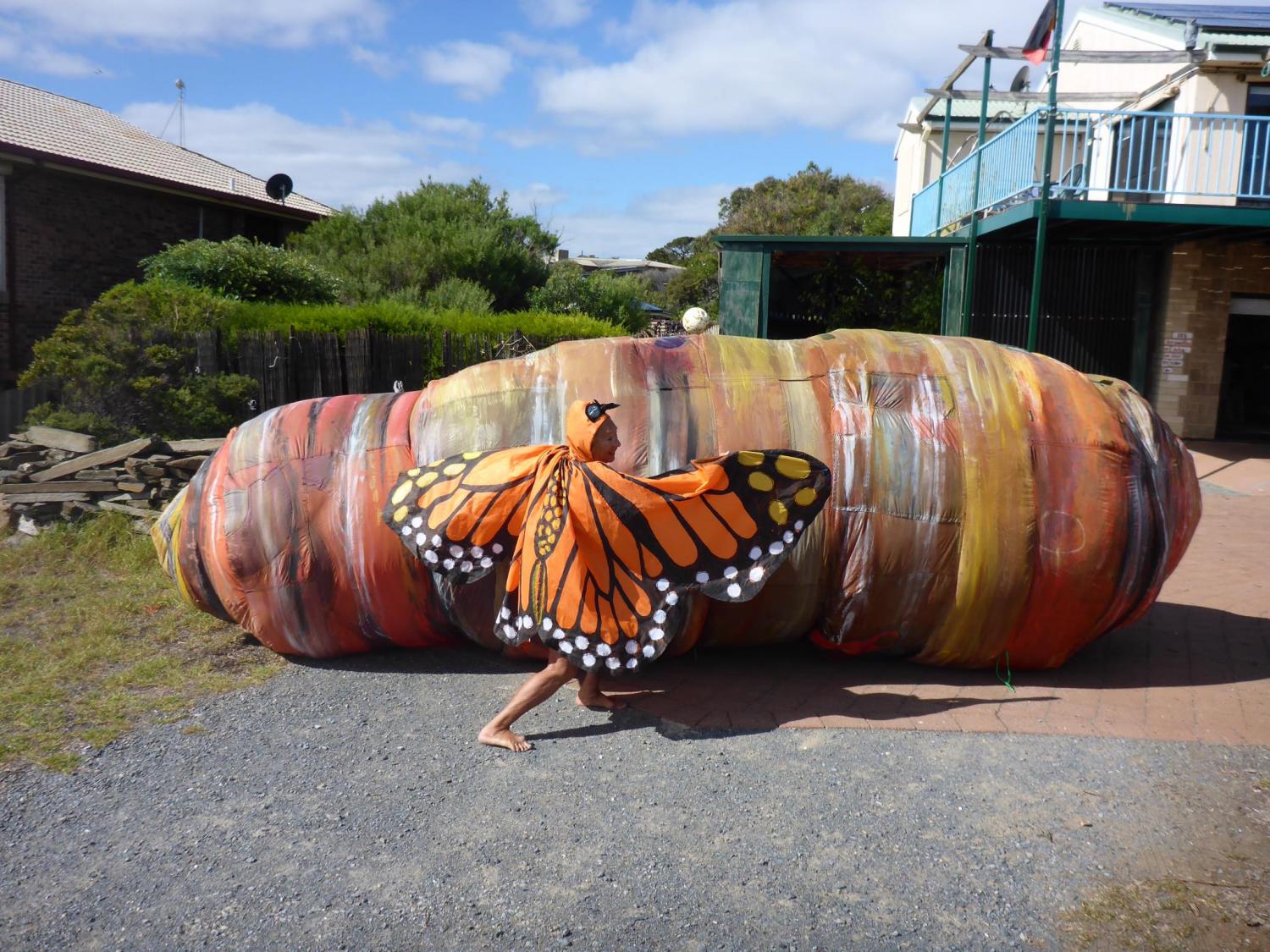 Though not on her Etsy store, Evelyn has also created even more giant inflatable animals for her shows, including a shark, a sea dragon, a panda, a bilby, a frill neck lizard, a platypus, a dingo, a salmon, and more. 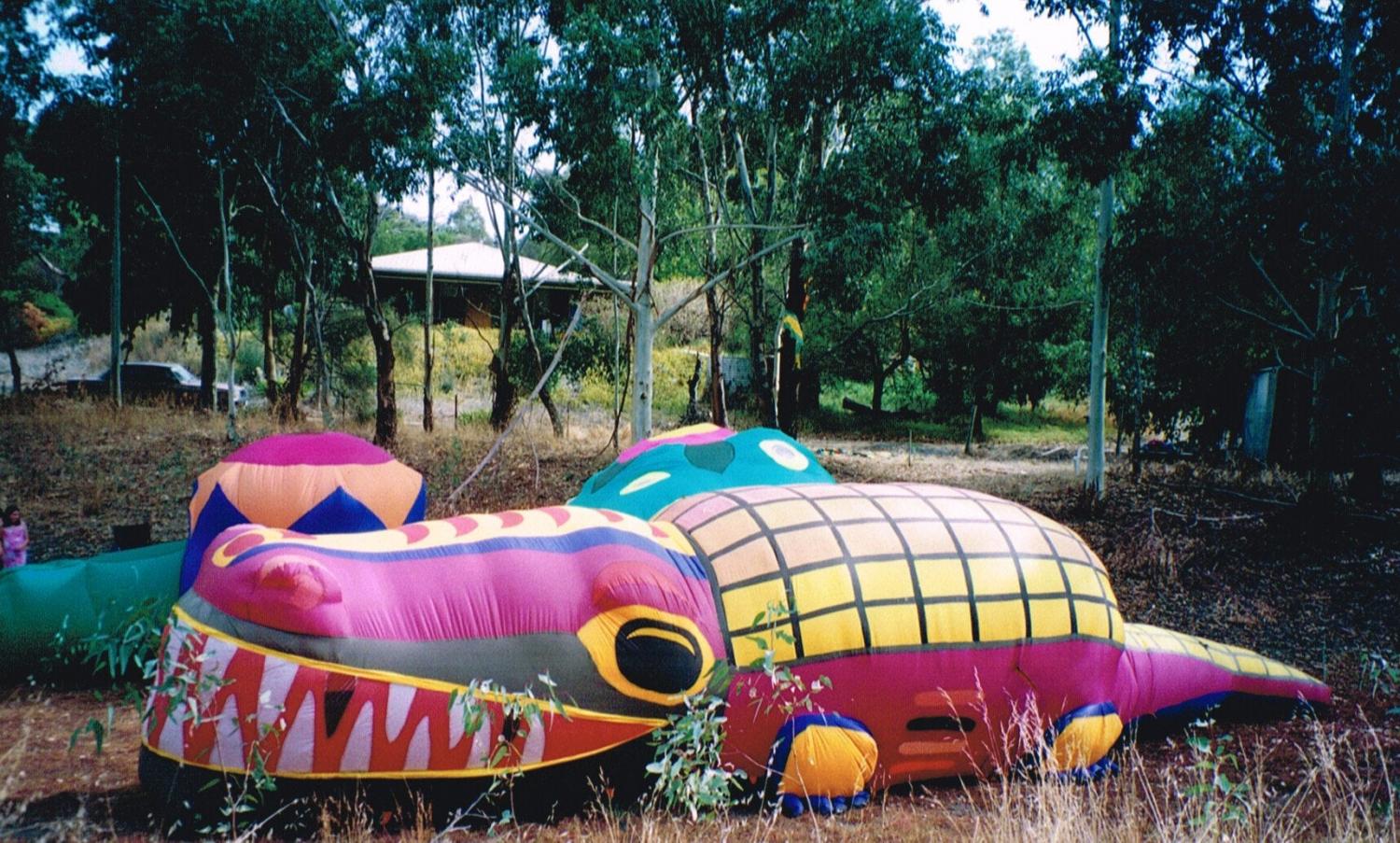 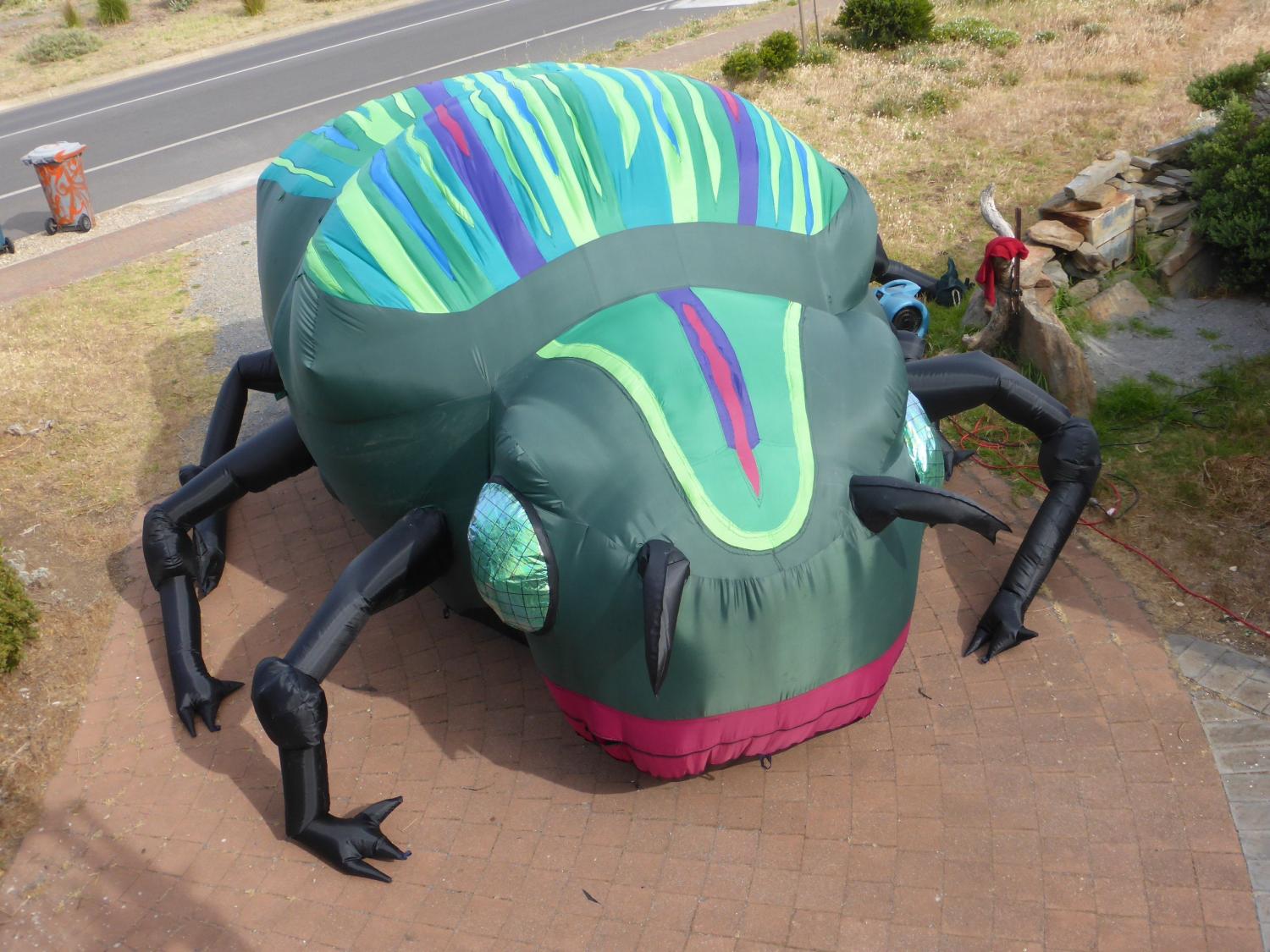 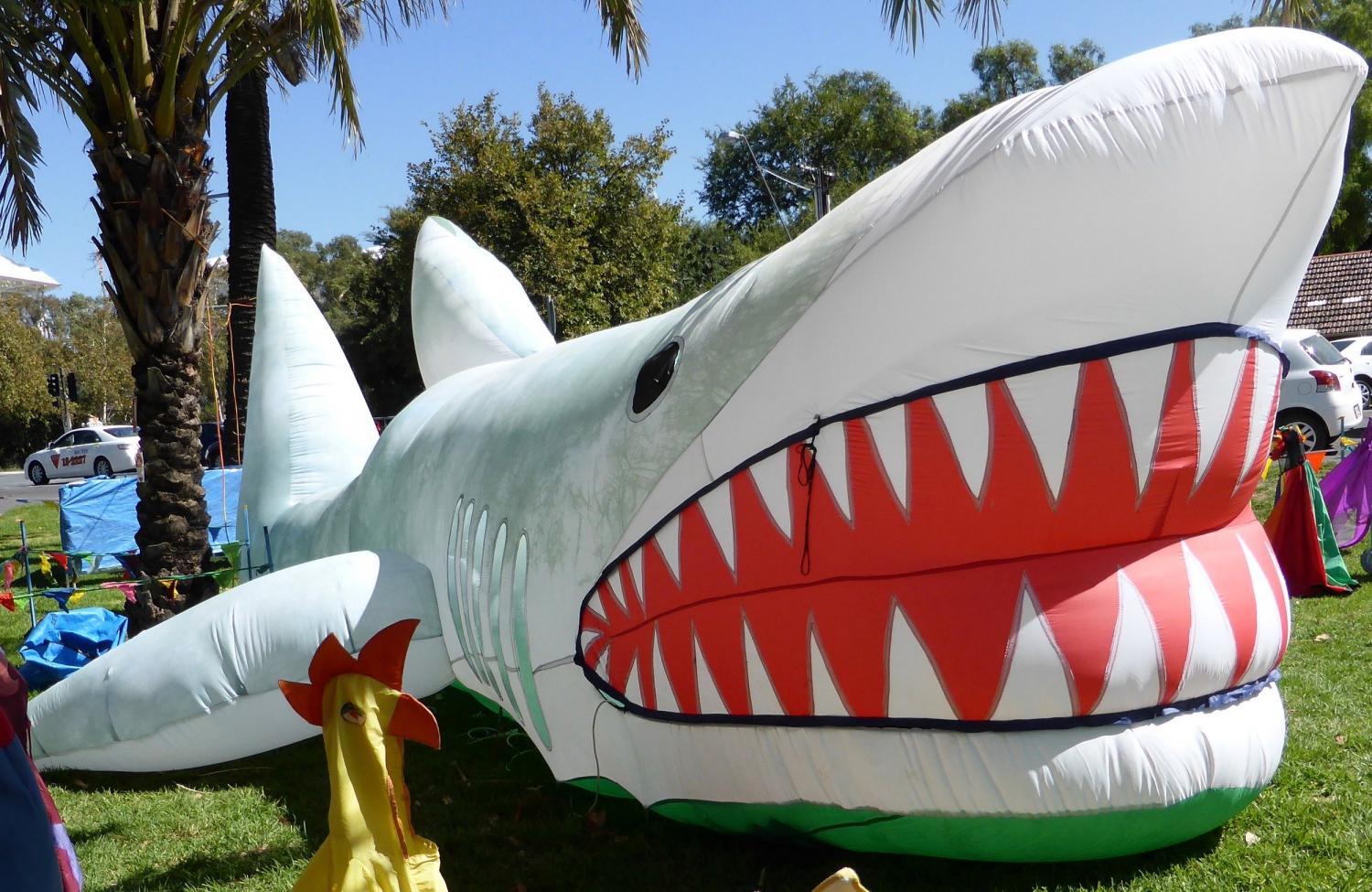 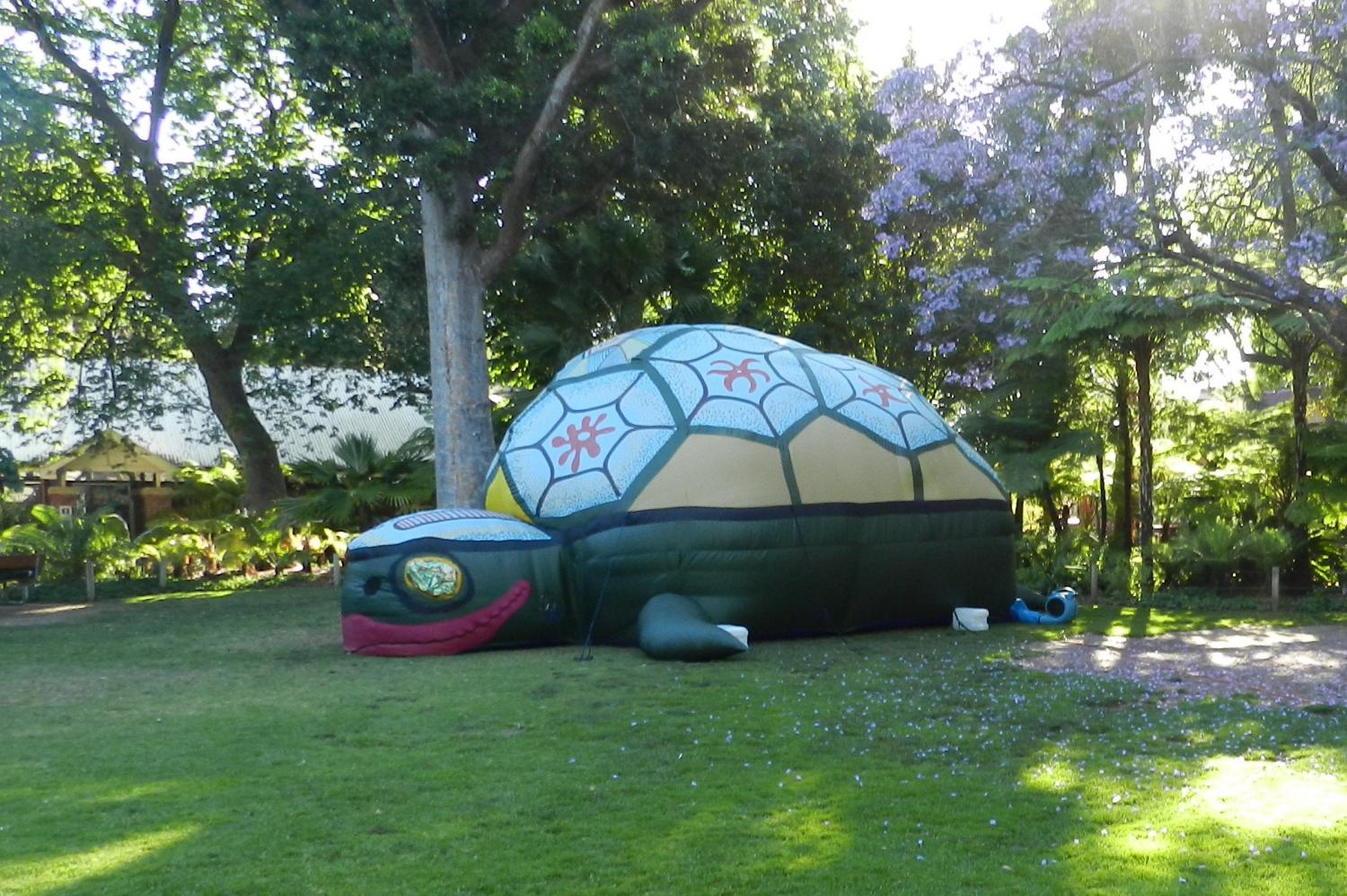 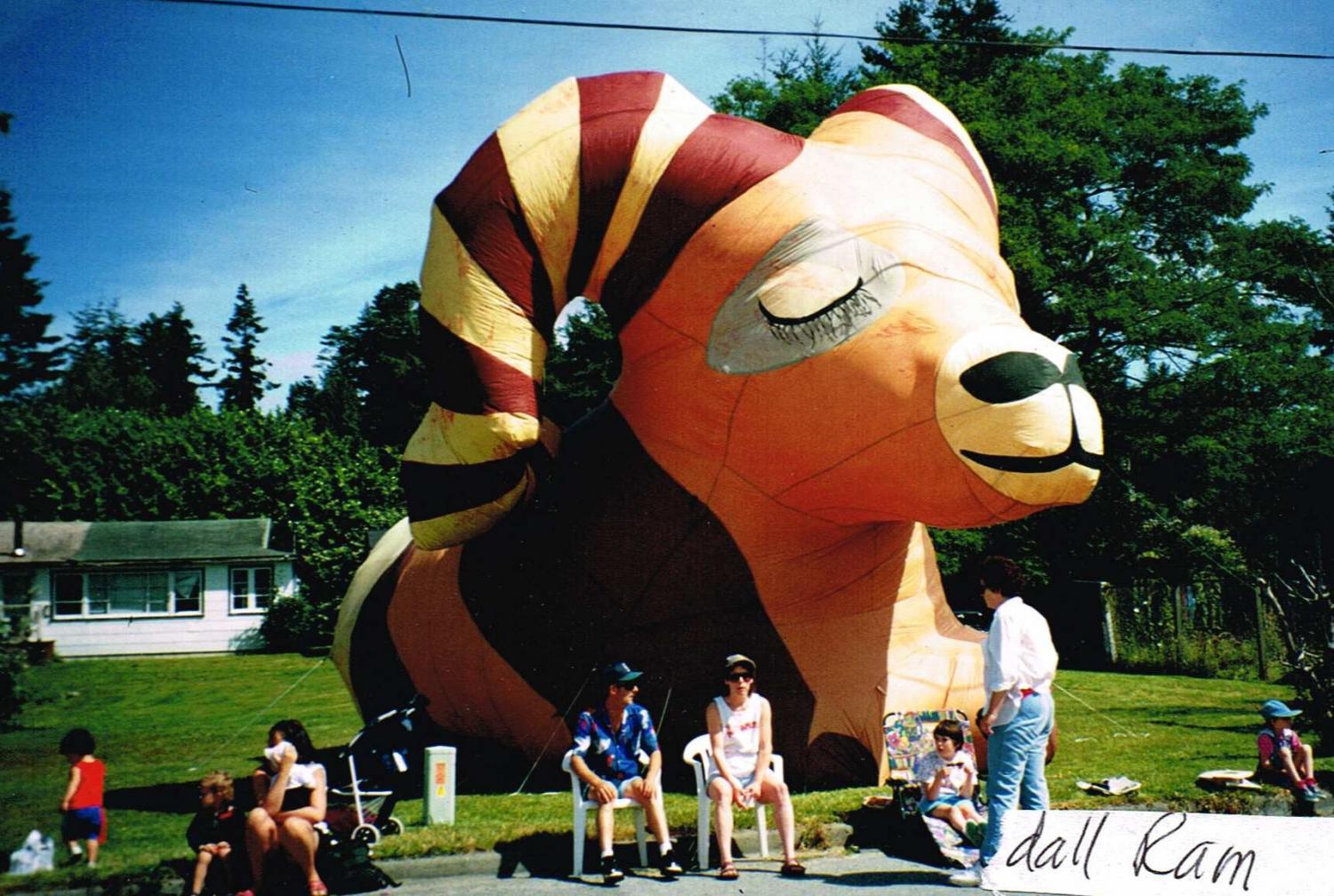 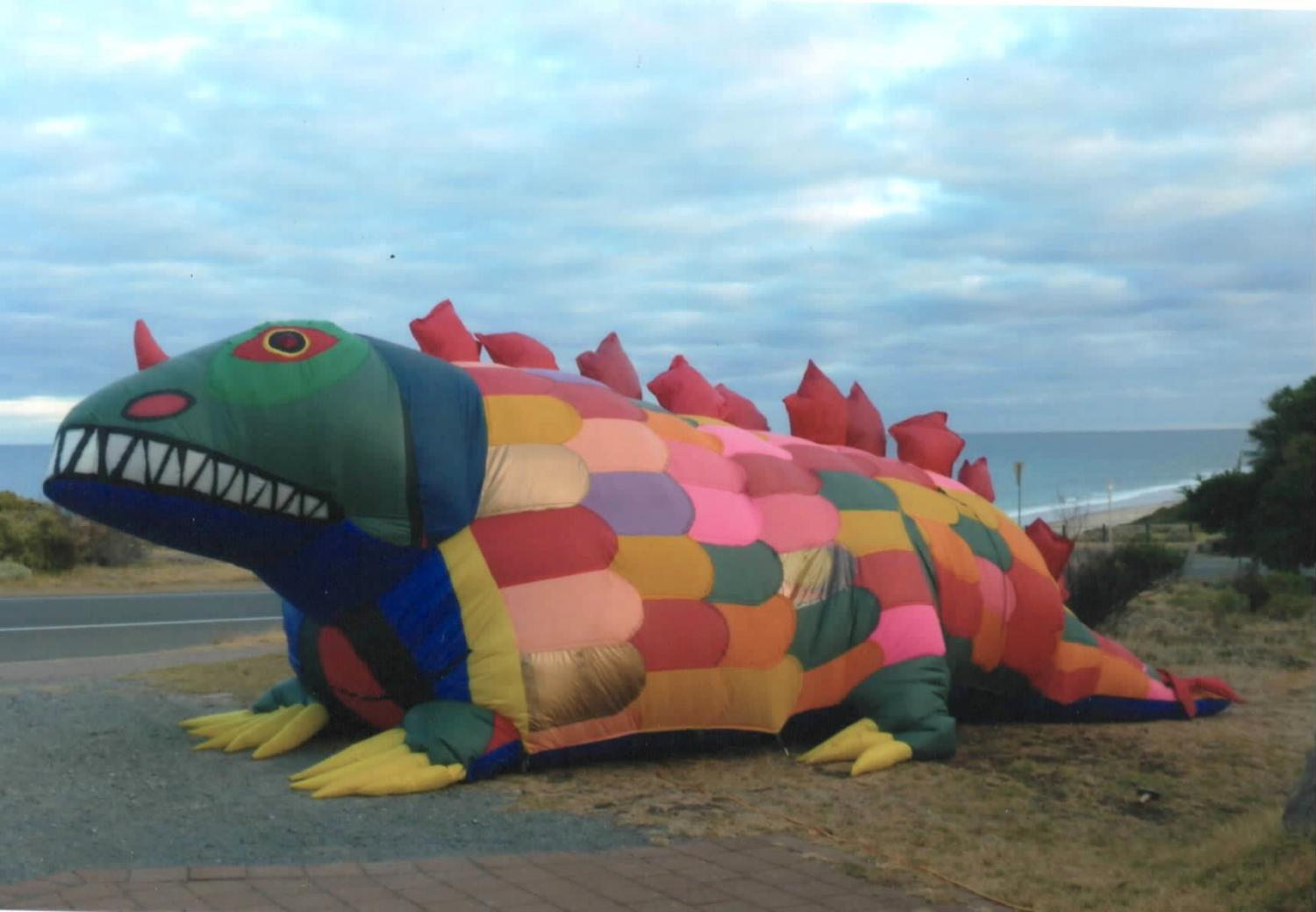 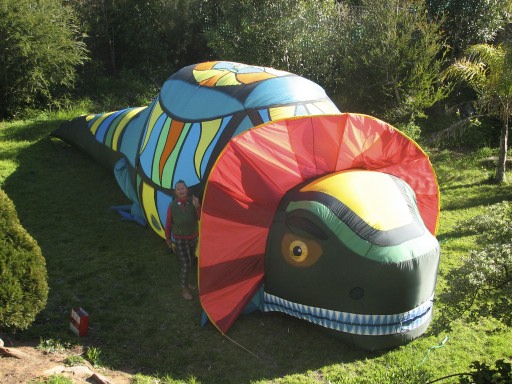 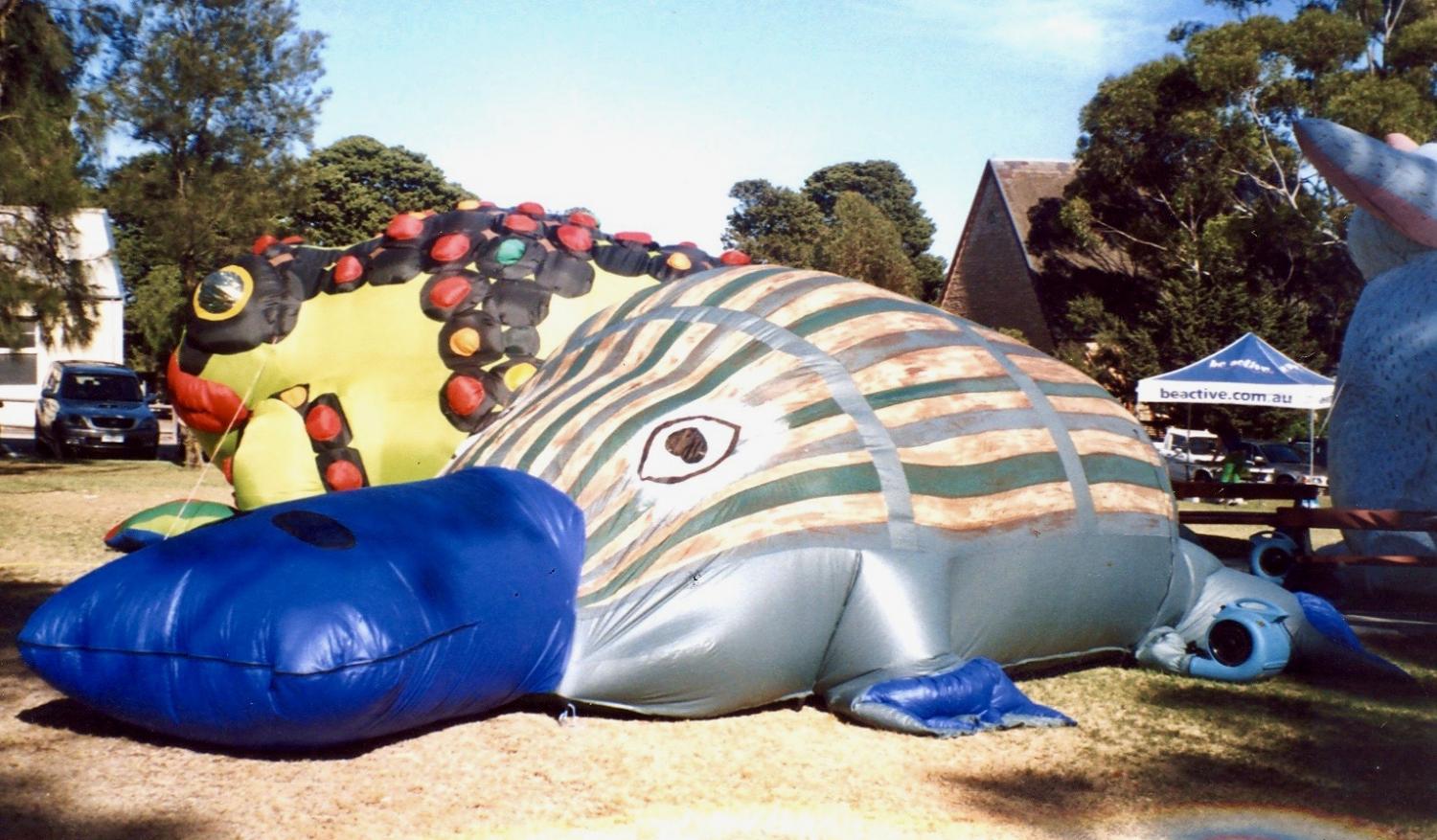 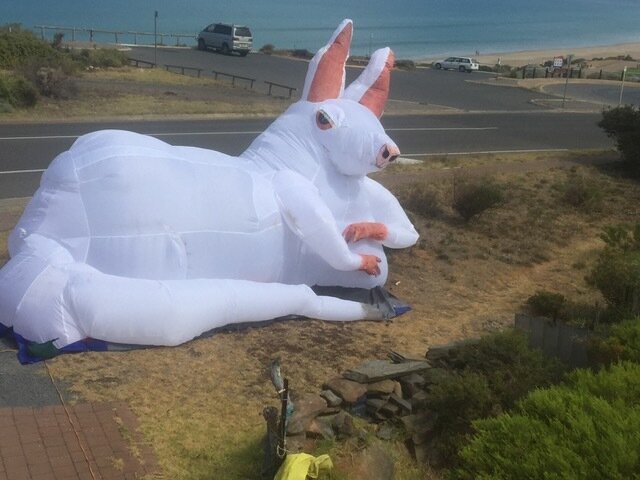 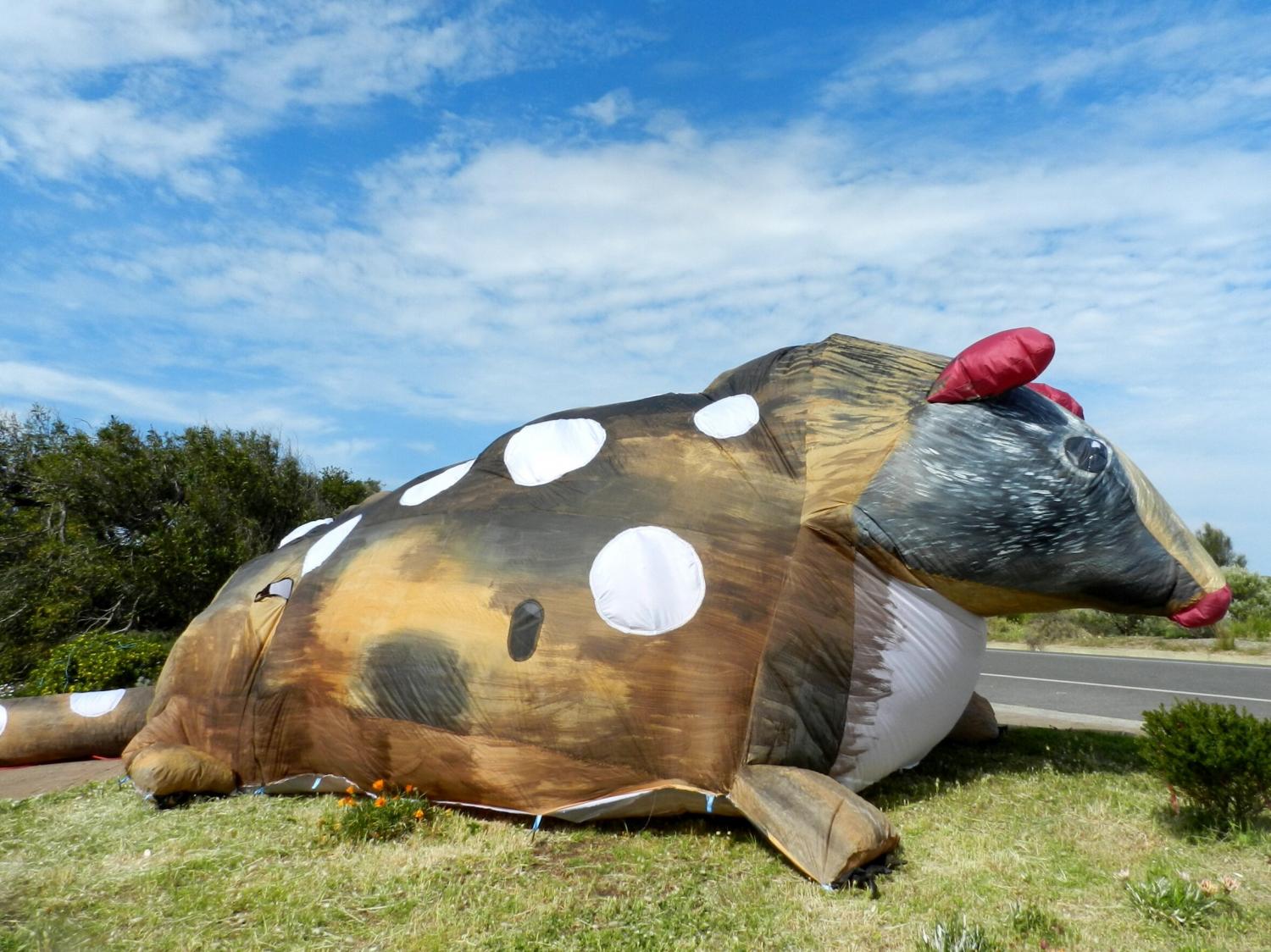 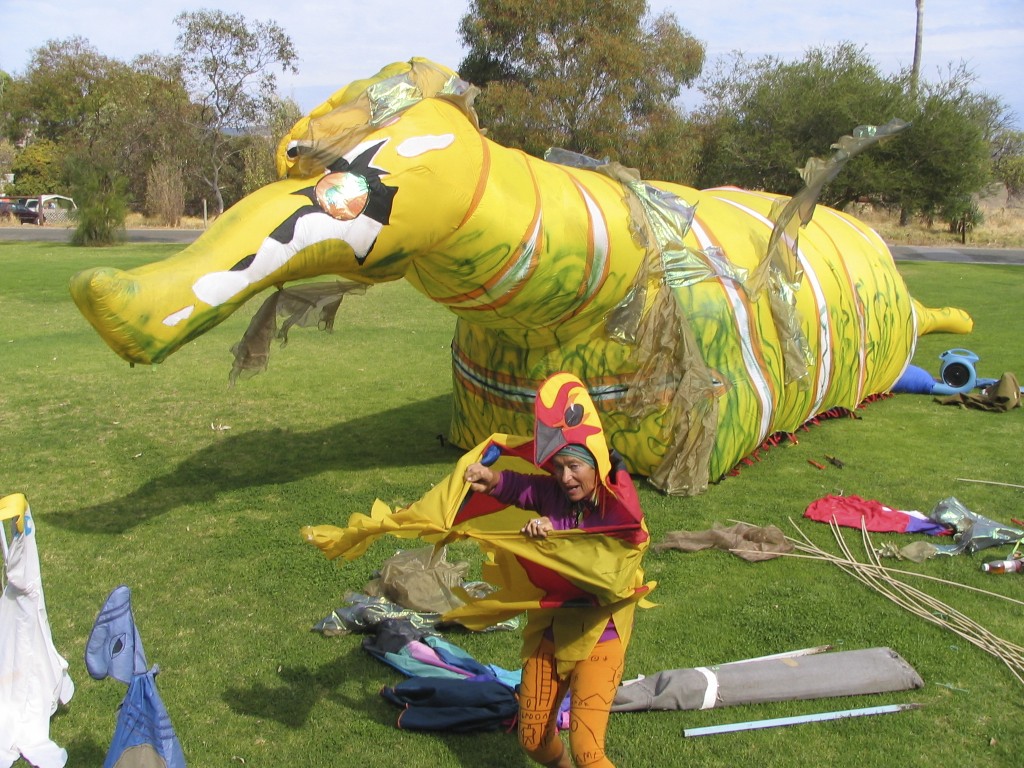