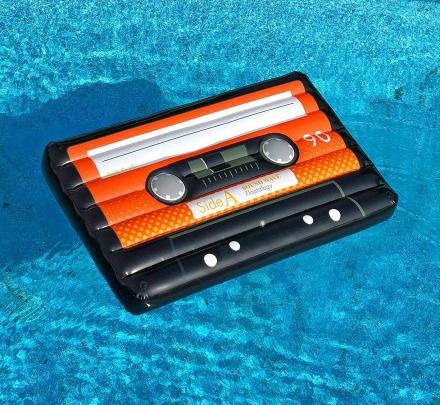 If you're looking to create your secret admirer a mixtape filled with your love songs, you're more likely to win him or her over by just buying her a gift card to iTunes or Spotify and having them download or stream the songs of your choosing. Rather than filling an old dirty cassette tape with scratchy music, where she'll need to somehow find a cassette player to play your tunes. If you're set on the cassette tape, maybe you just opt for this giant cassette tape pool float, and stream her favorite tunes through a speaker while she lounges on it.

The extra large mix-tape pool float can comfortable fit a 6 foot human laying down, either that or a bunch of kids can fit on top of the cassette tape. One of the coolest parts, is that it's printed on both sides of the float. So one sides reads "Side A", and the other side reads "Side B". 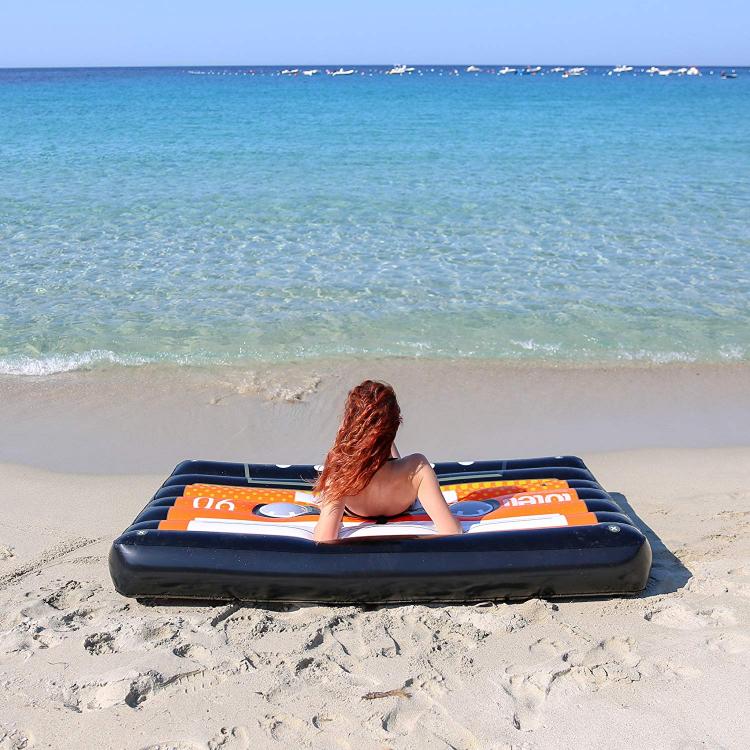 If you're old enough to remember making actual mix-tapes, you'll love the fact that the pool float is customizable, as you can write in the name of your own mix-tape on the pool float. 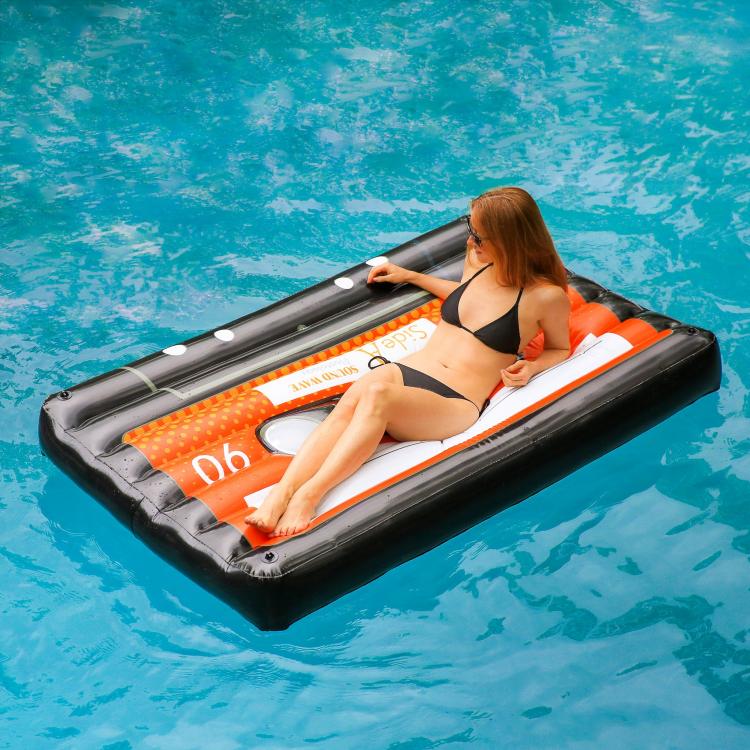 The giant cassette tape pool float is made from thick 0.25 mm PVC with a quick inflate/deflate seal for durability, uses a Boston valve which prevents air leaks to keep you floating longer, and the pool float measures 72 inches long x 46 inches wide. 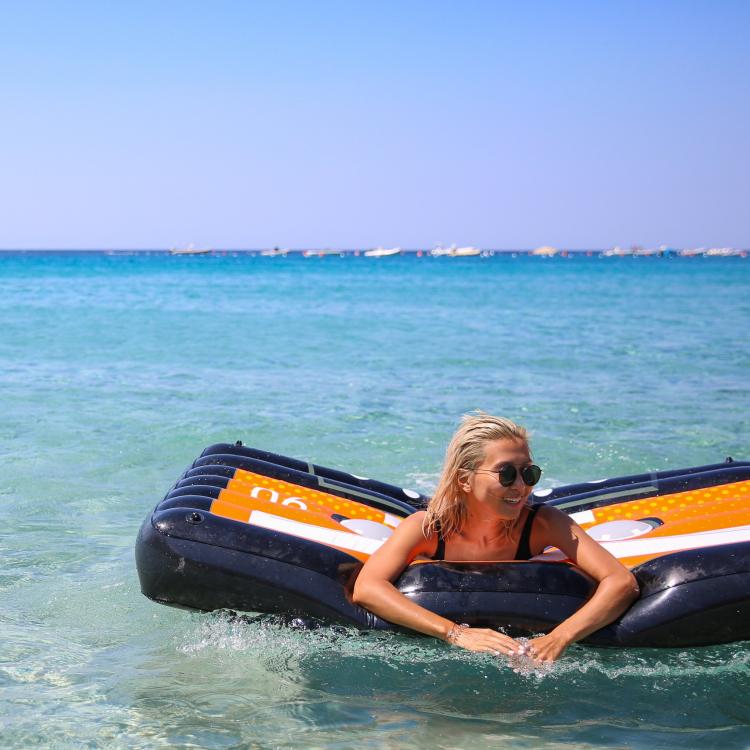 The same company, Loteli, makes a transparent version of the giant cassette tape pool float that has an even cooler look. It resembles another version of the classic mix-tapes we often saw back in the 80's and 90's. 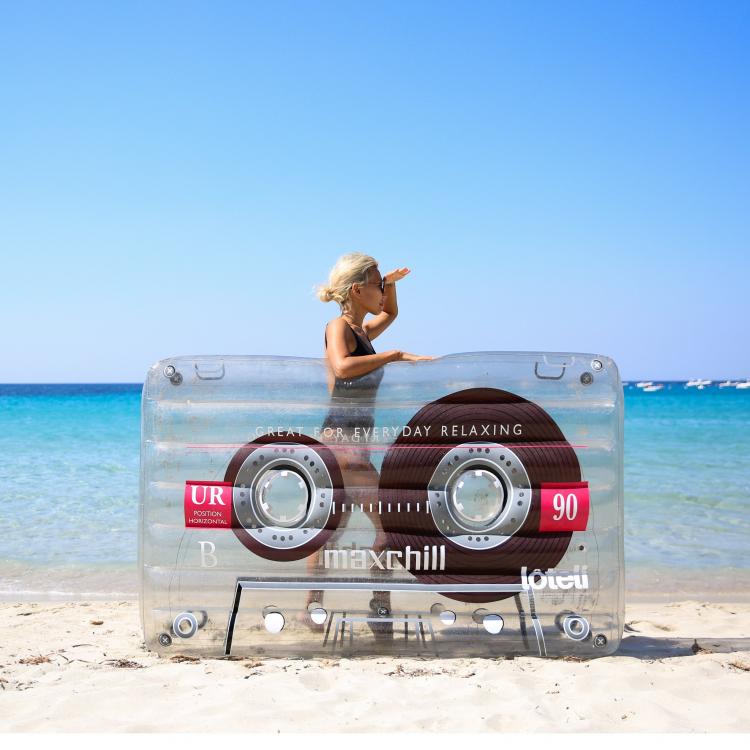 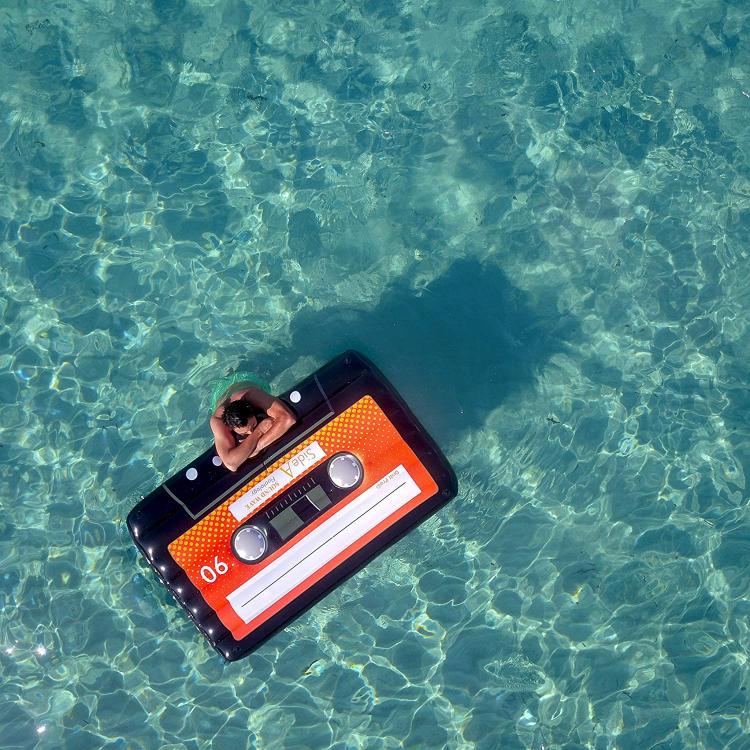 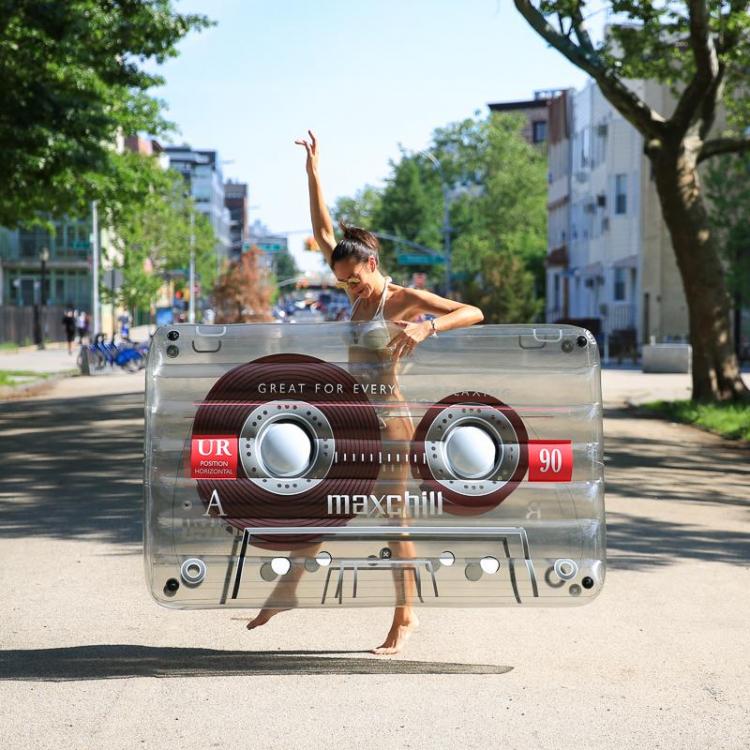 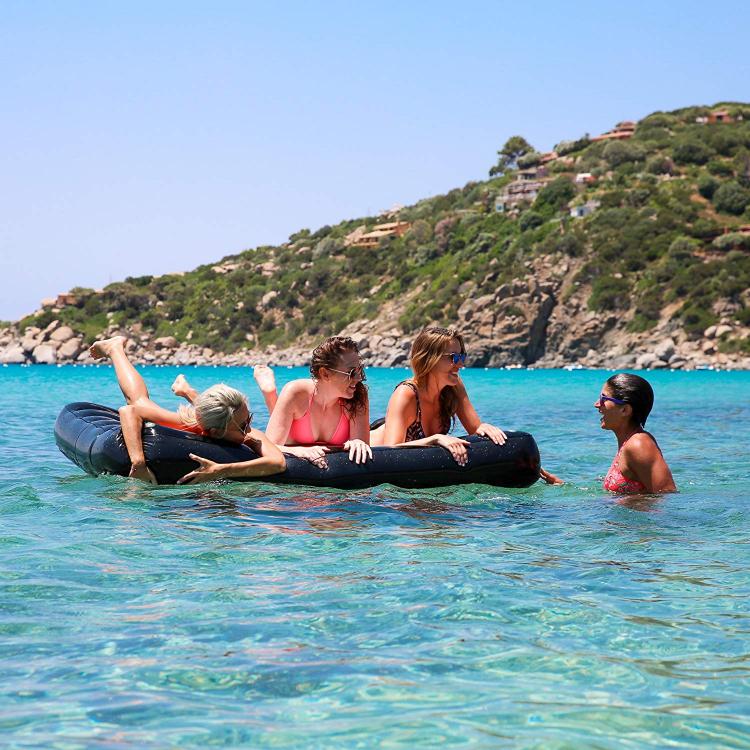 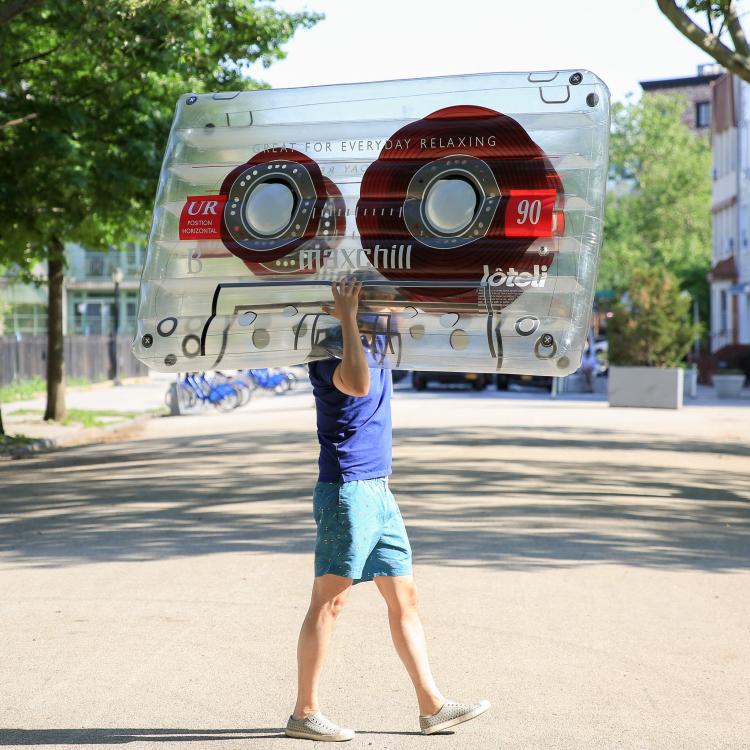 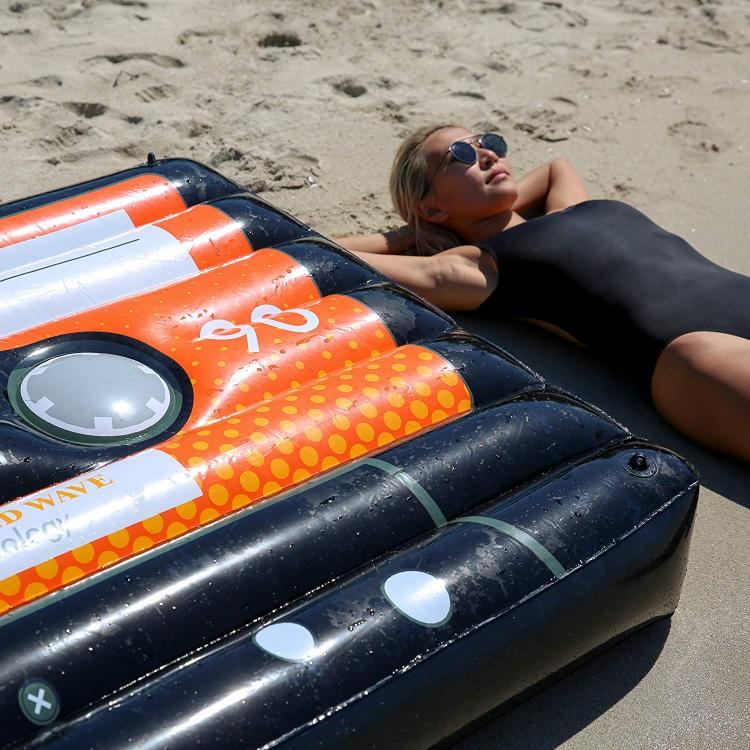 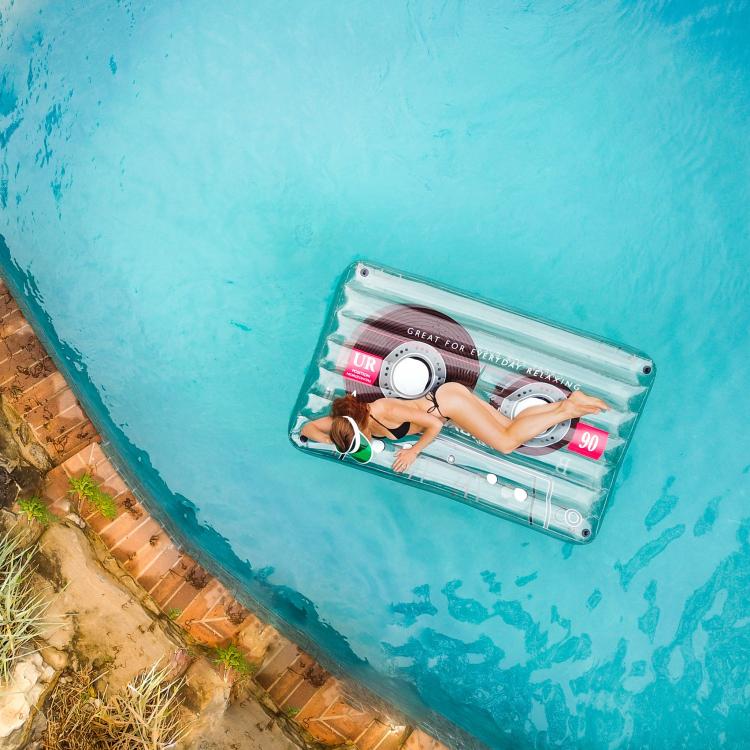 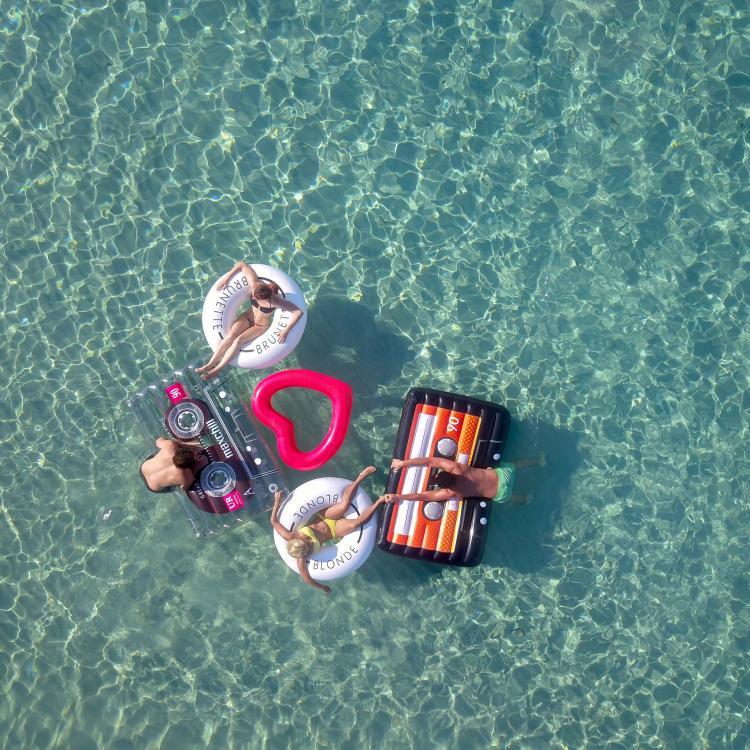 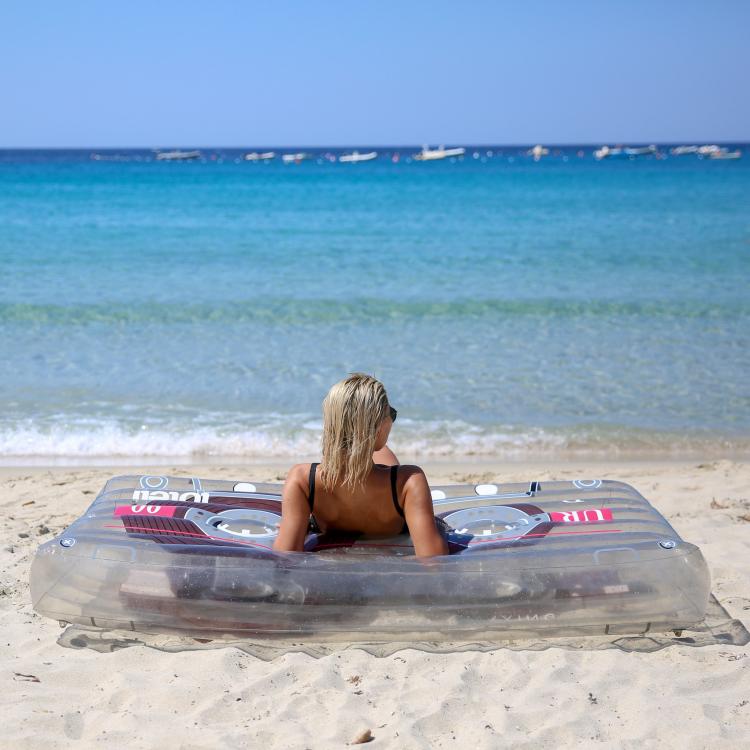 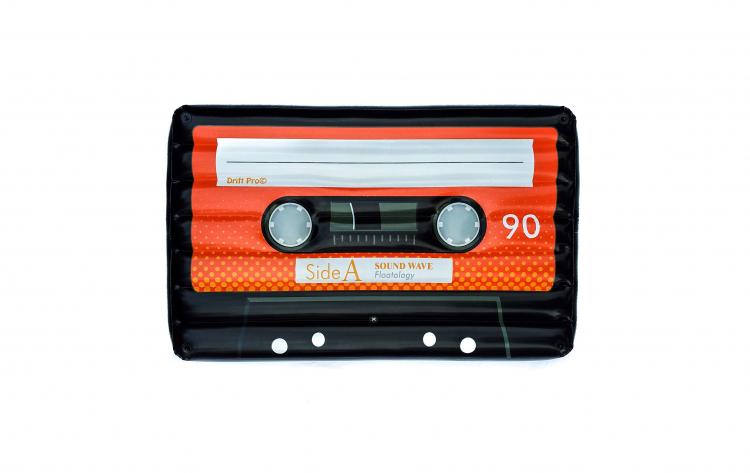 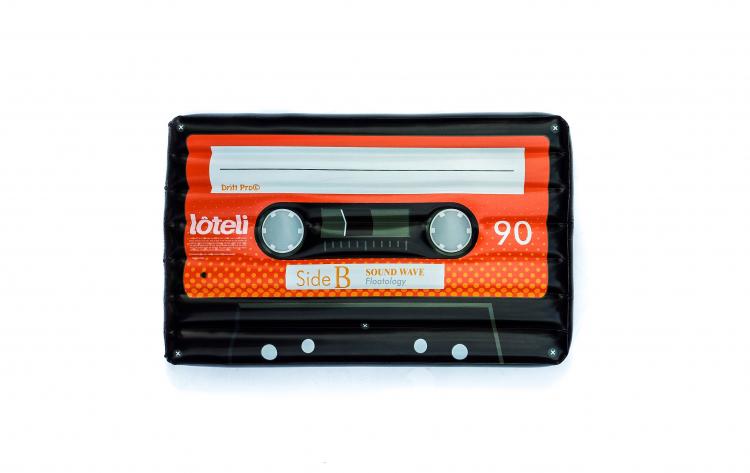