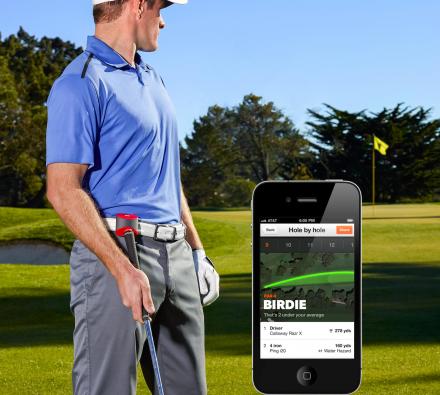 The GAME Golf is a device that you wear on your belt to help track your shots through your round of golf. The way it works is each of your clubs will have a NFC tag on the end of it that you tap onto the device on your belt before each swing, this will track each shot you have on the course. You can then track each shot on your smart phone, tablet, or computer which displays your shots on a map of each hole. The GOLF Game will track a plethora of different key data from your round of golf including your score, fairway accuracy, greens-in-regulation, approach shot accuracy, scramble percentage, sand saves, putts, and average club distances. Not only that but it tracks each shot on a satellite map of the course so that you can see exactly where you shot each ball.

The GAME Golf shot tracking system also allows you to share your data on social media or on the GAME platform's community if it was a great round. You can also compare your rounds and shots with other users that have used the GAME golf system on the same courses that you've shot on by being shown side by side comparisons of each of your shots. 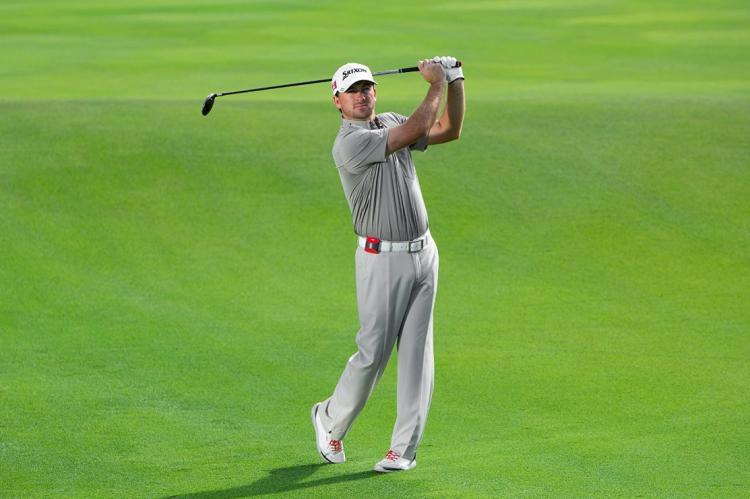 The GAME Golf system also allows you to compete virtually with other users of the system whether it's someone right next to your or someone on the other side of the world.

The Game Golf shot tracking system was initially funded IndieGoGo campaign that raised over $280,000 back in 2013 and is now fully for sale on Amazon.

Check out the device in action via the video below.