Fathom One: An Underwater Drone You Control With Your Smartphone/Tablet 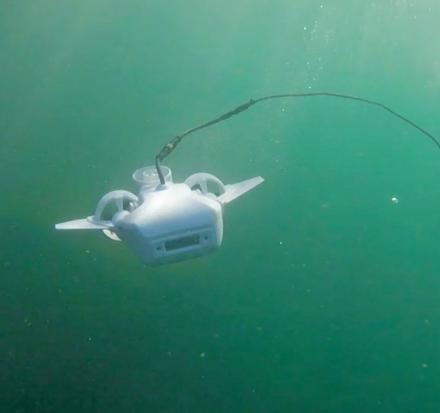 We've conquered the skies with our drones, now it's time to conquer the sea. Sure there are already drone-like vehicles that we send deep in the sea to discover deep trenches and such, but none that are available on the mass market and cheap enough for almost anyone to buy. The Fathom One is a new consumer water drone that lets you control it using your smartphone or tablet from the comfort of the land or in a boat.

The drone drags around a floating buoy that's used to connect to your phone or tablet via wifi, and is a sure-fire way to get the drone back if something were to go wrong while it was diving.

Dual thrusters on each side of the water drone allow it go get going at speeds of up to 3 knots, plus a third thruster on the back makes piloting the drone in all directions super intuitive and easy.

The Fathom One has a built in HD camera on the front of it that sends a live picture of whatever is in front of the drone to your smart phone or tablet. You can then record the live footage whenever you like to save videos of whatever you find and discover under the water.

The underwater drone is also modular so you can remove, upgrade, or replace any of the thrusters, which means you don't have to limit yourself to the thrusters they provide. The makers of the drone also plan to come out with an entire line of thrusters and accessories that can easily be added and removed using the modular system. 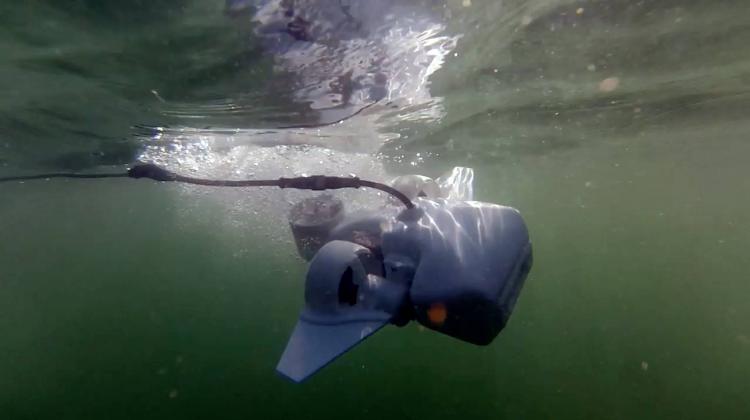 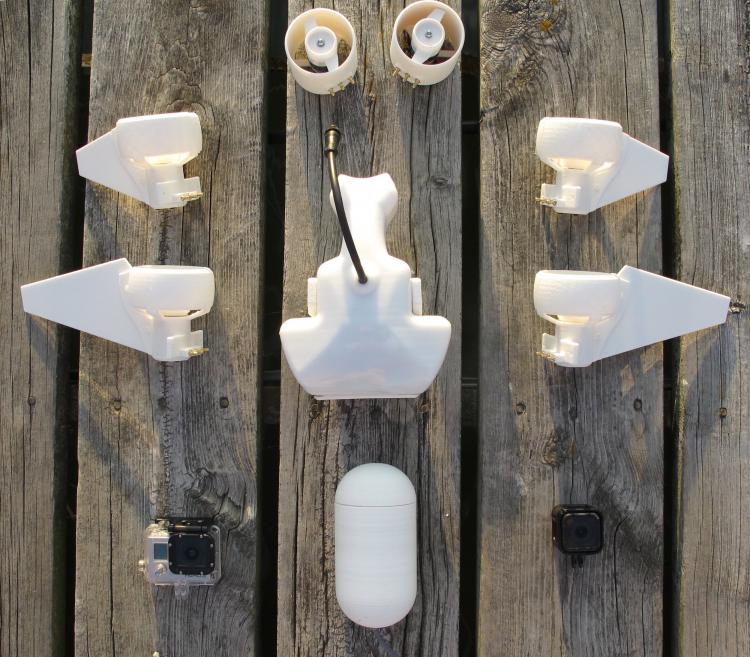 The Fathom One underwater drone has an internal battery that give the device up to 1 hour of usage time on a single charge, records footage in 1080p, comes standard with a 100 foot tether to the buoy, has a maximum operating depth of 150 feet, and has built in 3W bulbs for for clear viewing underwater (even at 150 feet deep or at night). The Fathom One weighs 4.5 lbs and the hull measures 8 inches x 6 inches x 4 inches. 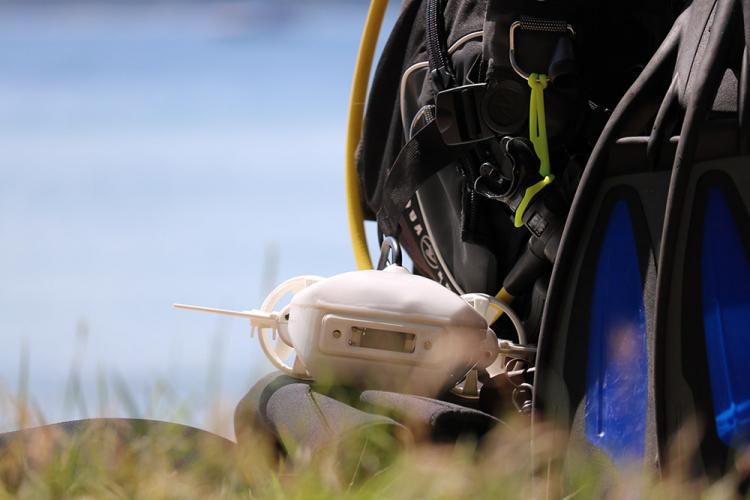 You can connect to the drone using their app on both the iOS and Android app stores which offers wireless piloting and live HD video streaming within a 100 foot radius of the floating buoy. 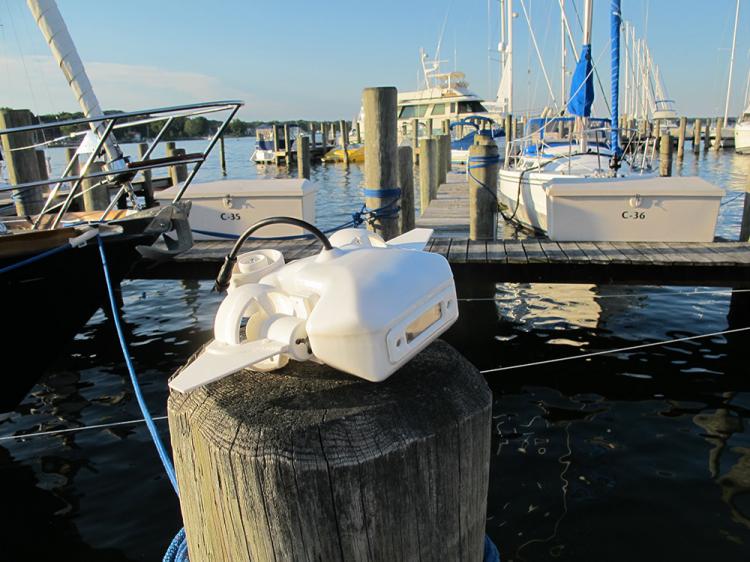 The Fathom One underwater drone is currently in a funding phase on Kickstarter with an estimated delivery date of June 2017, so go reserve yours now, or get more information on their website, and be sure to check out the sea drone in action via the video below. 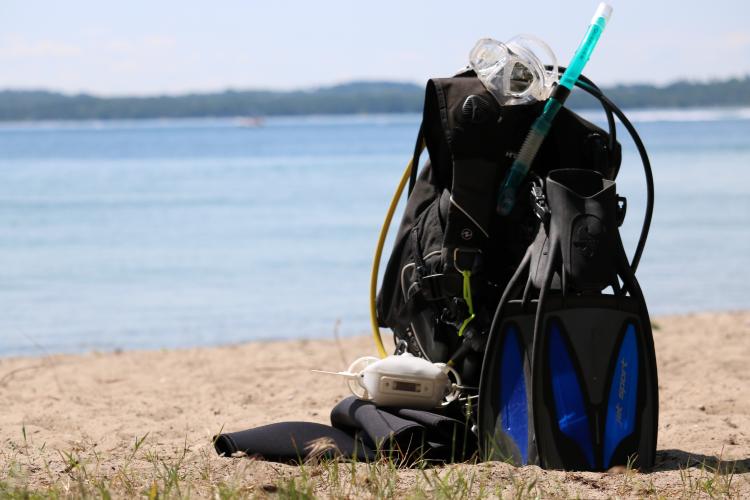 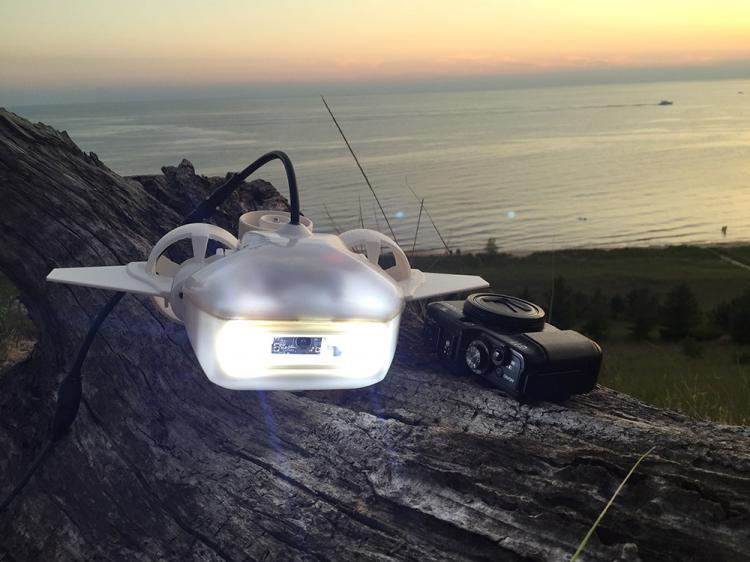 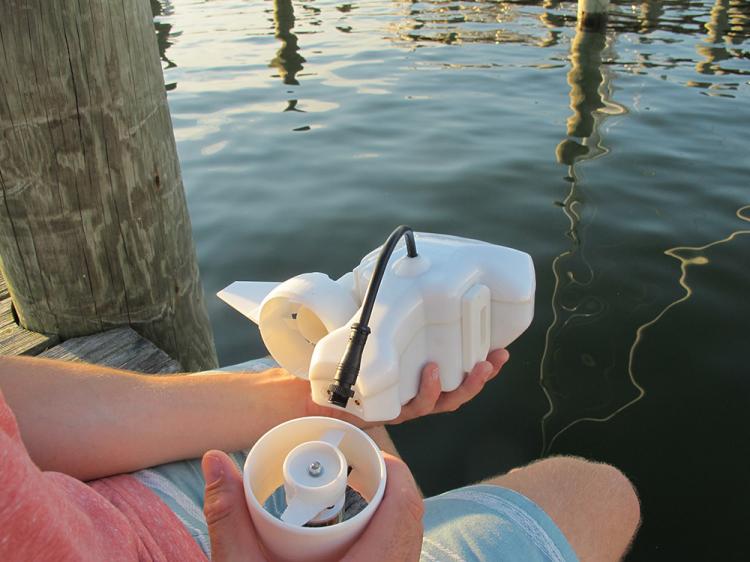 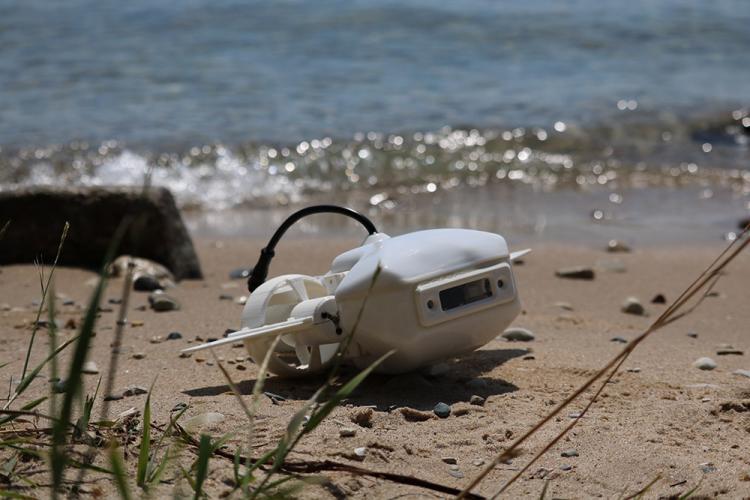