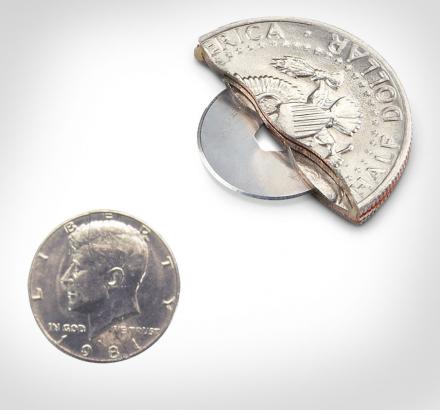 The 50 cent piece knife is a real 50 cent piece that looks extremely realistic and conceals a hidden blade inside of it. I'm not sure how much damage you can do with a rounded blade, but I'm sure you could give someone a pretty mean paper-cut. Although the real entertainment value comes when you try to threaten someones life with half of a 50 cent piece. Perfect for cutting through rope, zip-ties, or duct tape when you're tied up in a hostage situation, or having in the wilderness as a survival tool, and probably not so great of an idea to take on an airplane in the United States, the 50 cent piece knife is useful for a very small handful of situations. Plus when searched by the police they'll probably skip right over the hidden knife thinking it's just change... They'll just think you're one of those weirdos that carry around a lucky 50 cent piece.

Check out the 50 cent coin knife in action via the terribly demonstrated video below. 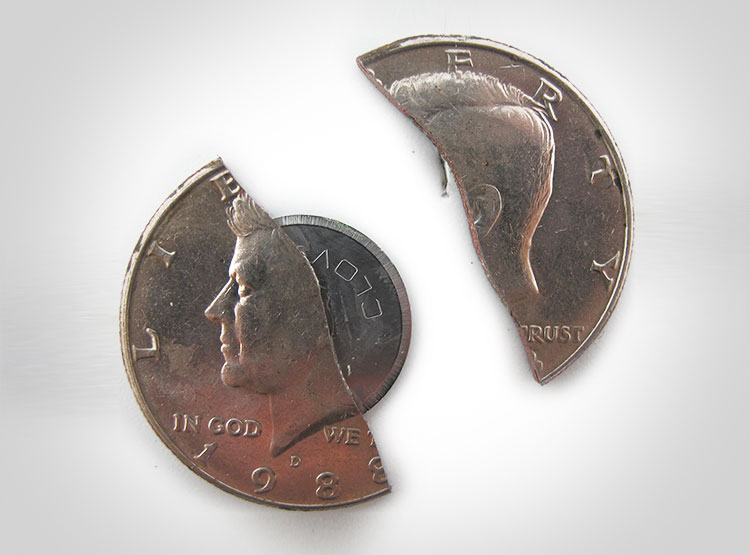 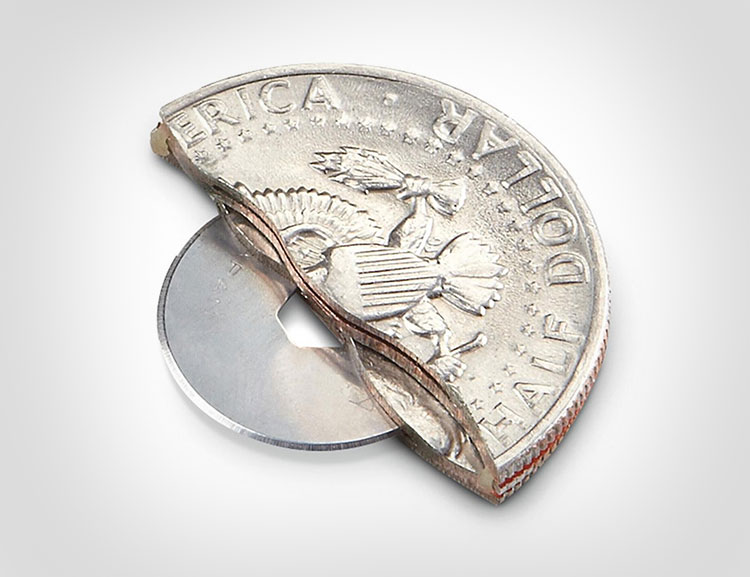 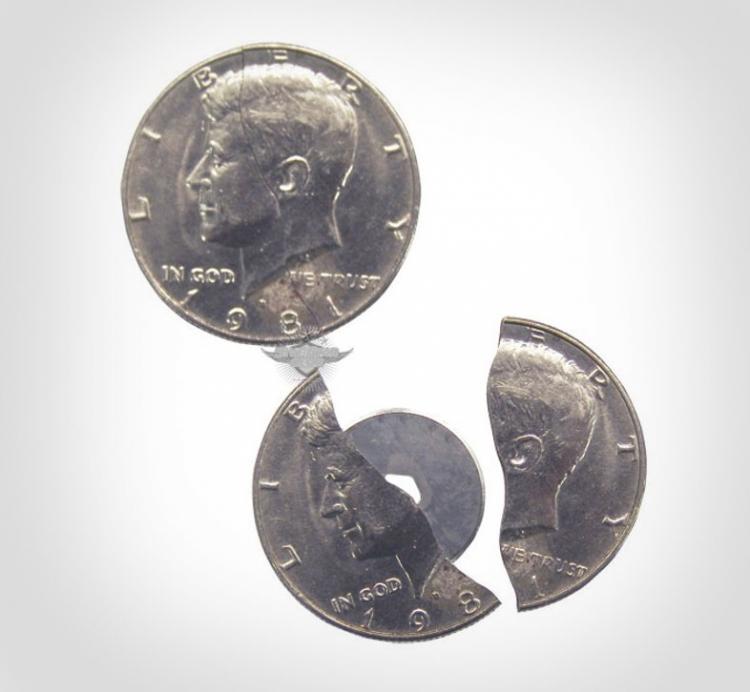 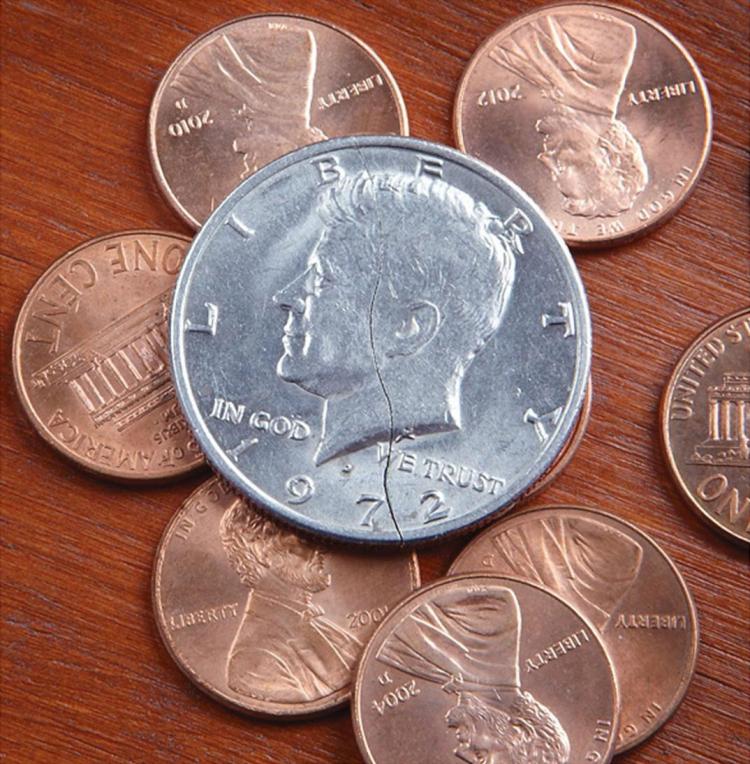