These Magnetic Cars Automatically Transform Into a Unicorn When Connected 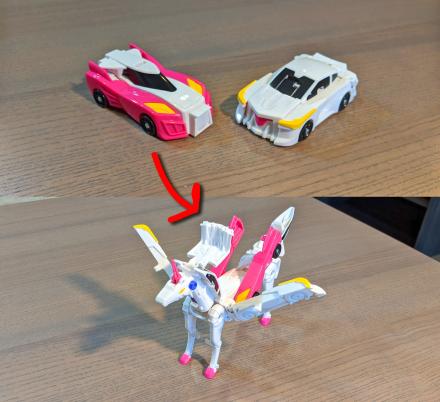 Of course we all remember playing with Transformer toys when we were younger, and those were great and all, but you essentially had to do all of the transforming  yourself by hand manually! Now what's the fun in that? We recently found out about these new transforming toys from Korea called Hello CARBOT. They do all the transforming automatically when two cars connect, and they require no electronics, power, or batteries of any sort.

They simply trigger a release when the two cars connect with a magnetic attraction between the two cars. After trying them out, it's actually quite satisfying to do over and over again, and it surely beats those pathetic transformer toys I played with as a kid! 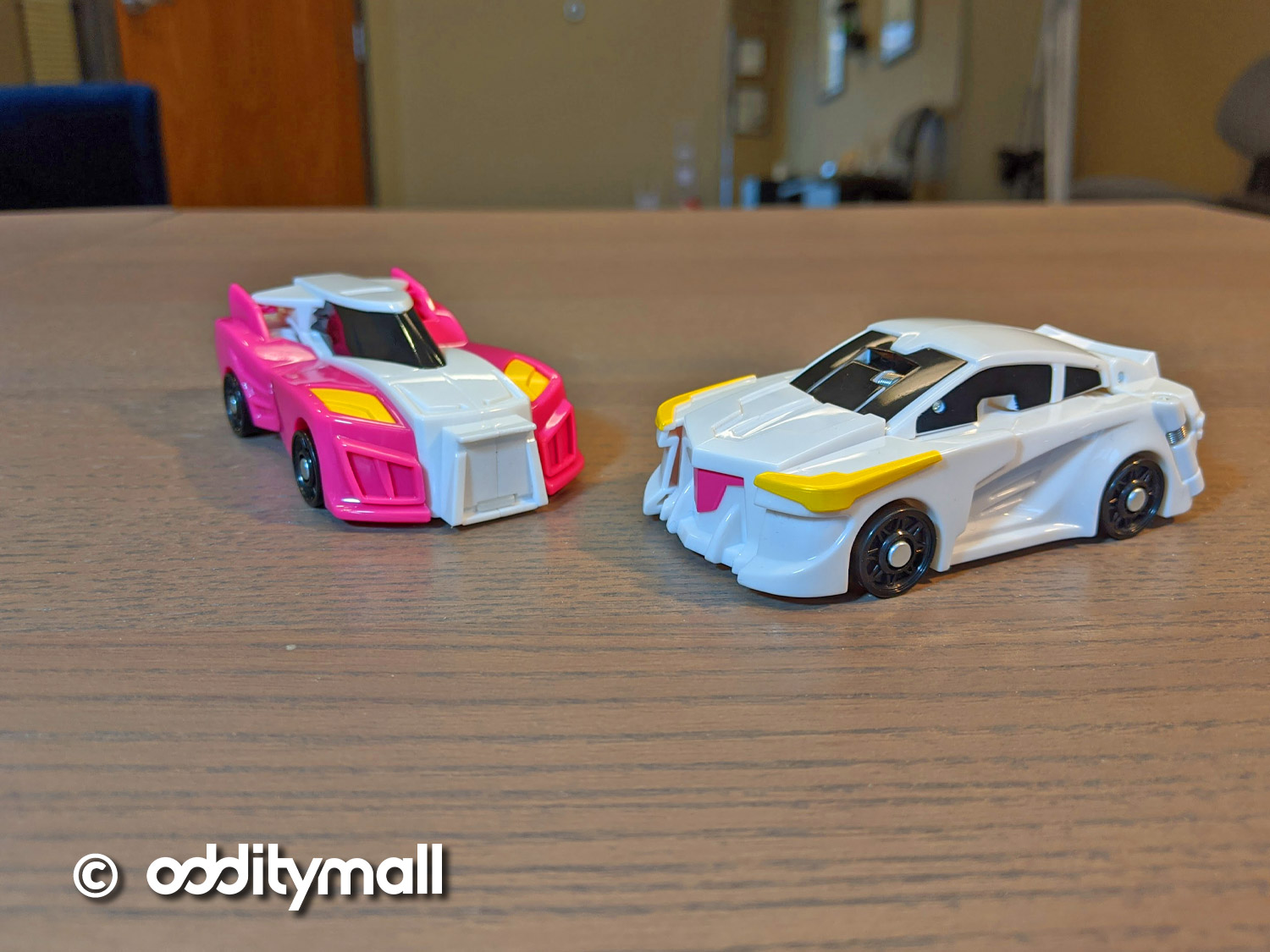 The Korean toy forms what they call a Mirinae prime, which I guess is some sort of knock off of Optimus Prime? We're not really sure. Hello Carbot, the company that creates the cool transforming toy actually offers a bunch of different transforming toys that you can check out if you don't like the unicorn and car mixture. 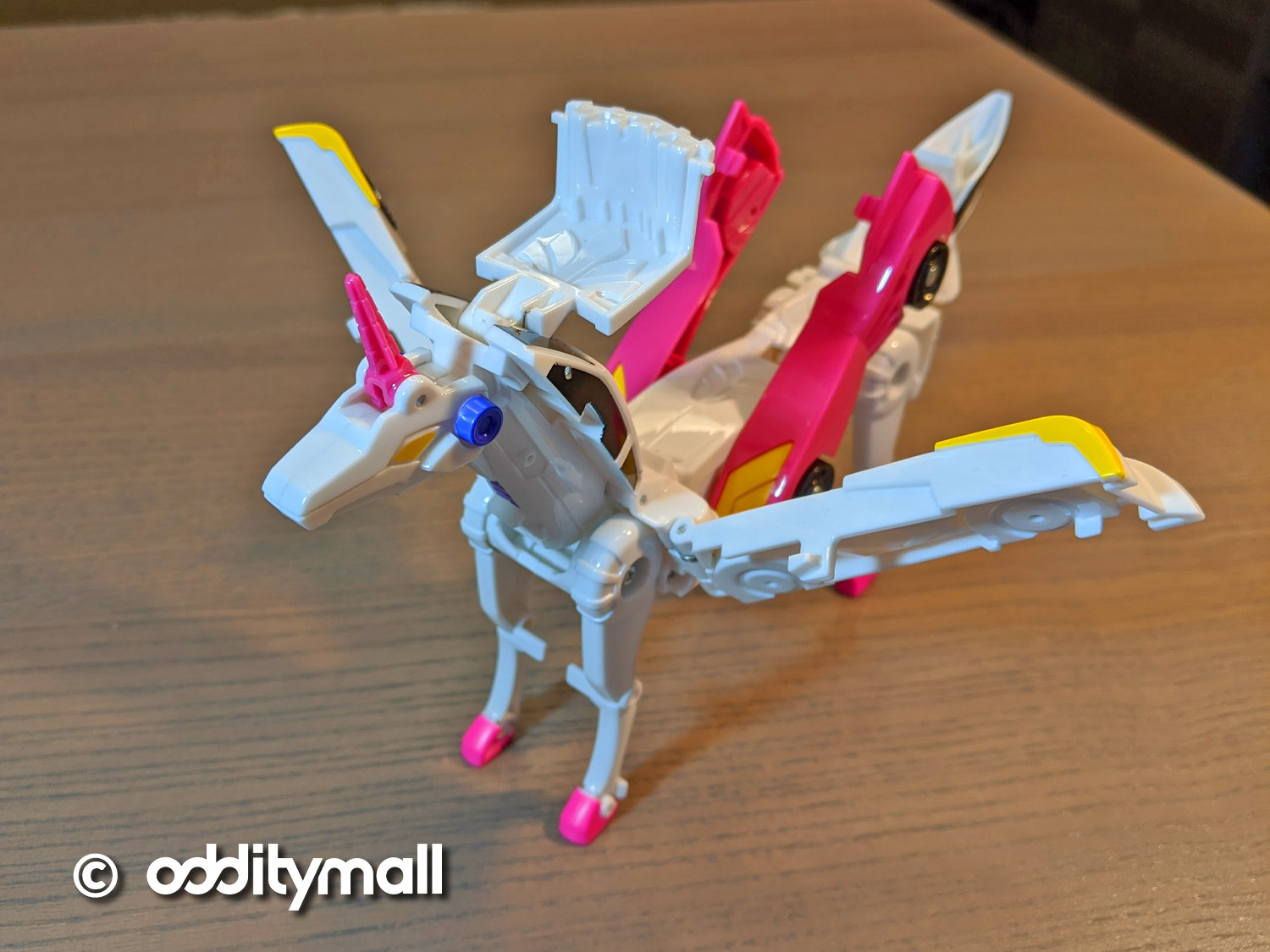 With other variations including a robot, a phoenix, a dragon, a plesiosaurus, and more. Some of them use two different cars to transform into something, and others come as an egg that transforms into something else. 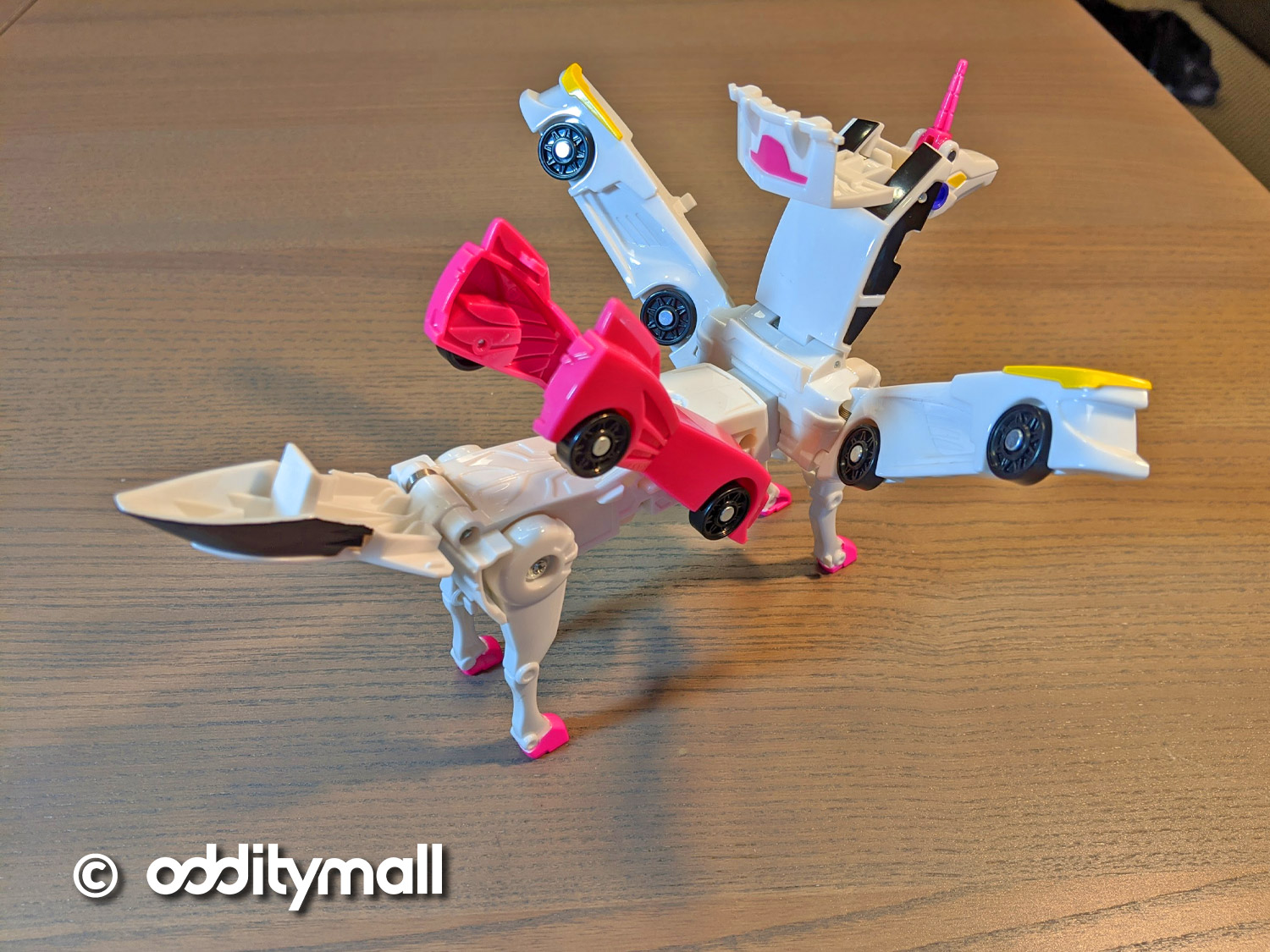 If you have a slow motion camera on your phone, it's a super cool way to view the unicorn coming into shape when they connect! View the video at the bottom to see it! 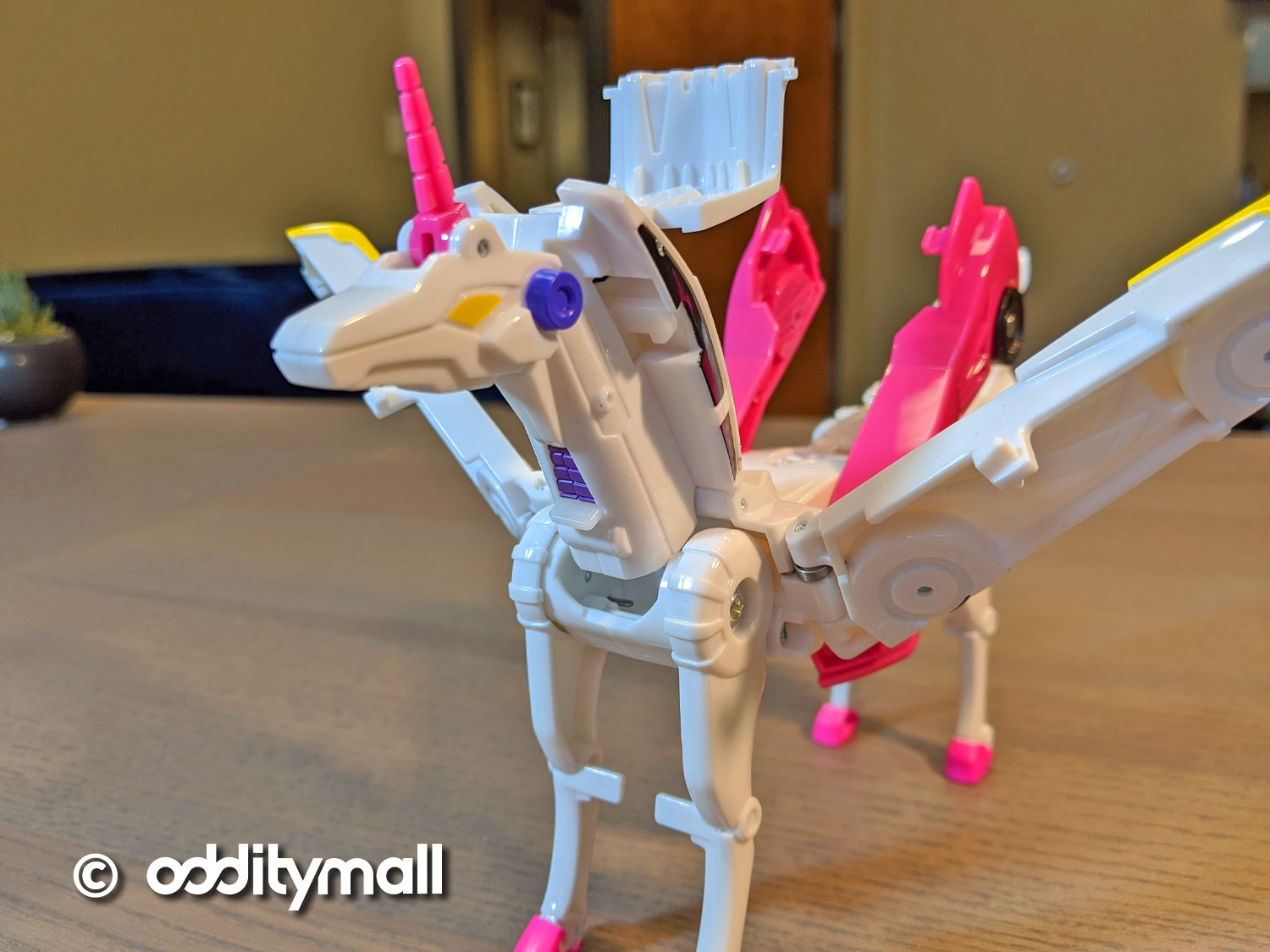 It's a perfect gift idea for kids who love unique toys, or just a new toy for someone who works in an office! 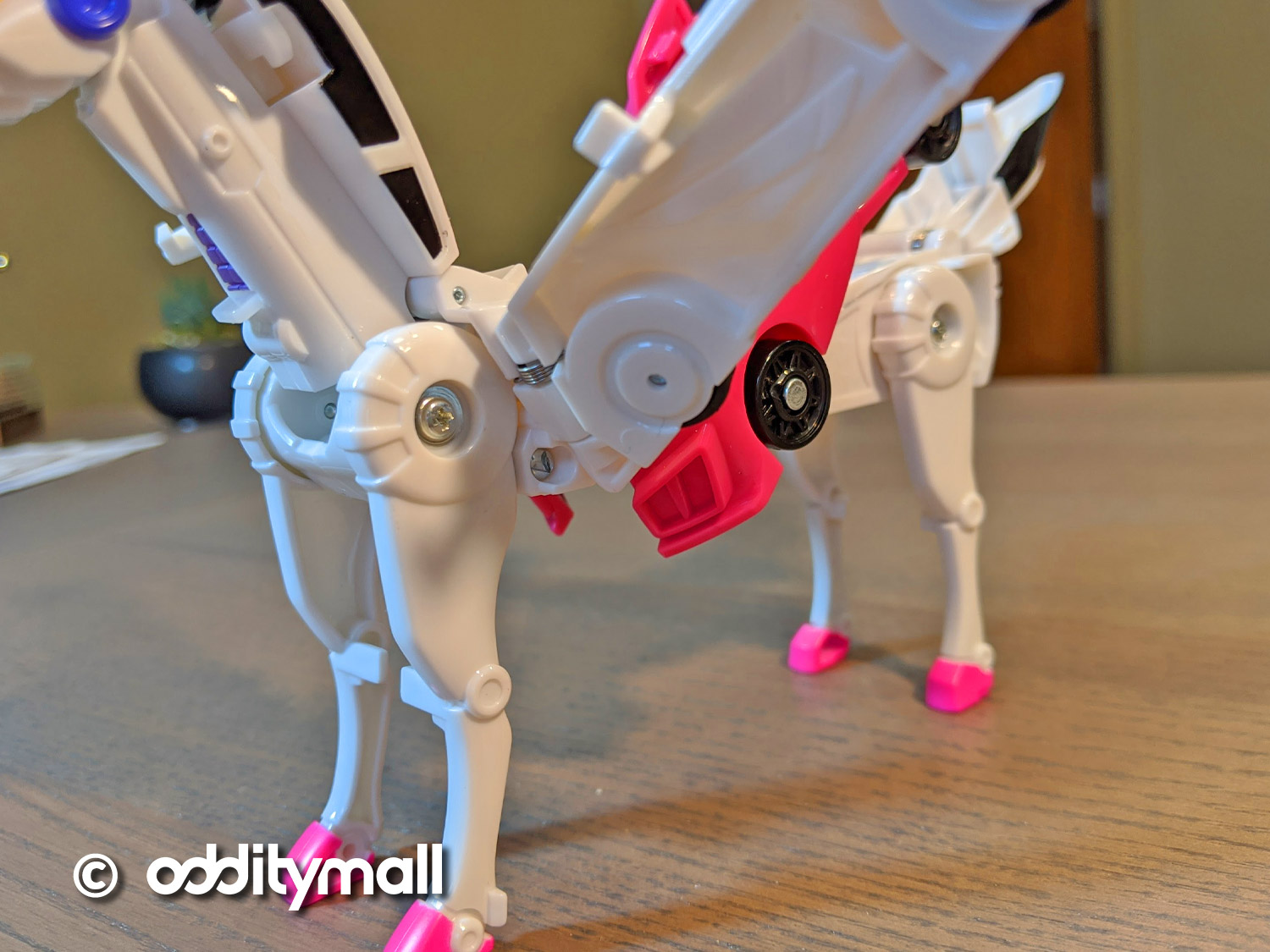 The fully formed unicorn when both cars are connected magnetically. 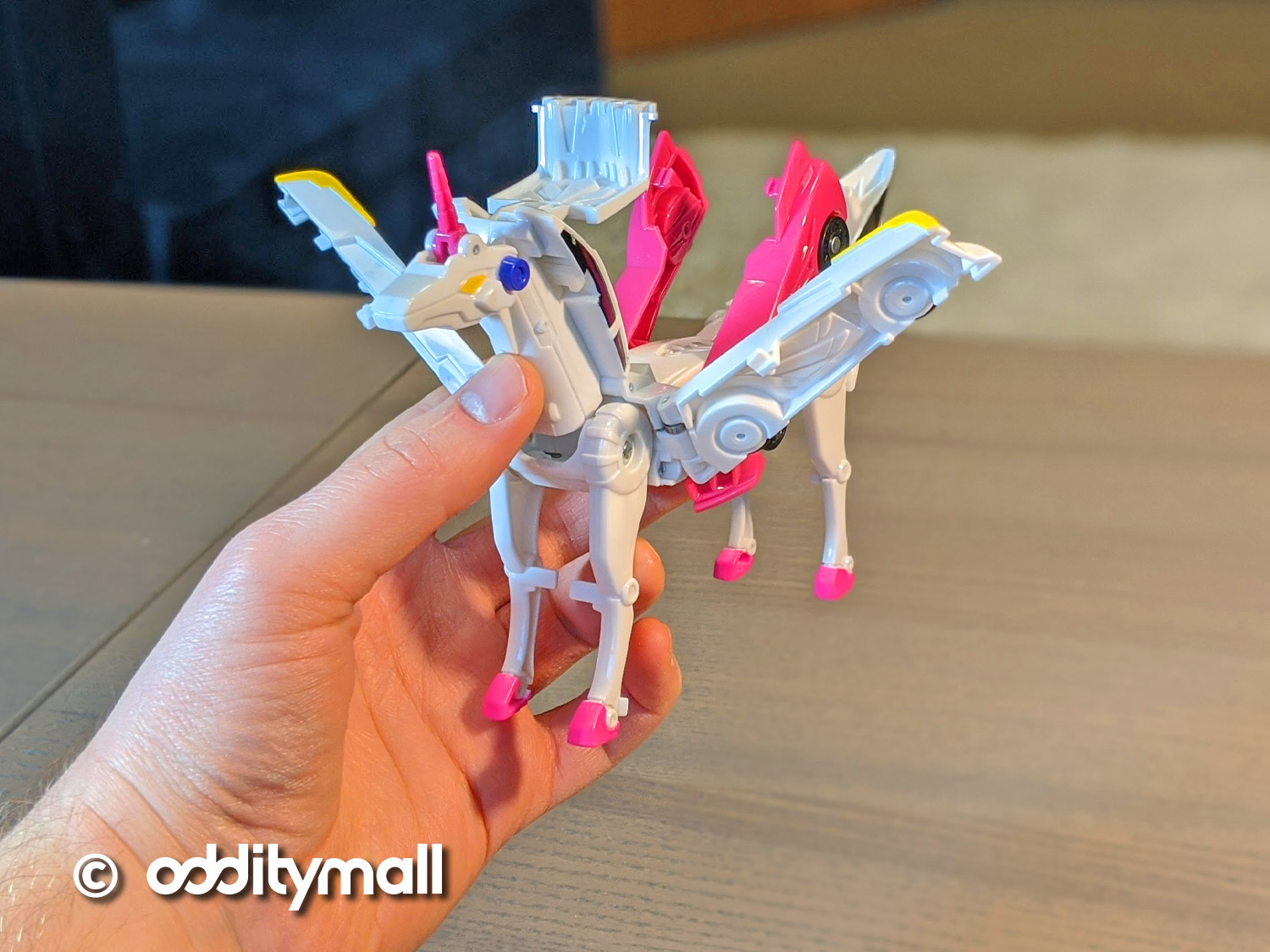 If you loved Transformers growing up, you're going to love this transforming car toy! 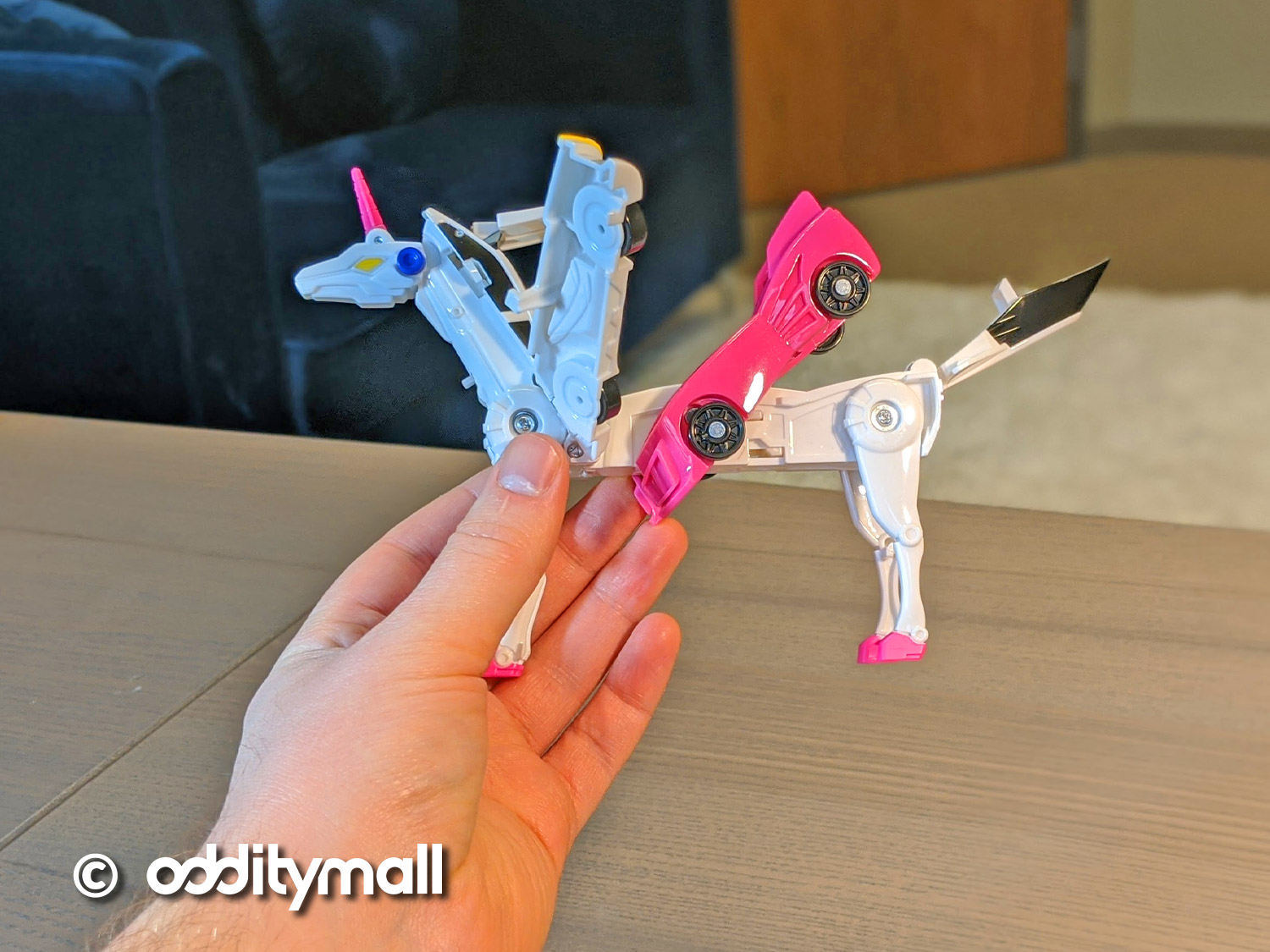 Here are the transforming cars as a unicorn but separated. 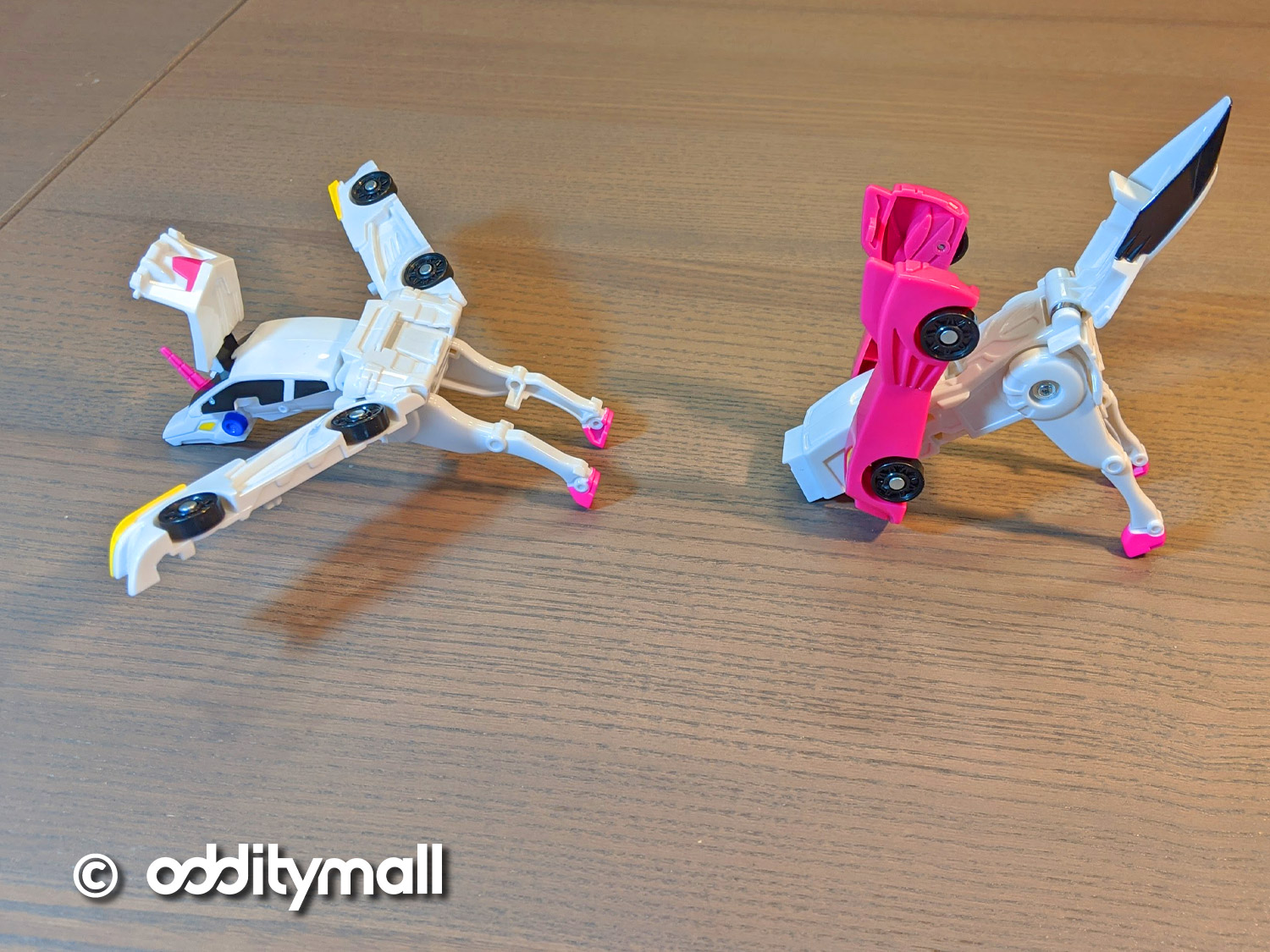 Just reset each car when you'd like to use it again. The rest process takes just a few seconds to complete. 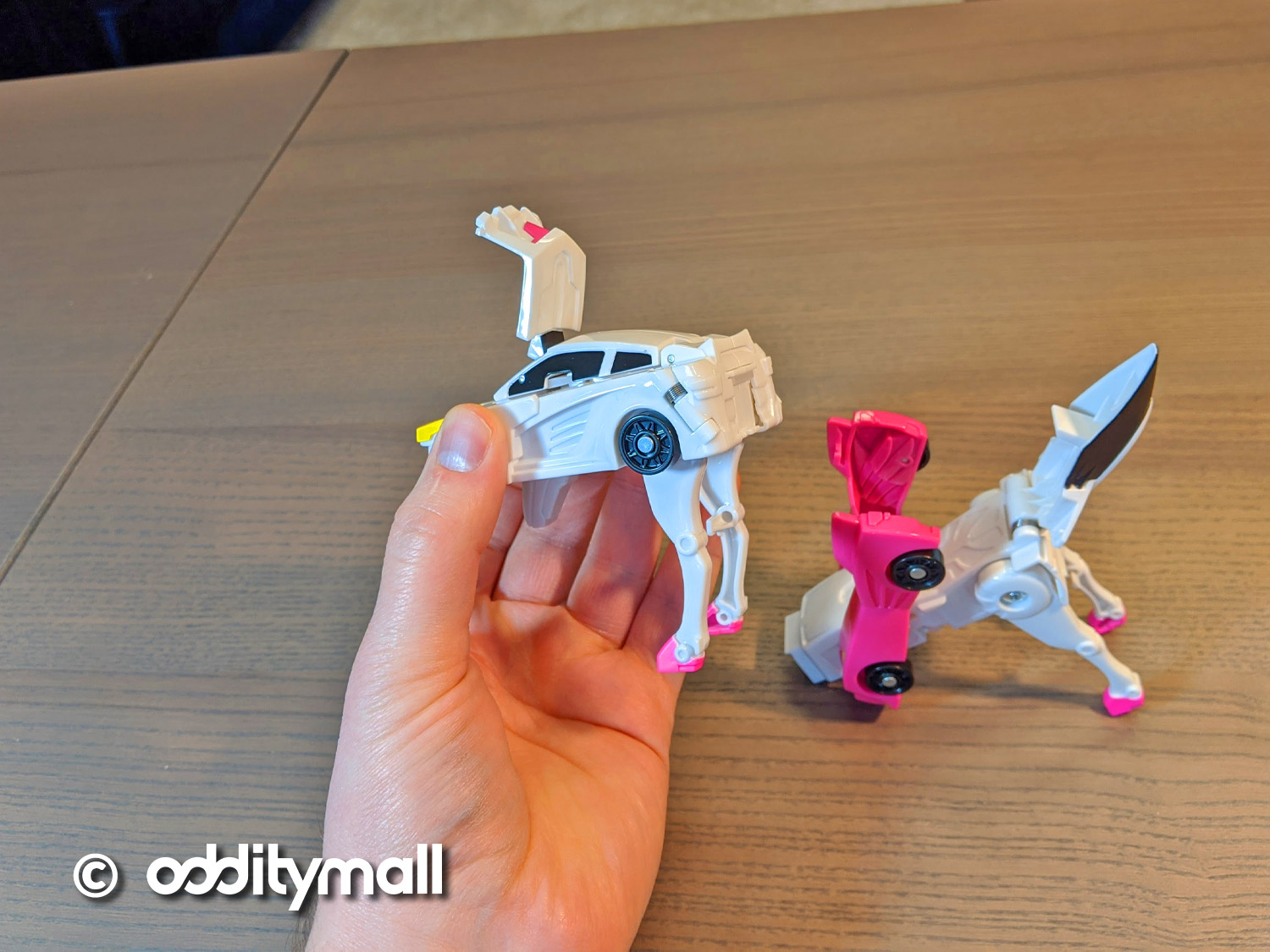 The toy is made up of one white car and one pink car which connect together using internal magnets. 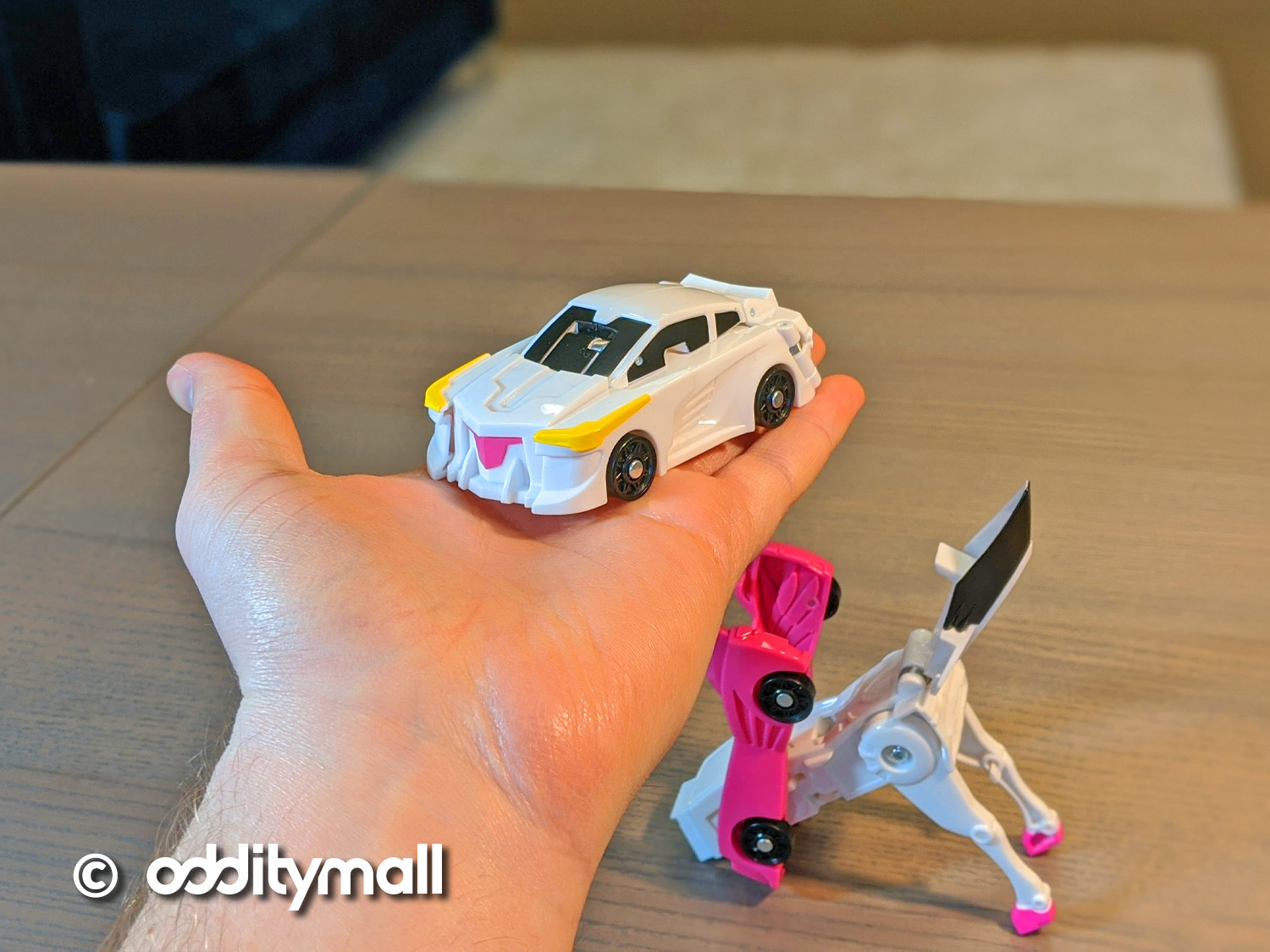 The Hello Carbot makes a super fun and addicting office toy to fiddle around with when you're thinking or coming up with new ideas! 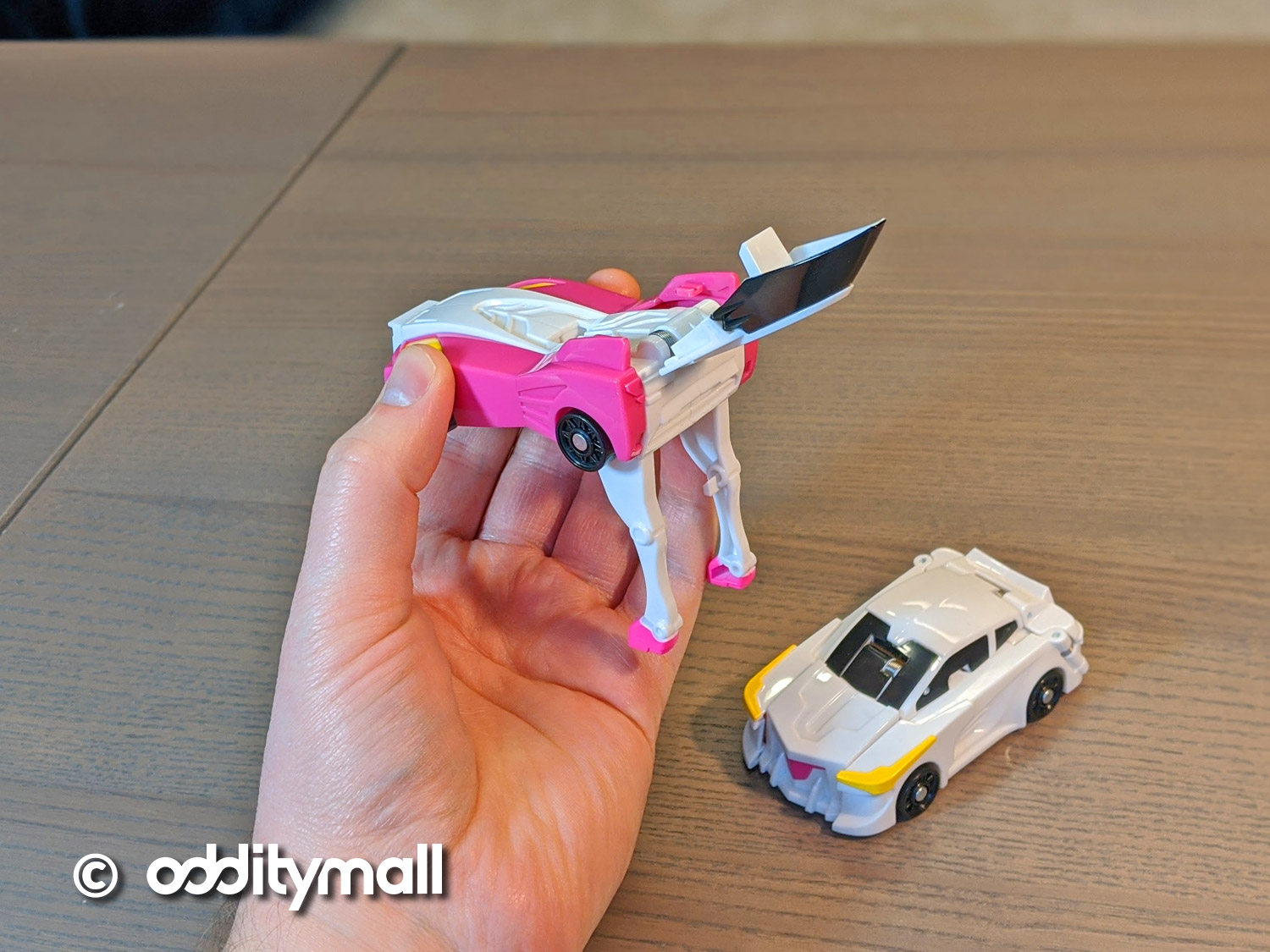 This version of the Hello Carbot is called the Mirinae Prime which transforms into a unicorn, though there are other versions that transform into other things! 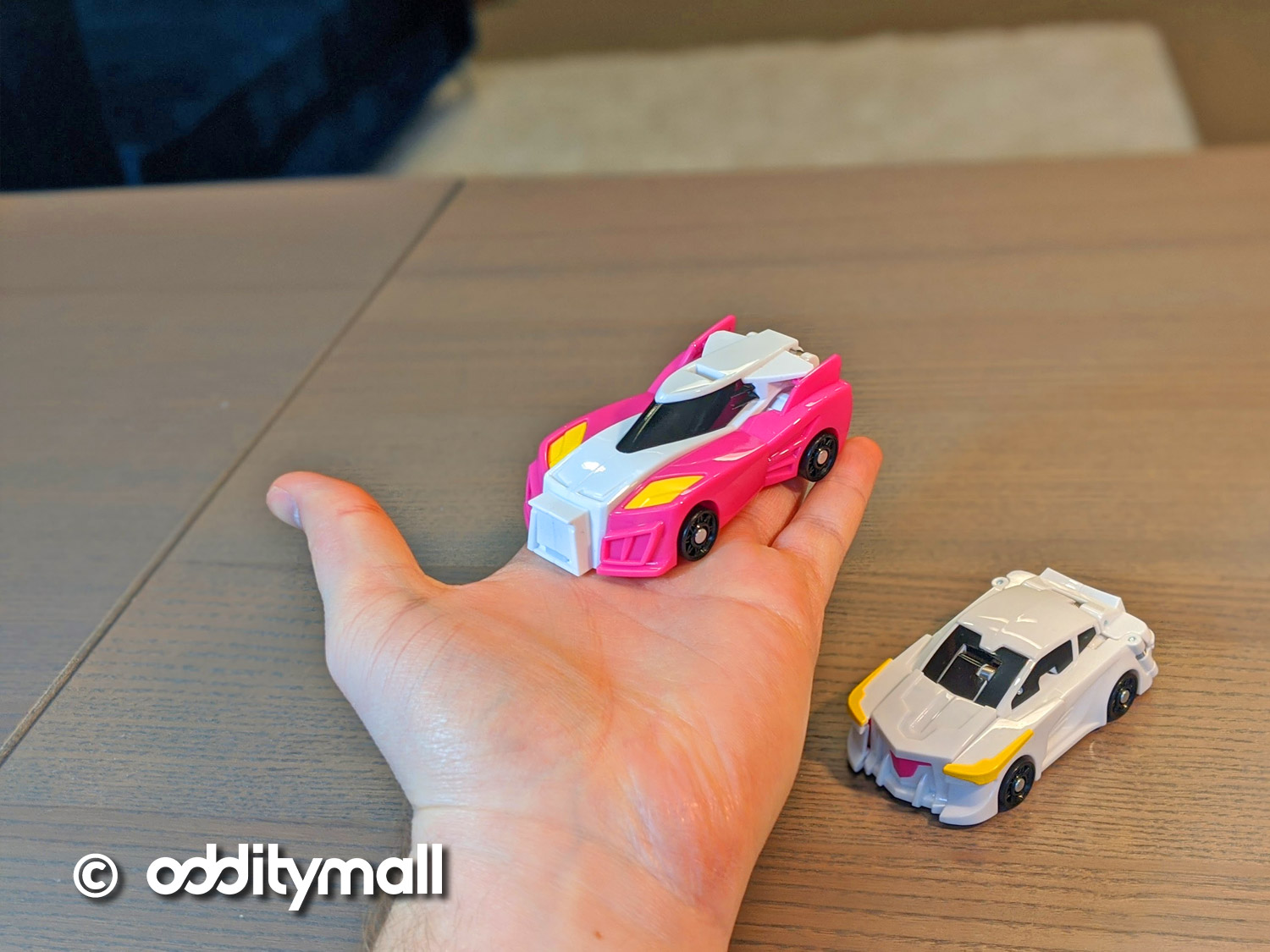 You can see the hidden unicorn inside the cars when they're upside-down. 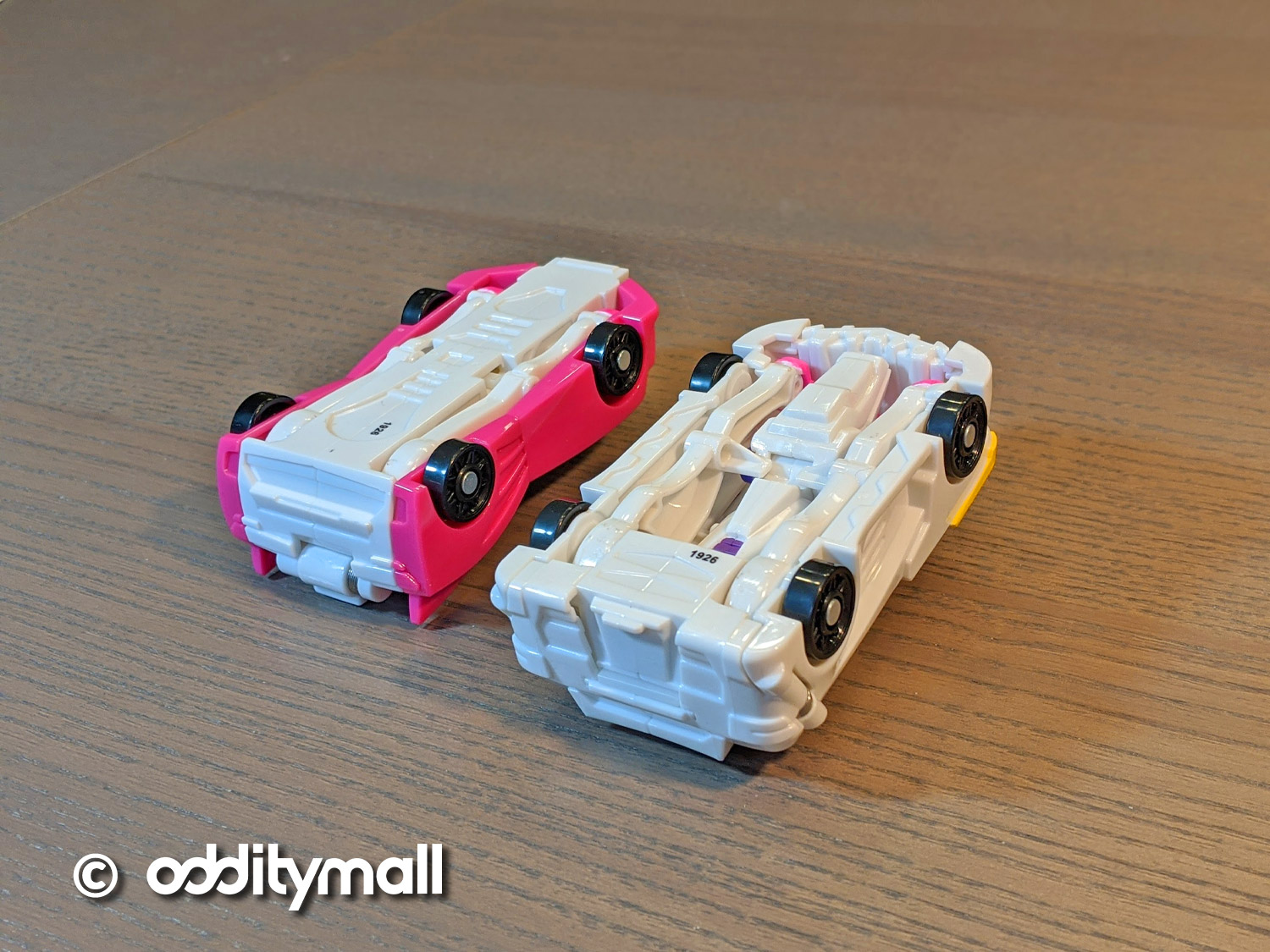 Each car has internal springs that get released when the magnets in each car get triggered. 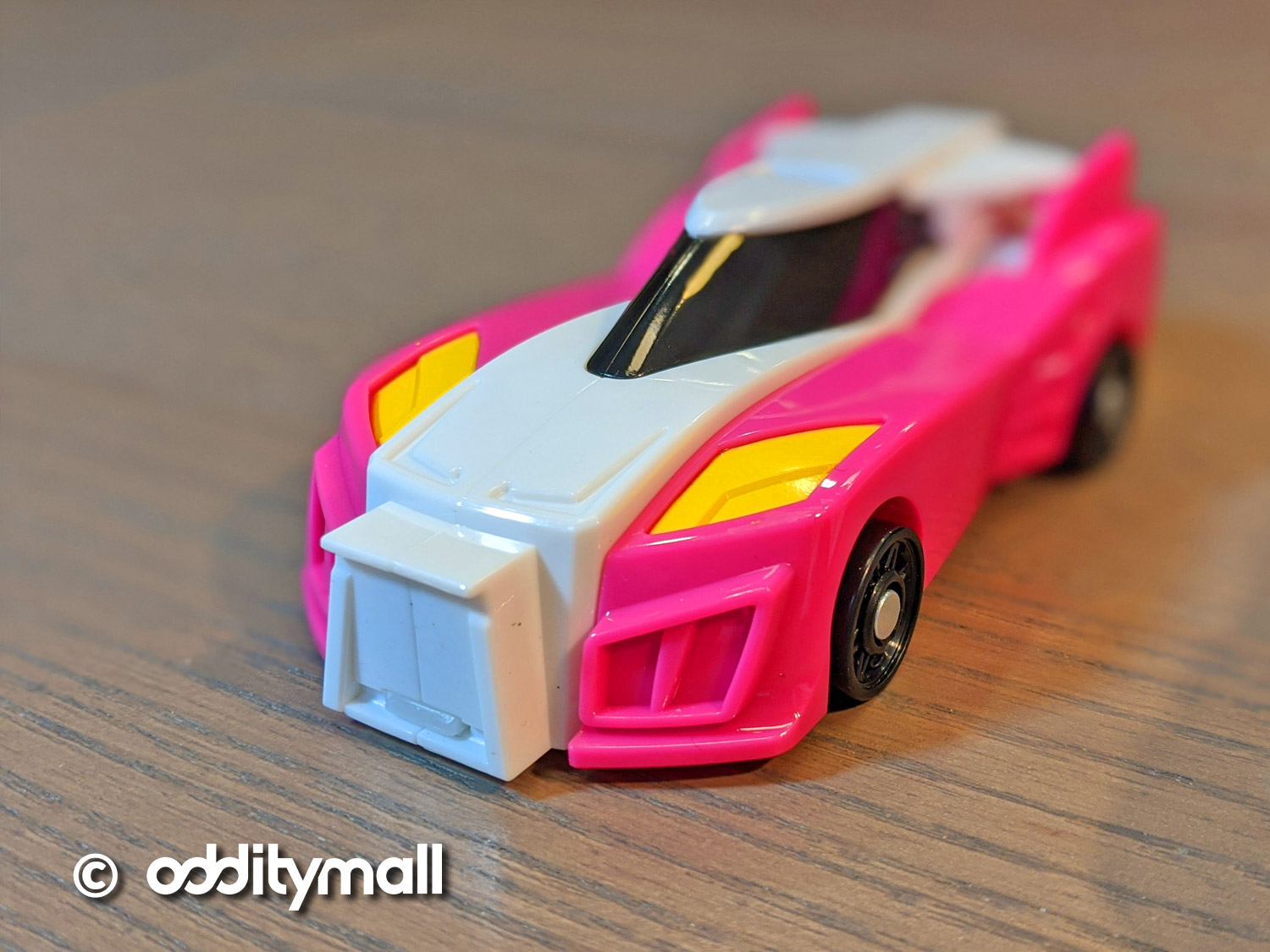 The Hello Carbot toy is made and sold exclusively in South Korea, though you can see it pop up on online stores from time to time. 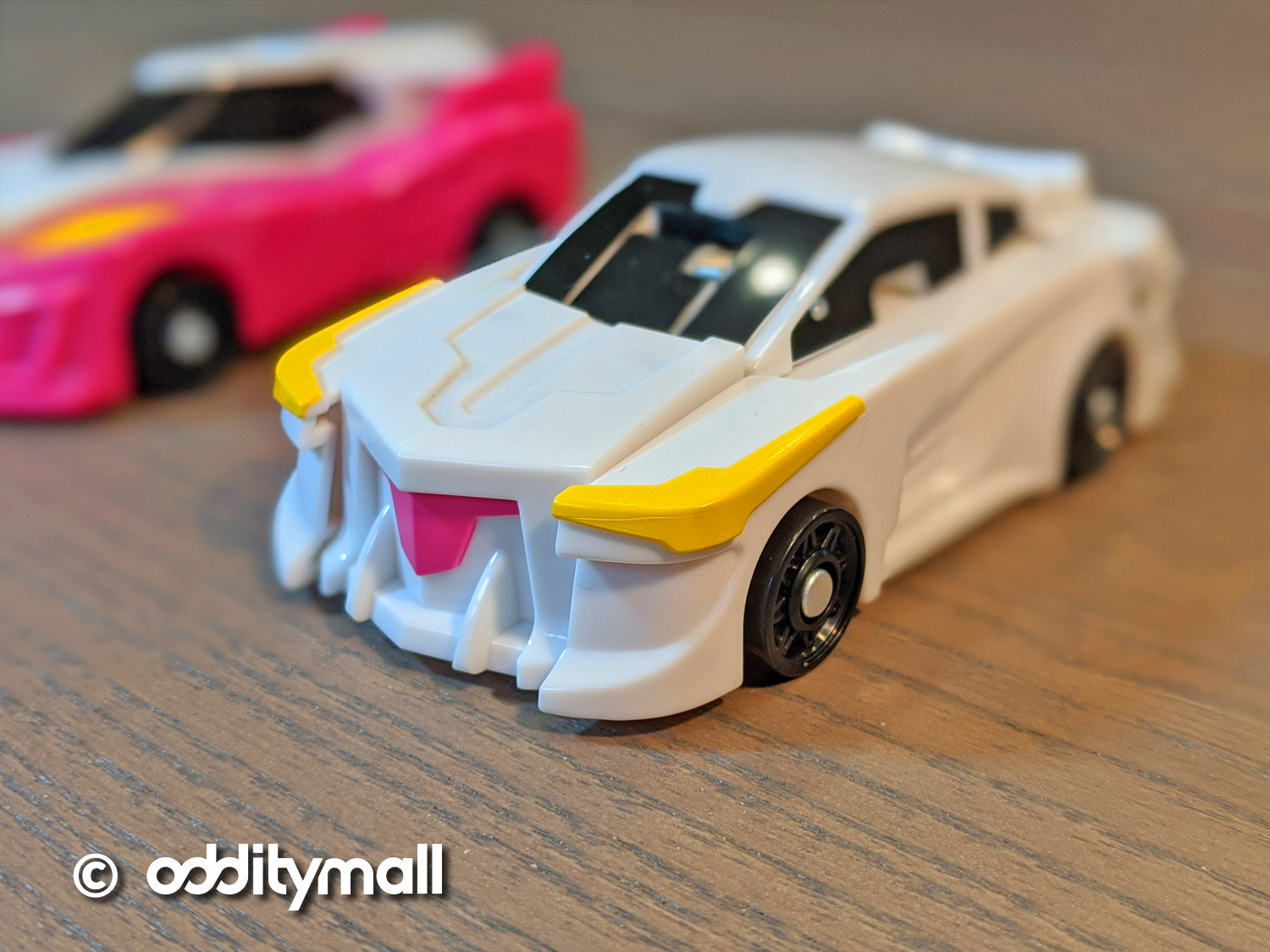 This is where the magnets are located in the transforming cars. When they connect, they automatically trigger the transformation into a unicorn. 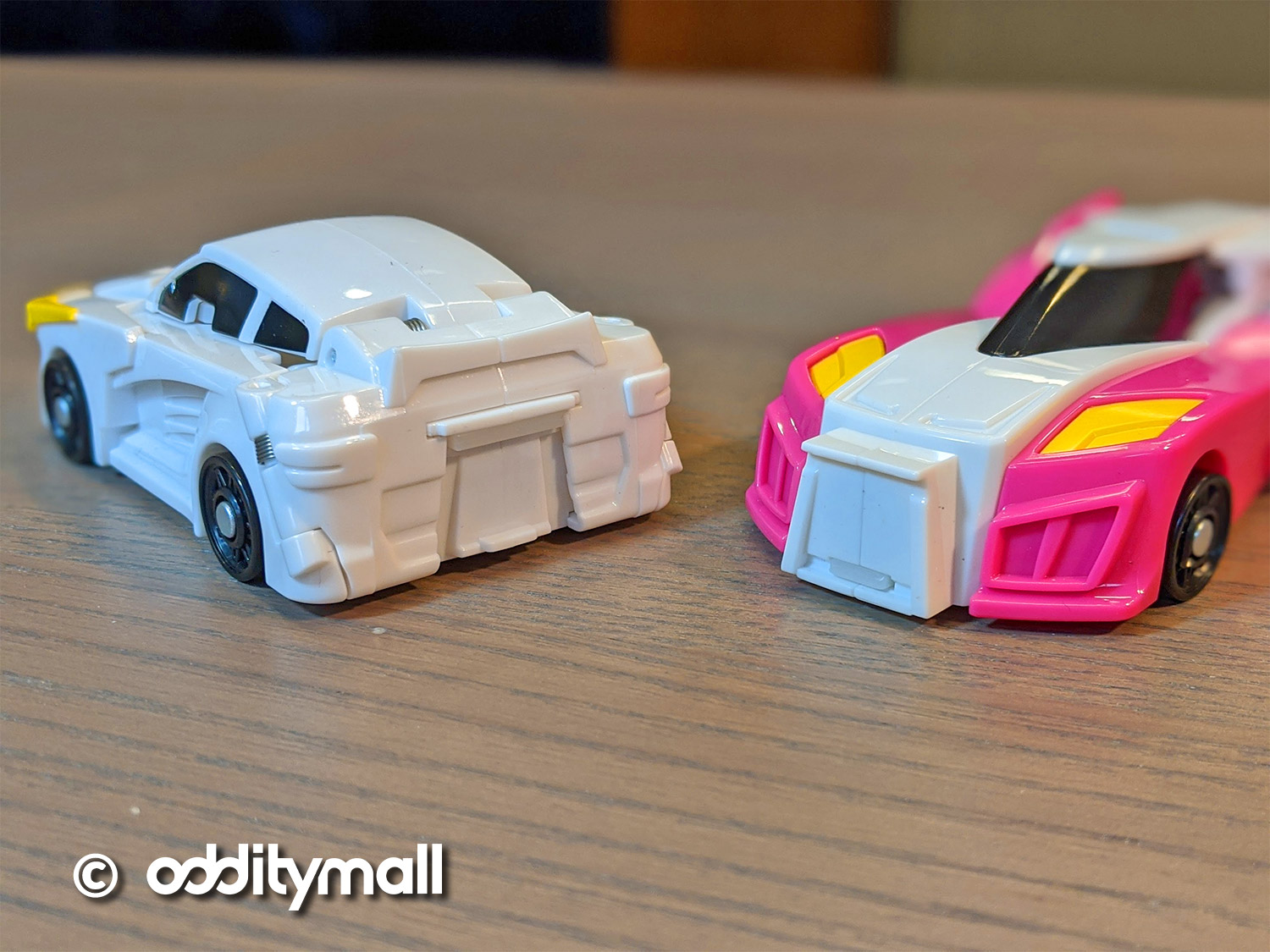 You can snag the magnetic transforming cars from Amazon for around $20 bucks. There's also a few different versions available! 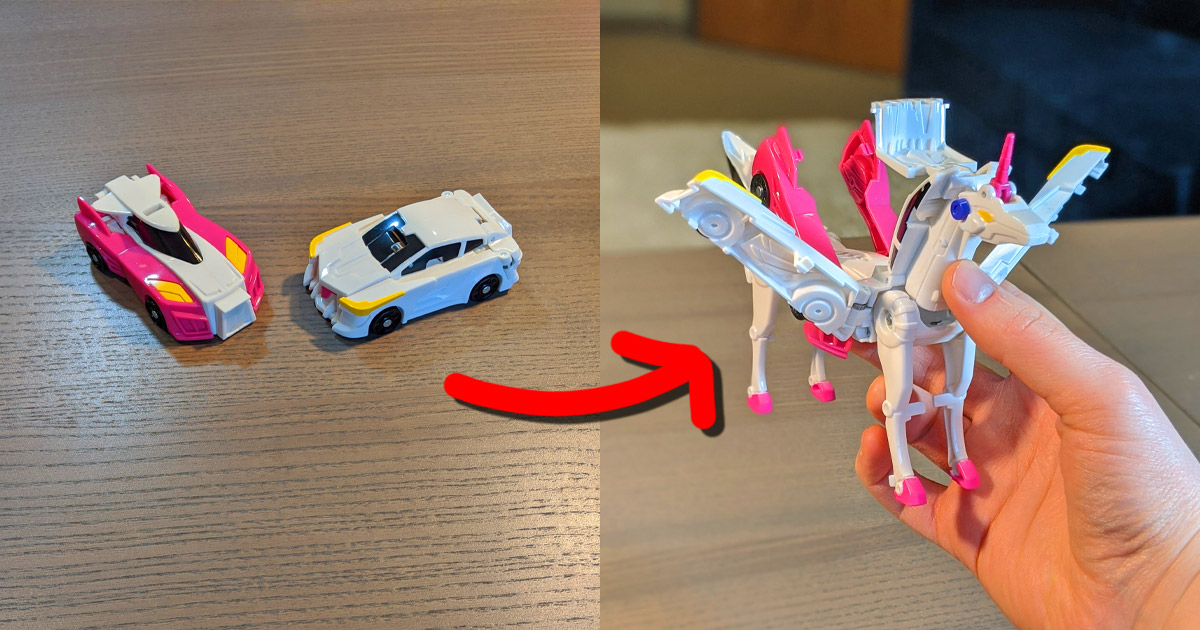 Check out the Hello Carbot magnetic cars that transform into a unicorn in action via the video below.