These Behind The Couch Tables With Integrated Outlets Are Becoming A Thing, And We Love It

Check It Out
@etsy.
Find on Amazon 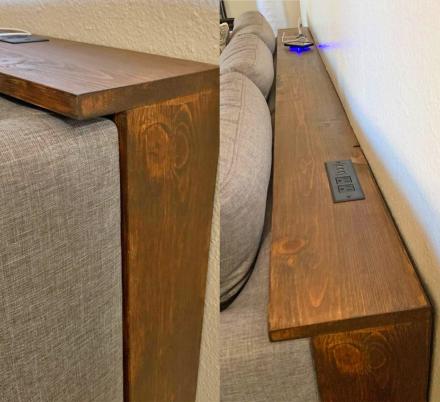 How many times have you been slothing away on the couch and you go to order another pizza from your smart phone only for the battery to be dead? For me, this is a weekly occurrence. I usually end up taking a nap where I lie, in hopes my wife will be home when I wake up with food for me to devour. If only there was a way to plug in your phone while you lounge on the couch without dragging a 25 foot extension cord along with you. Well, these unique behind-the-couch skinny tables are starting to pop up, some of which have integrated outlets built right into the top of them, and we couldn't be happier about this!

This particular behind-the-couch table was custom build by Redditor chapmanator, and he then posted his work to the Woodworking subreddit where it was met by cheers and upvotes aplenty! Though this exact table doesn't seem to be available for sale anywhere by "chapmanator", he does offer the plans to build it yourself on Etsy. There are also other versions available for sale on Etsy that are already fully built if you're not quite the DIY type of person. This one in particular even comes with outlets as well. 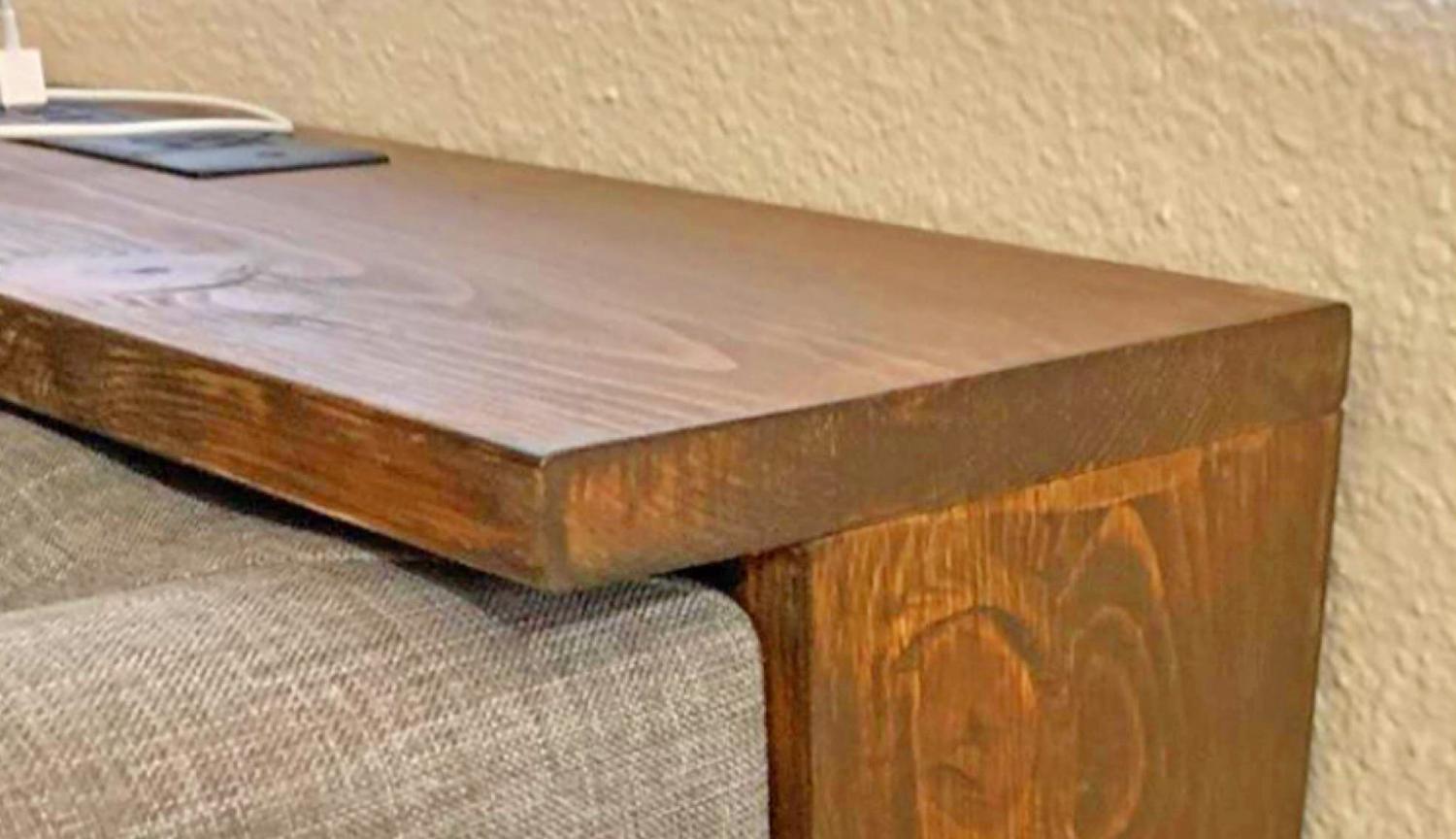 The creator of the table does go into some detail on the Reddit post on how he built the skinny behind-the-couch table along with materials he used and the products he had to purchase to integrate the outlets in the table. Someone of course mentioned that the outlets should surely be called "Couchlets" instead of outlets, which we couldn't agree more with. 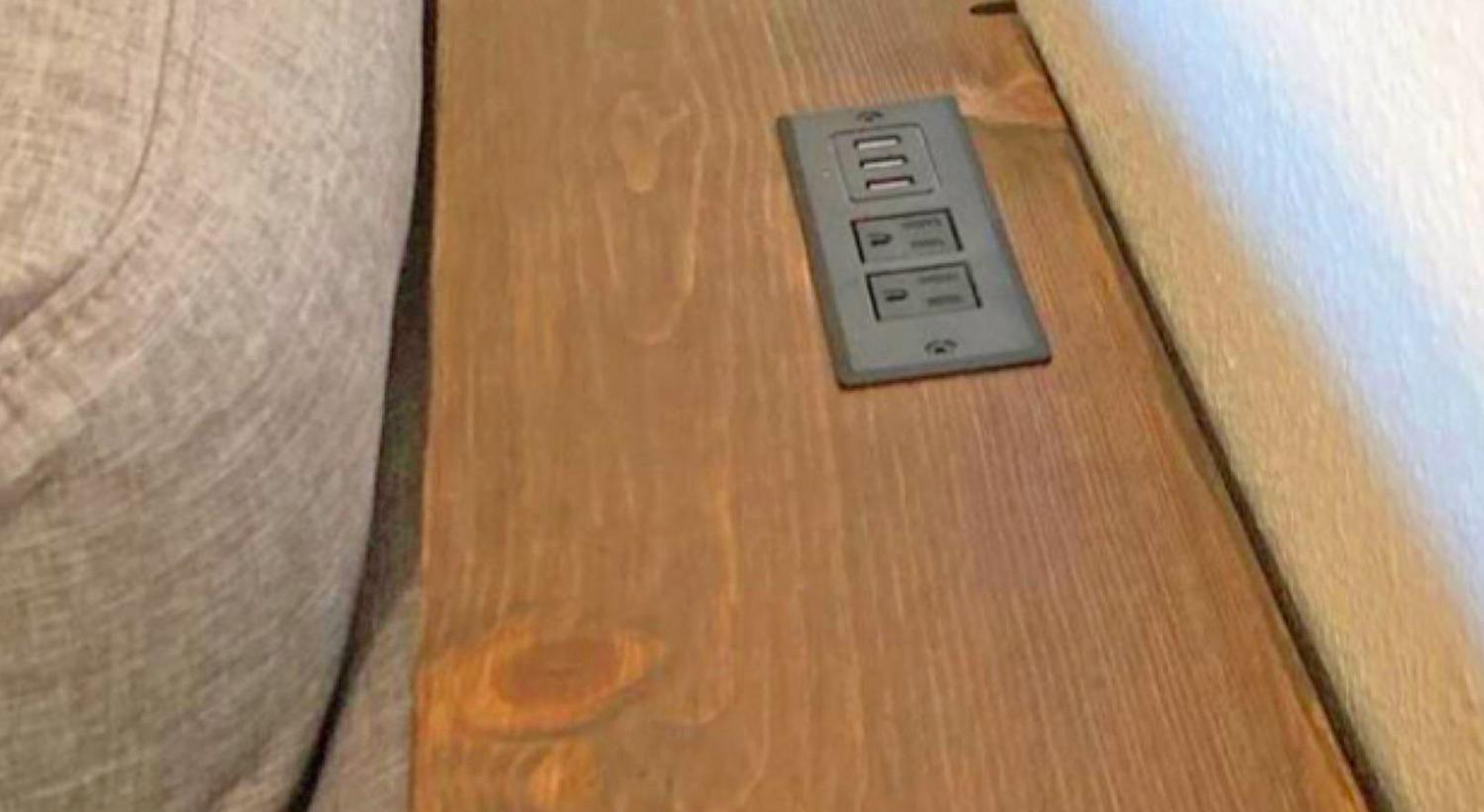 Chapmanator does mention that he used two different YaBland desktop USB power strips on each side of the console table which has two outlet ports, along with 3 USB ports. You can get these to install into your own behind-the-couch table you made, or install them into a console table that you already purchased or own that doesn't already have outlets integrated into it.

He made the behind-the-couch powered table with stained pine. He states the table measures 100 inches in total, and that he bought some 1x6 and 1x8 boards that cost just 20 bucks! Combine that with just 2 power strips that run under 20 bucks each, and you're looking at an incredible console table that has power for ~80 bucks if you include some wiring and various other small items you might need to finish the project. 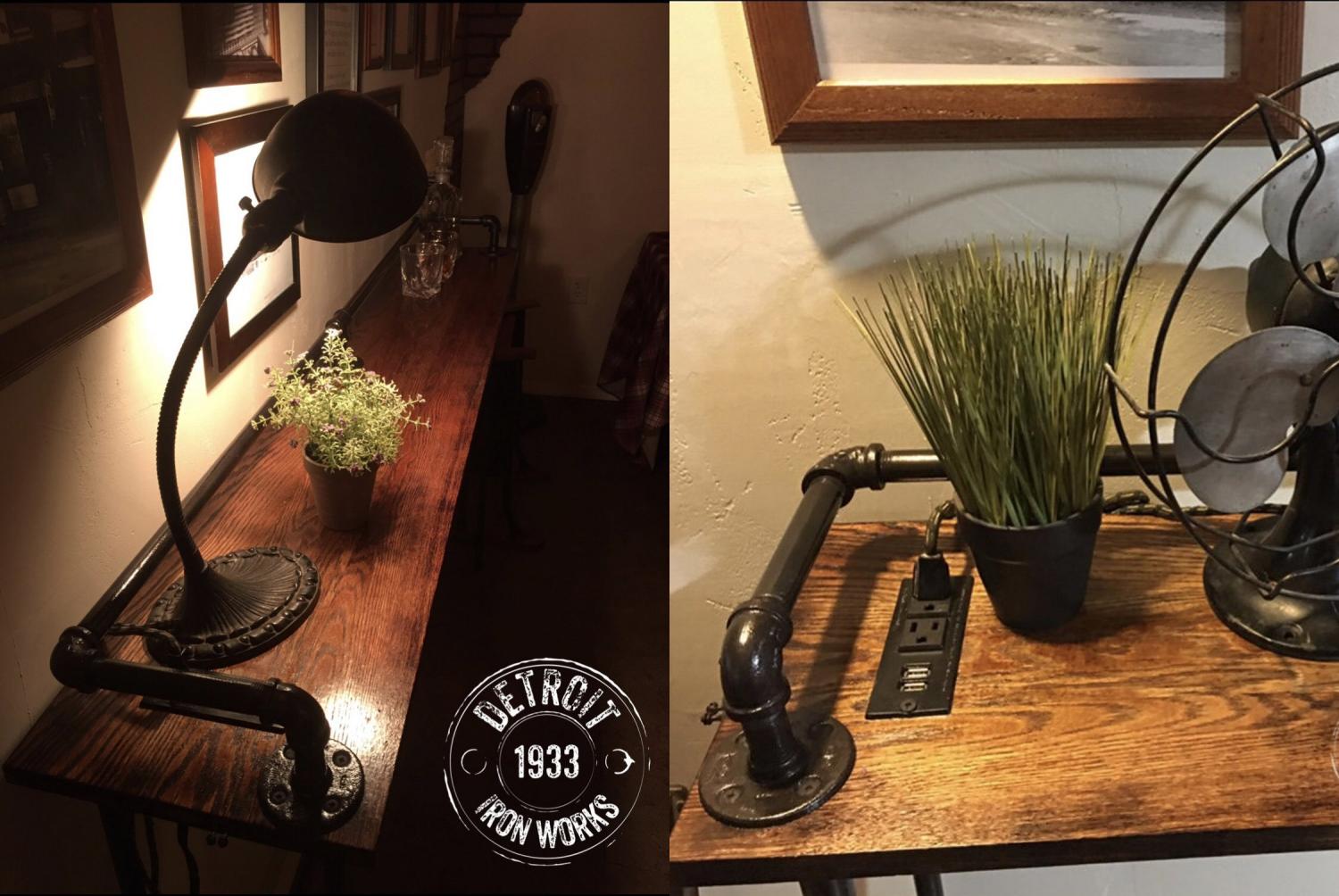 "The most time consuming parts were the rectangular holes for the outlet to sit in (drill a starter hole in the wood, then use a skillsaw to finish cutting the rectangle)." 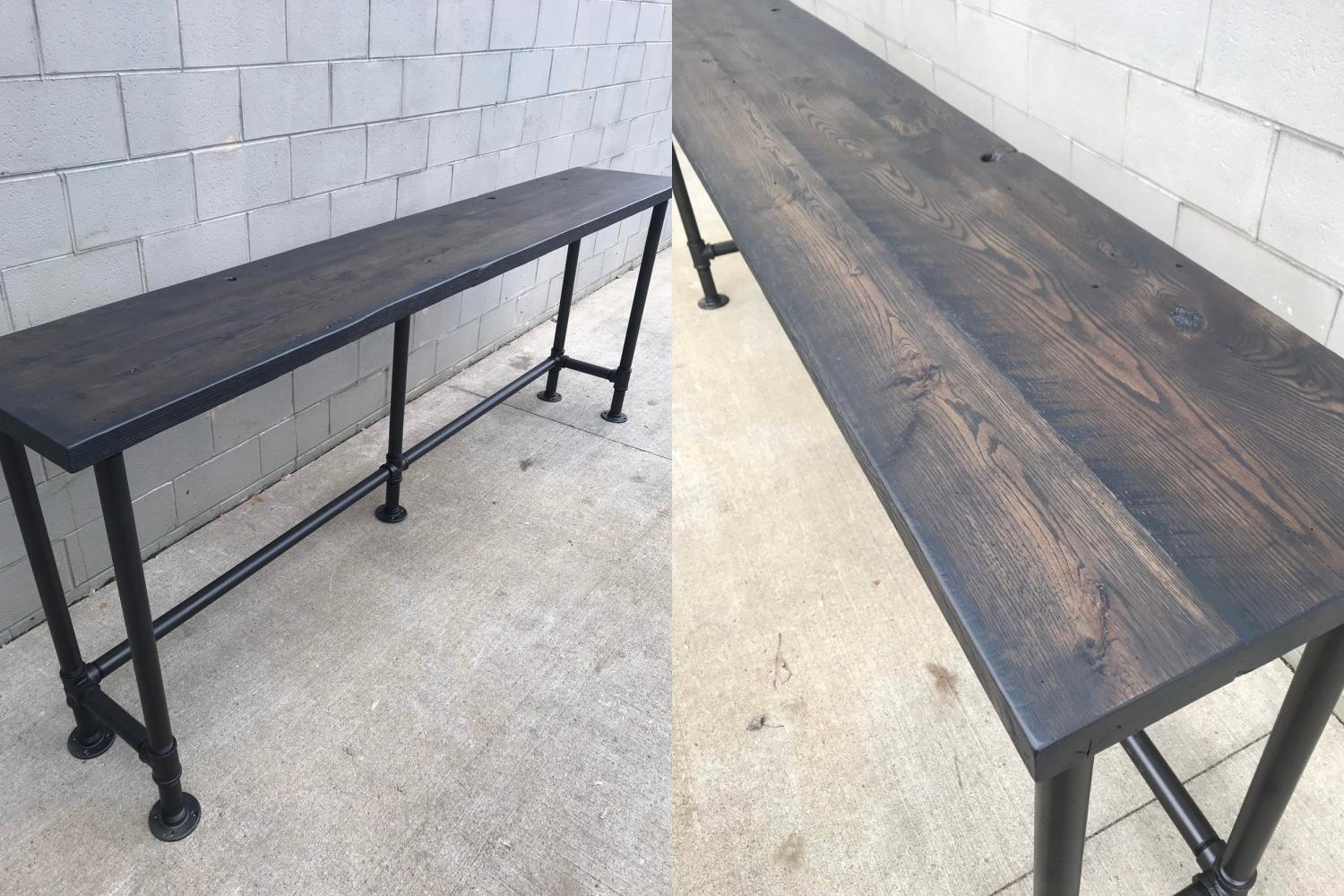 "I have a leg in the middle to help with any deflection. The three legs just butt into the bottom of the board with wood glue. I found some metal L-brackets I used to strengthen that connection as well." 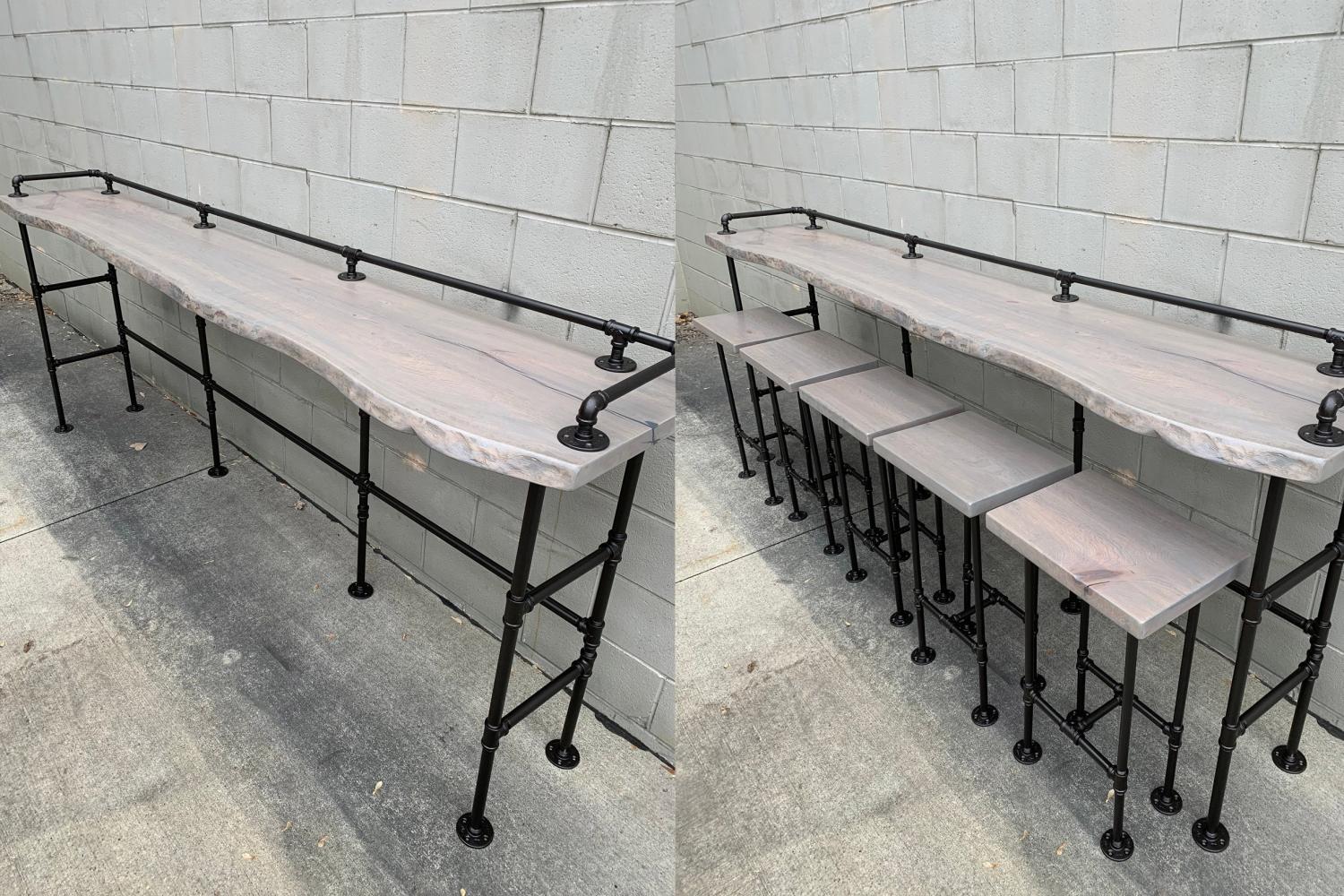 "Give it a shot. I’m new to furniture making. Just draw up a sketch and really think it through and be organized about with measurements. Planning makes it easier and less frustrating because you won’t have to think as much as your cutting/assembling. And it was really fun to make. I totally get how this is a therapeutic hobby for most folks. And having a lasting piece of furniture that I built, that my girlfriend and I use everyday is a cool feeling. 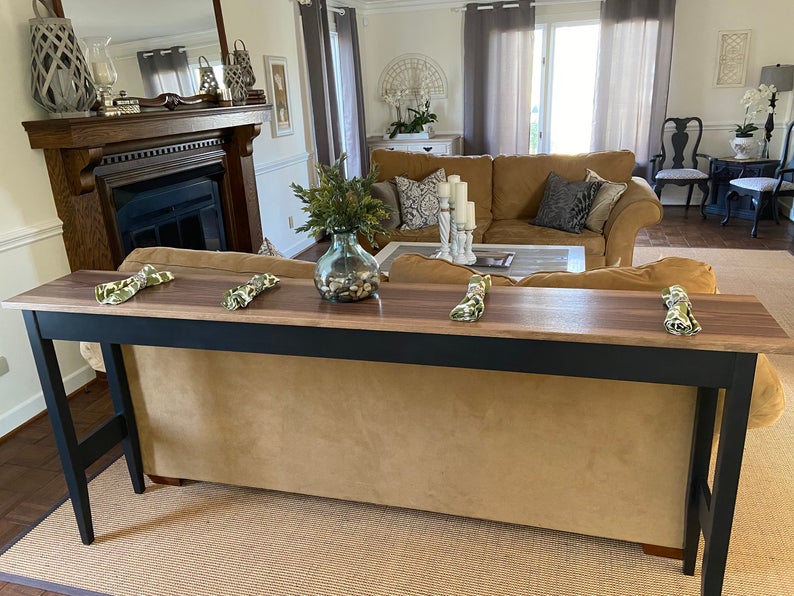 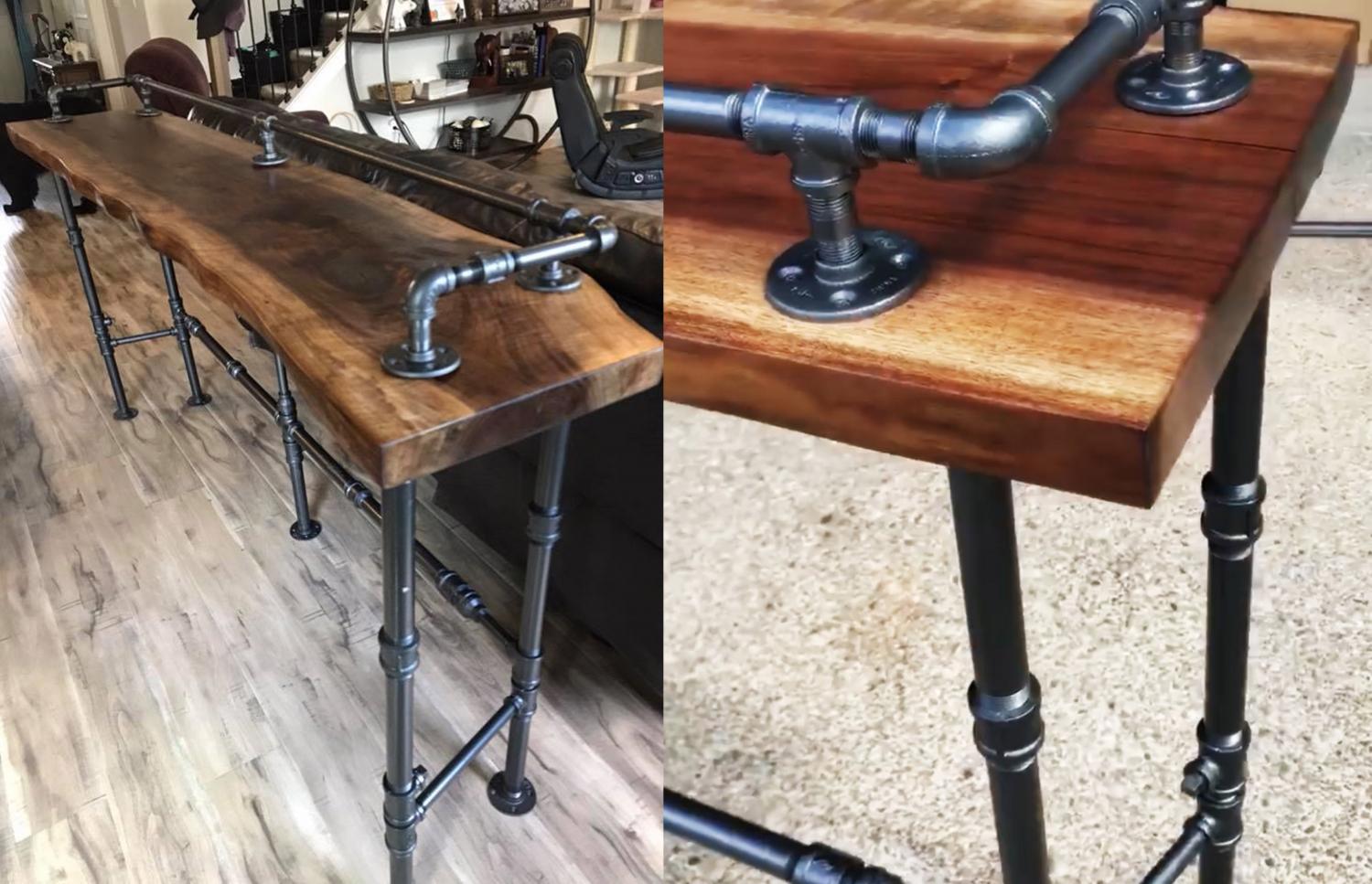 "I was inspired from Pinterest looking at console tables. It was a fun (and pretty simple) project." 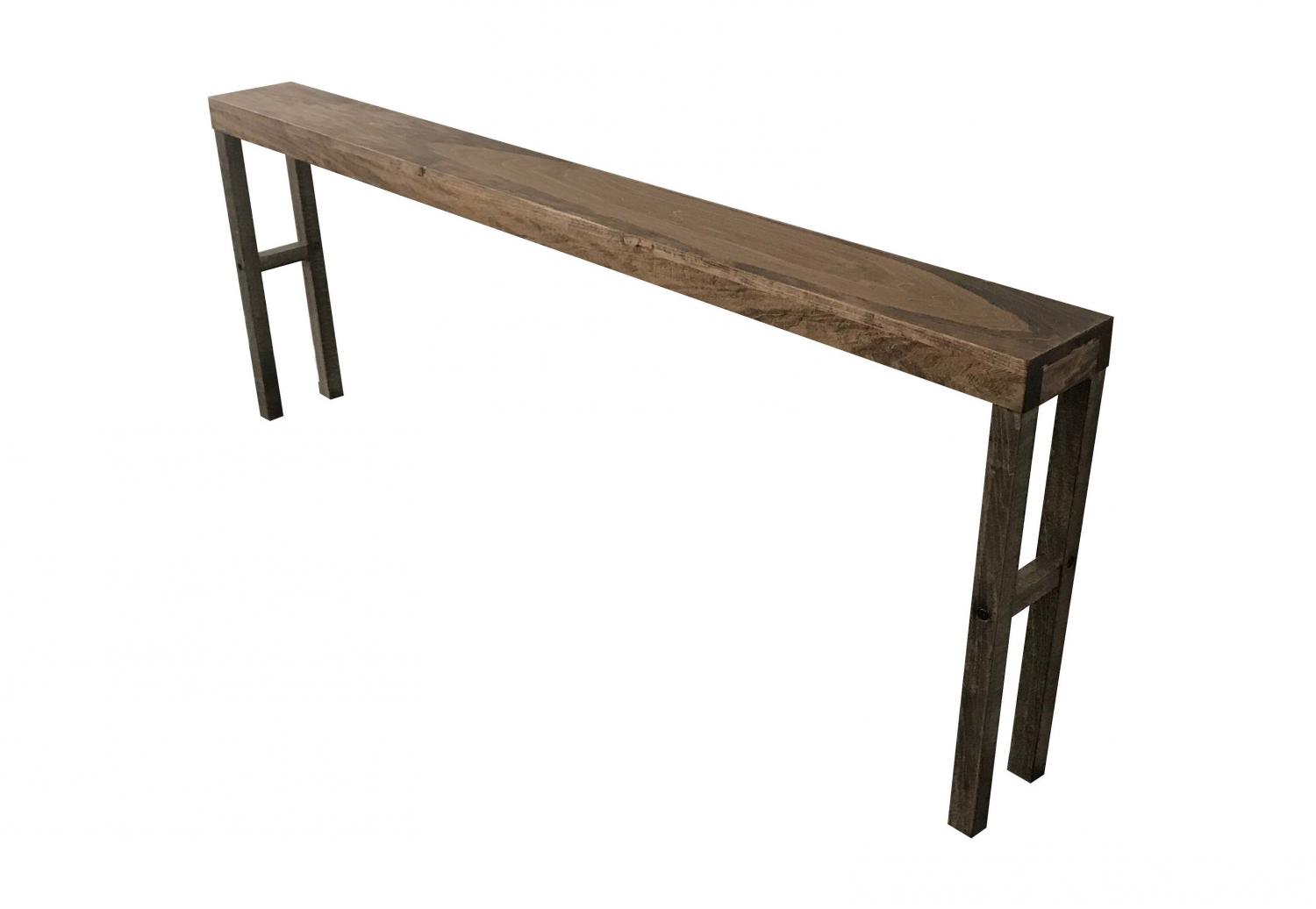 "I definitely struggled with the staining of it. Pine is terribly difficult to stain. I’m not a woodworker, just a guy who has an idea and power tools lol. Definitely had fun making it though so I’m just getting started into this hobby. Next time if I use pine I’ll try and use a preconditioner or something that will help the line accept the stain better." 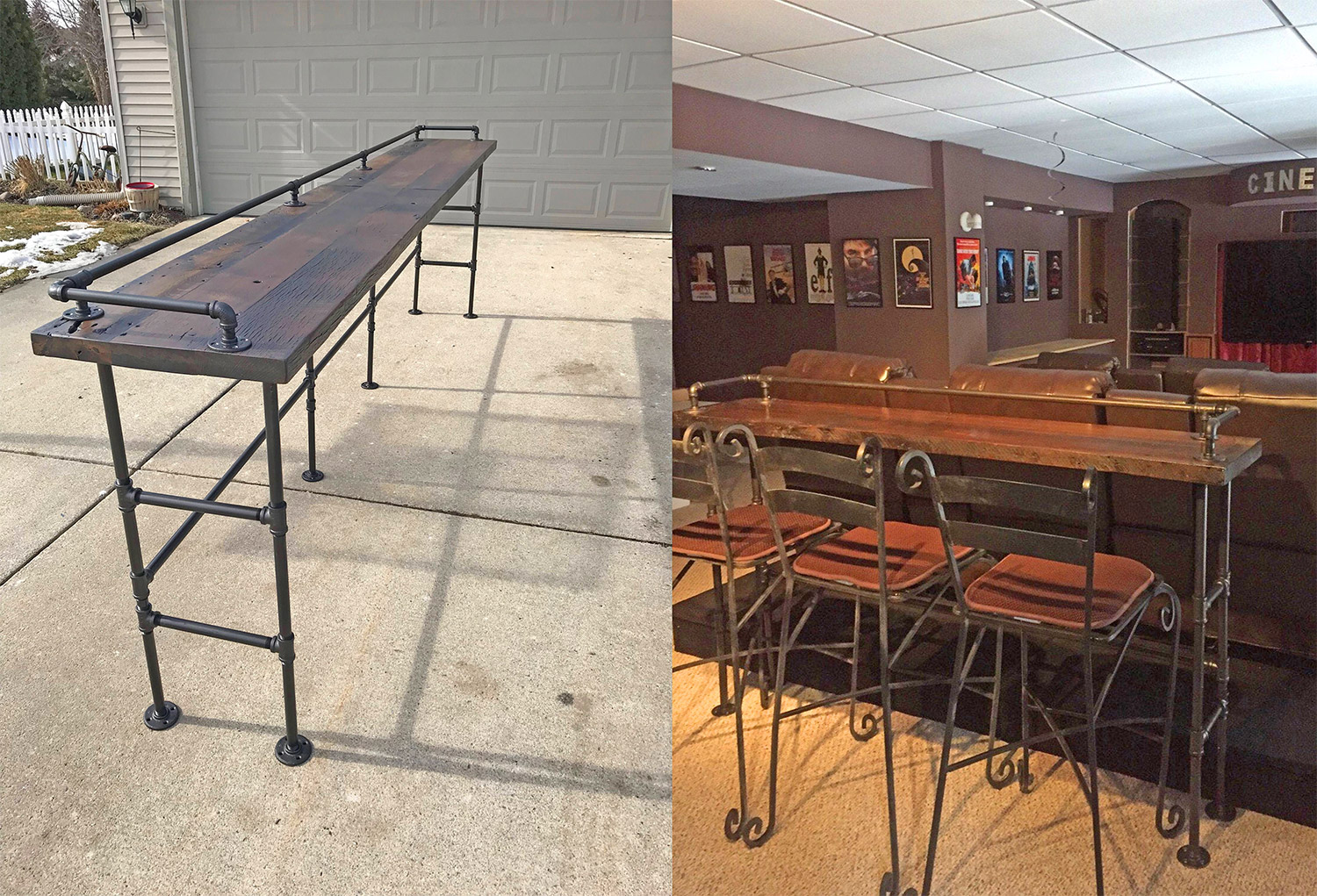