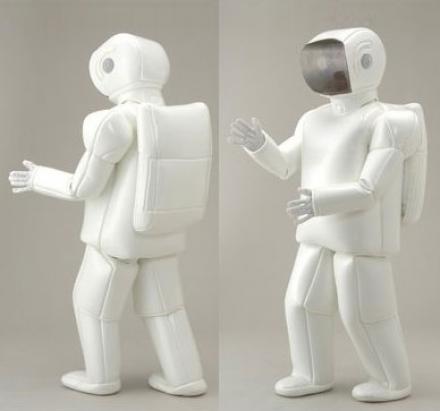 You're probably familiar with the robot called ASIMO that Honda has made that is more intelligent than you, pours a drink less shakey than you, and even has a sexier walk than you. Now you can finally be him with the ASIMO robot costume. Now you can finally have a reason to do your terrible version of the robot, everyone will really think you're ASIMO as he/she is probably more human like than you. The ASIMO robot costume includes the full package, a head, body, gloves, leggings and feet, which is so cumbersome to put on that you're going to need a buddy to help you get in to it, so good look in the bathroom after throwing down 10 beers at your Halloween party.

The ASIMO robot costume is made from urethane, polyurethane, PVC, will fit most human adults that are up to 5.9ft tall, and yes it's obviously made in Japan, also, watch out as shipping will run you $112. Check out the real ASIMO as well as the robot costume for comparison via the videos below. 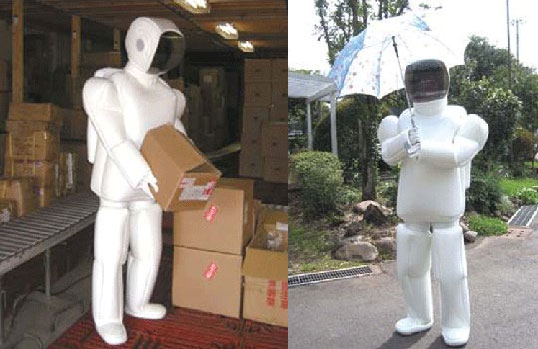 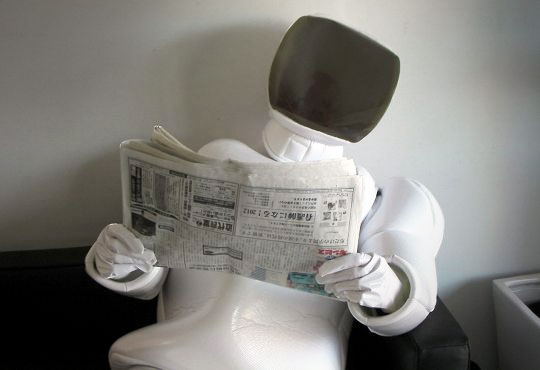 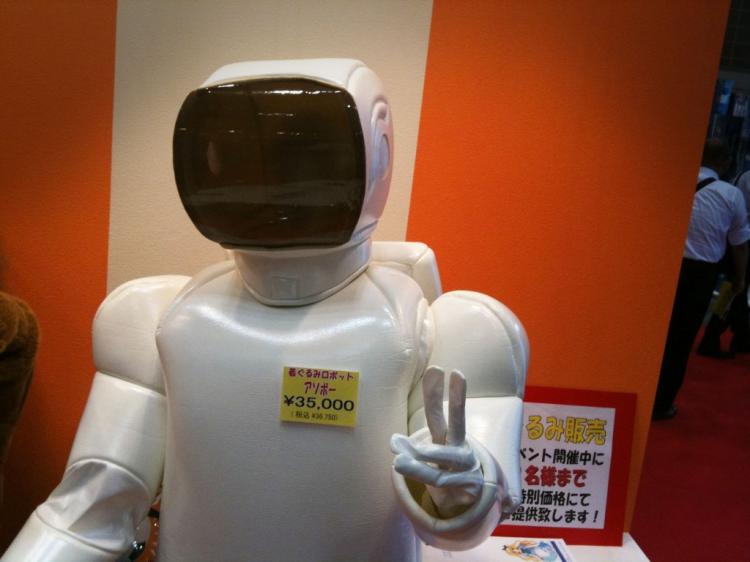 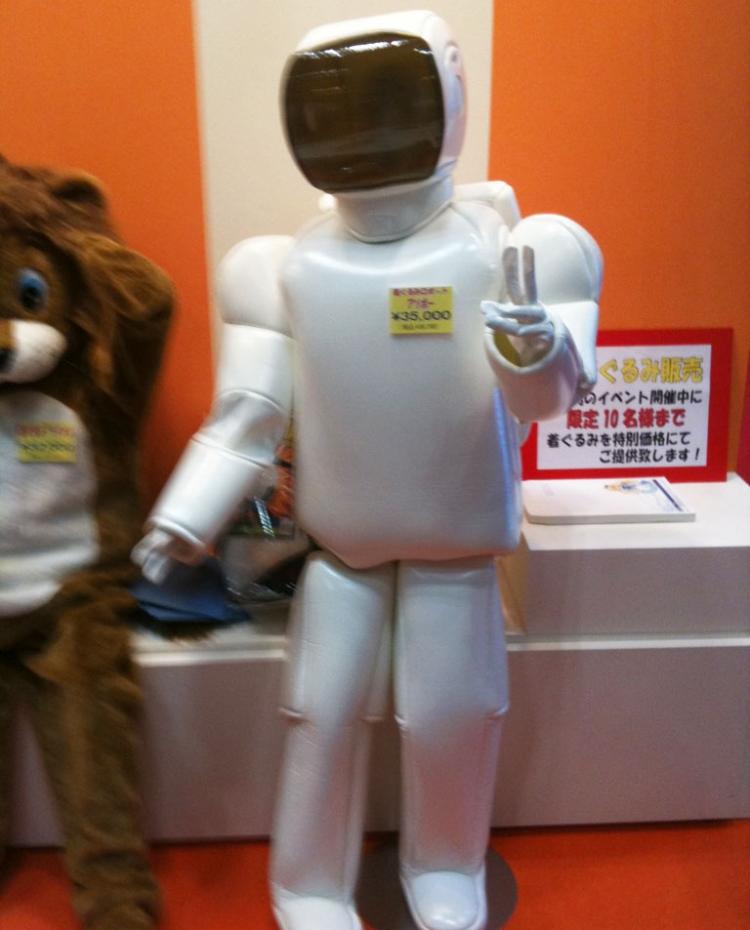