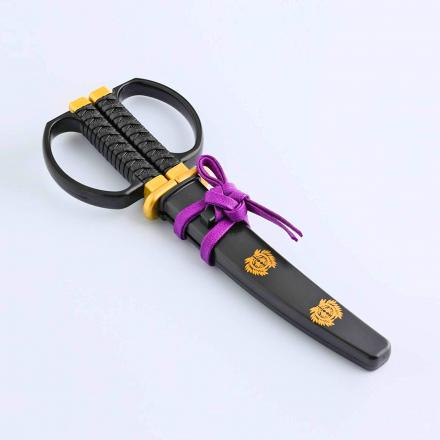 Every blue moon the internet graces us with a product that will blow your mind. Is it usually useless, gimmicky, and pretty much completely stupid? Well, if you remember the butt sink plug, the snot nose egg separator, or this chicken on a motorcycle BBQ accessory, the answer would be yes! This time around it's these amazing looking samurai scissors! 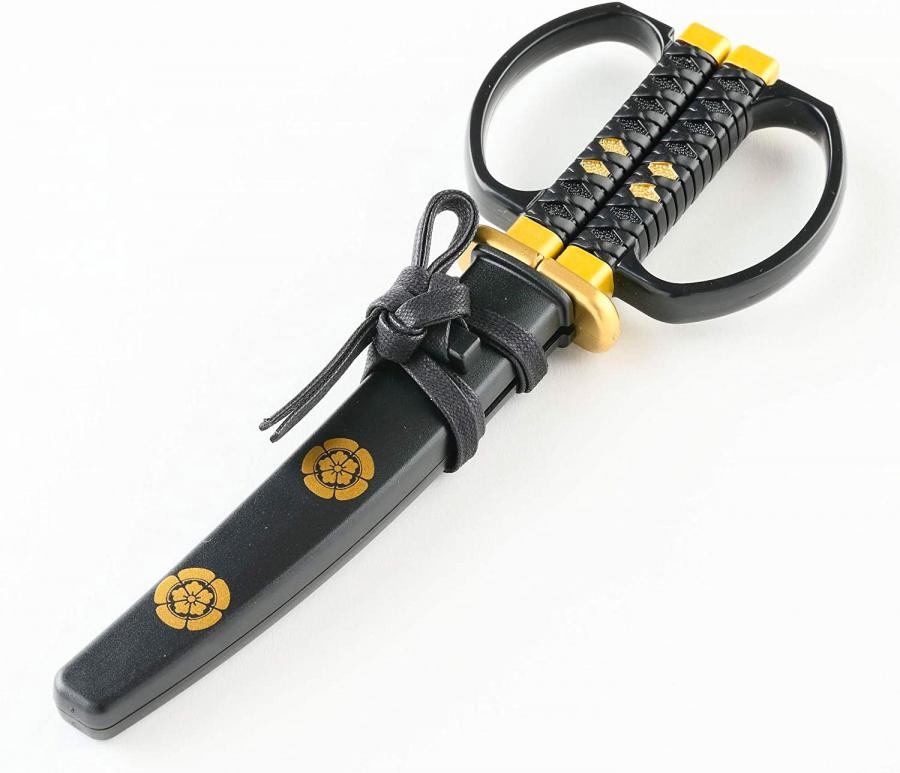 Made to look just like a Japanese samurai sword, the novelty scissors even come with a sword sheath that has Japanese markings on it for a truly authentic look. If you're a samurai sword enthusiast, and you don't have a pair of samurai scissors, I think you're just not the samurai or ninja that you thought you were! 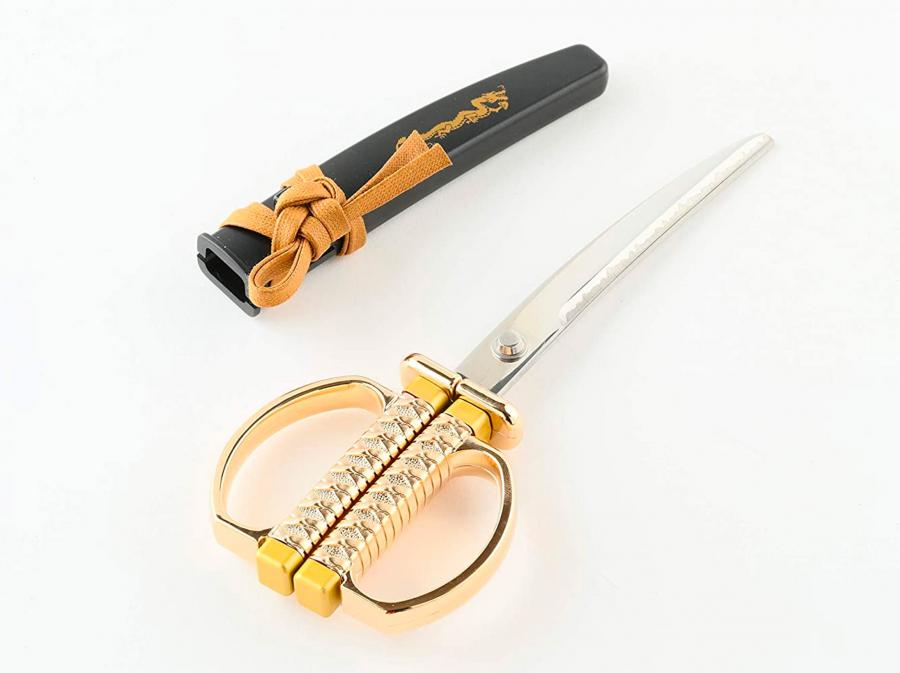 Not only that but the grips of the samurai scissors even have the signature tape wrapped design of a samurai sword. It's made to look like it was hand crafted by a 82 year old samurai from Japan that's filled with wisdom, even though they were probably made in some factory in China! (hopefully Japan) 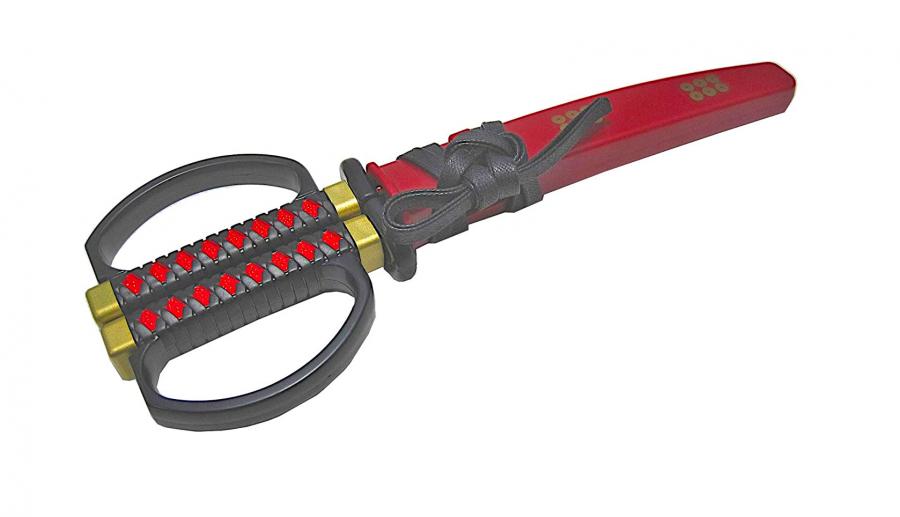 When fully closed the two blades of the samurai scissors are even slightly curved just like a real samurai sword is! 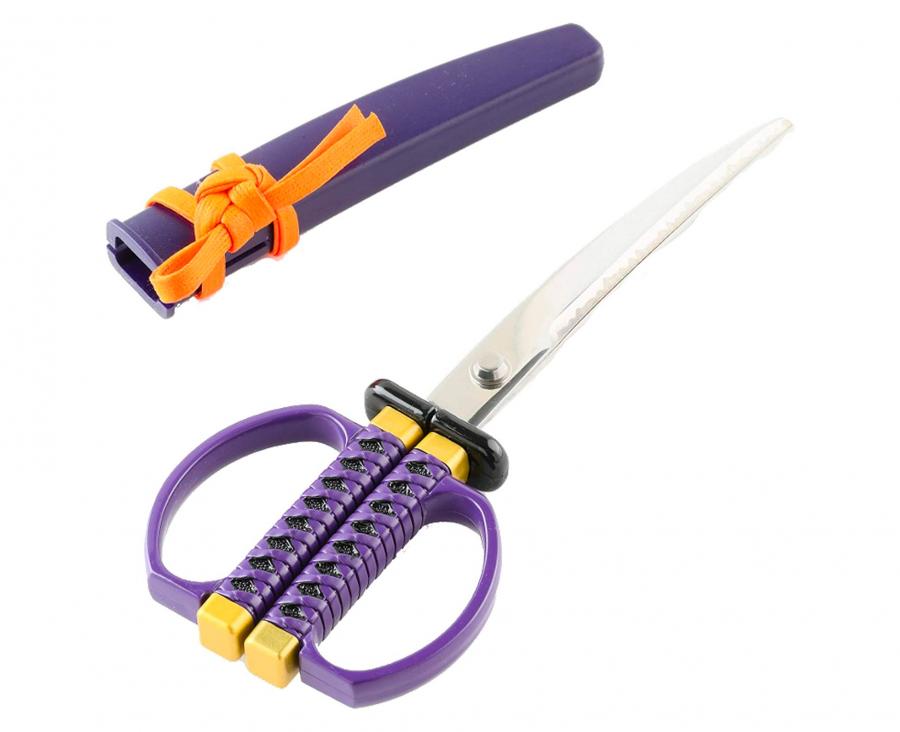 A little colored ribbon even is wrapped around the katana sword scissors sheath much like you might find on a real Japanese sword! 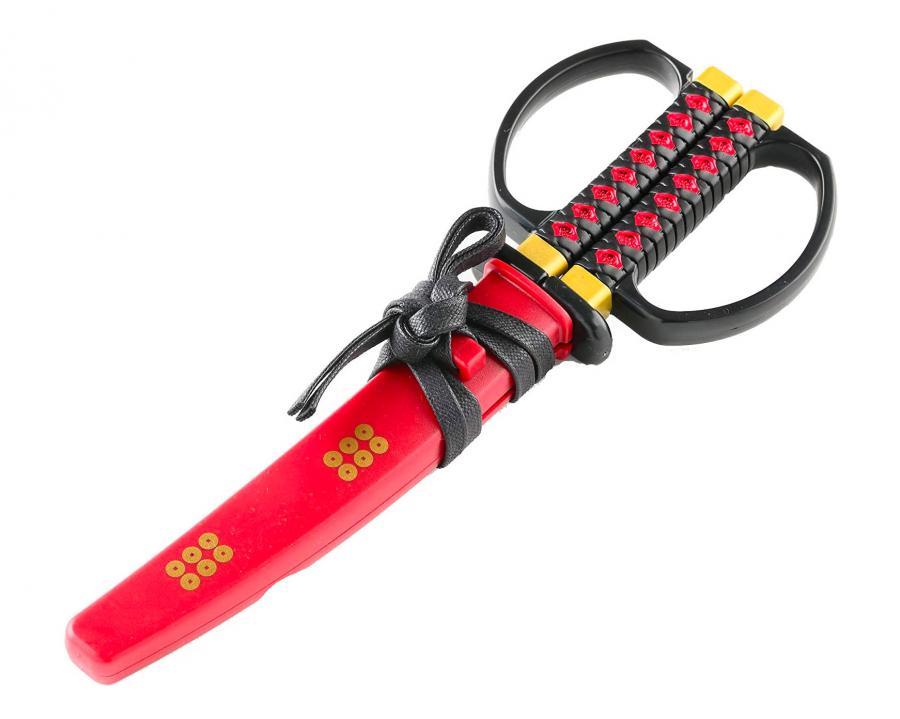 Also, what would a pair of samurai scissors be without a stand that allows you to display them to your guests as they enter your home. Some of the listings on Amazon will come with a stand that lets you display the novelty scissors upright for all to see wherever you plan on setting them! 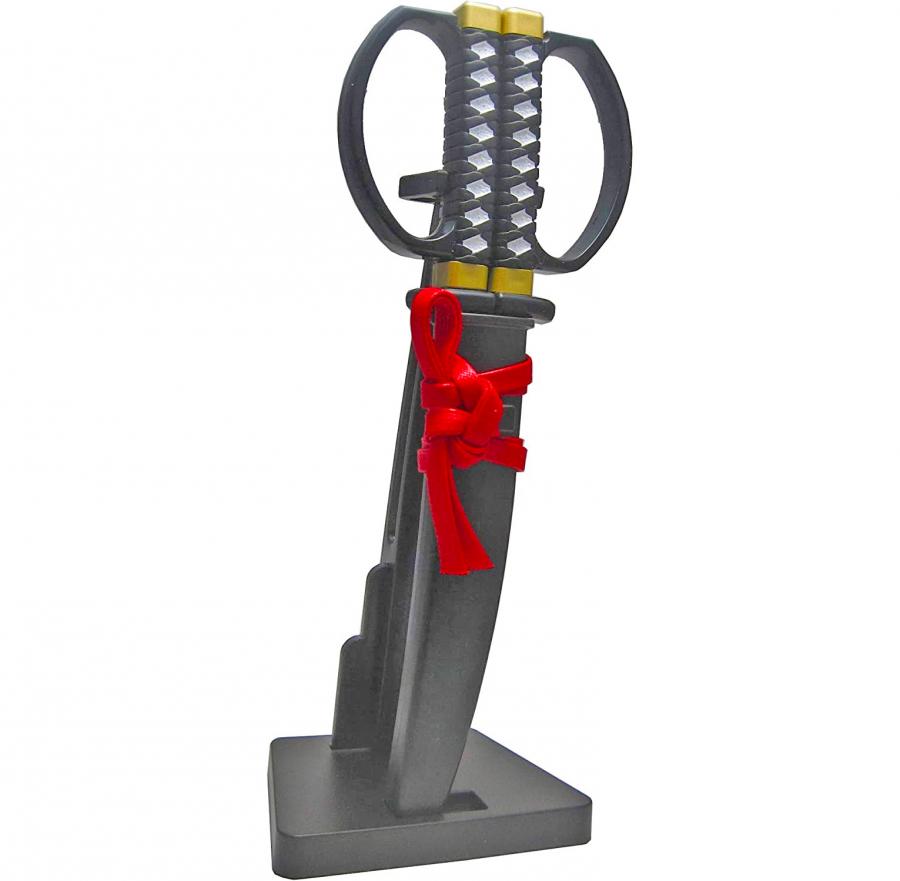 The samurai sword scissors stand perfectly holds the katana scissors upright. One stand holds them handles up, and another version places the blade upwards. 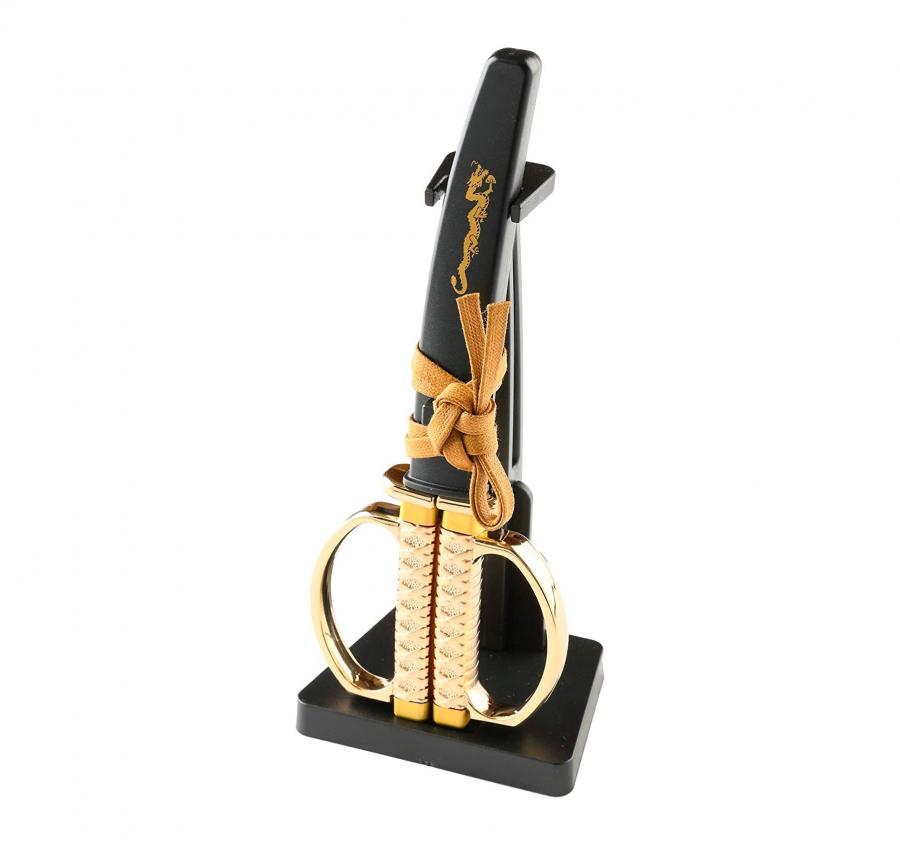 You can find the Katana Sword scissors in a bunch of different color options to choose form on Amazon! 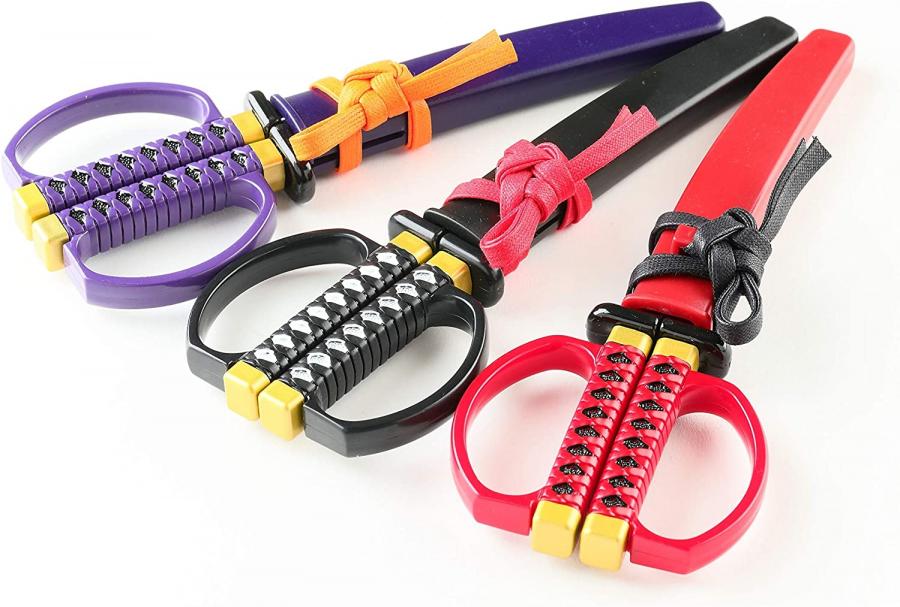 Some of the versions of the katana scissors even have Japanese characters etched right onto the blade! 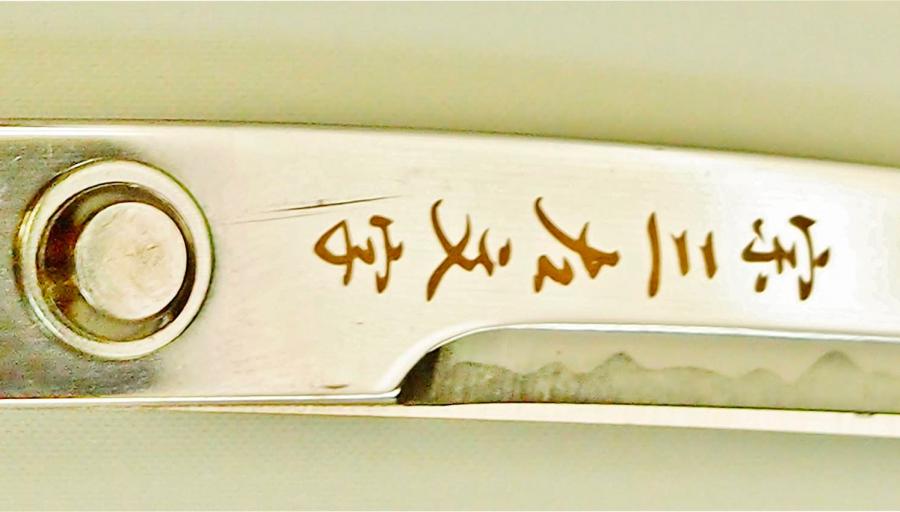 The unique scissors are made from stainless steel for the blades along with ABS plastic for the handles and katana sheath! 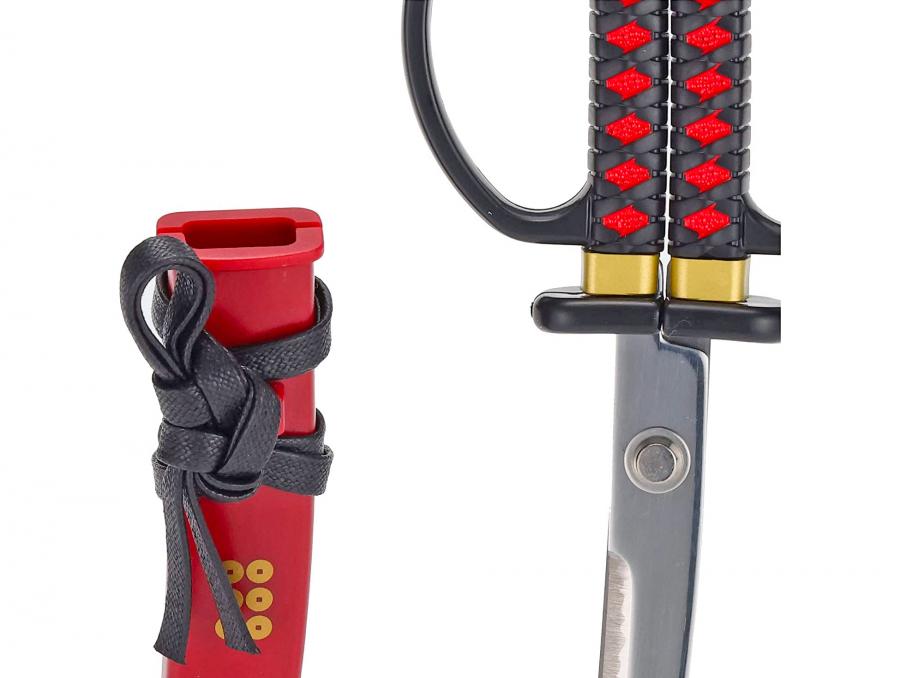 Another really cool feature of the samurais scissors is that they're made with a real hamon temperline on the blades, just like a real katana sword! 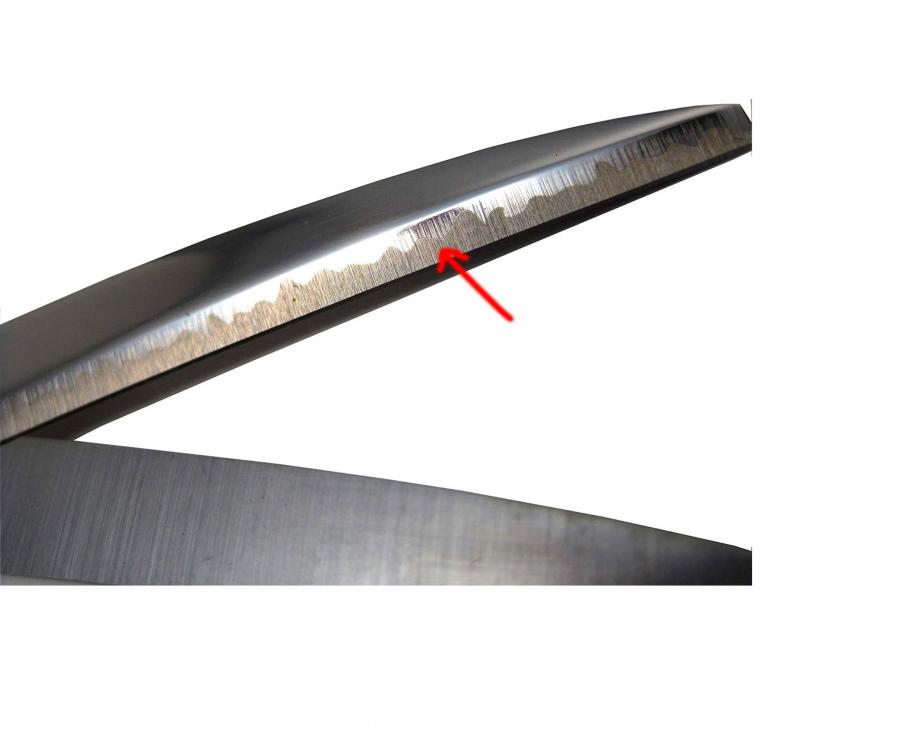 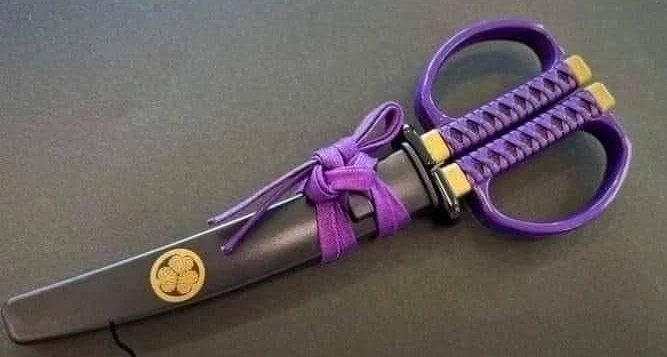 You can snag the samurai scissors on Amazon for around $24 bucks! 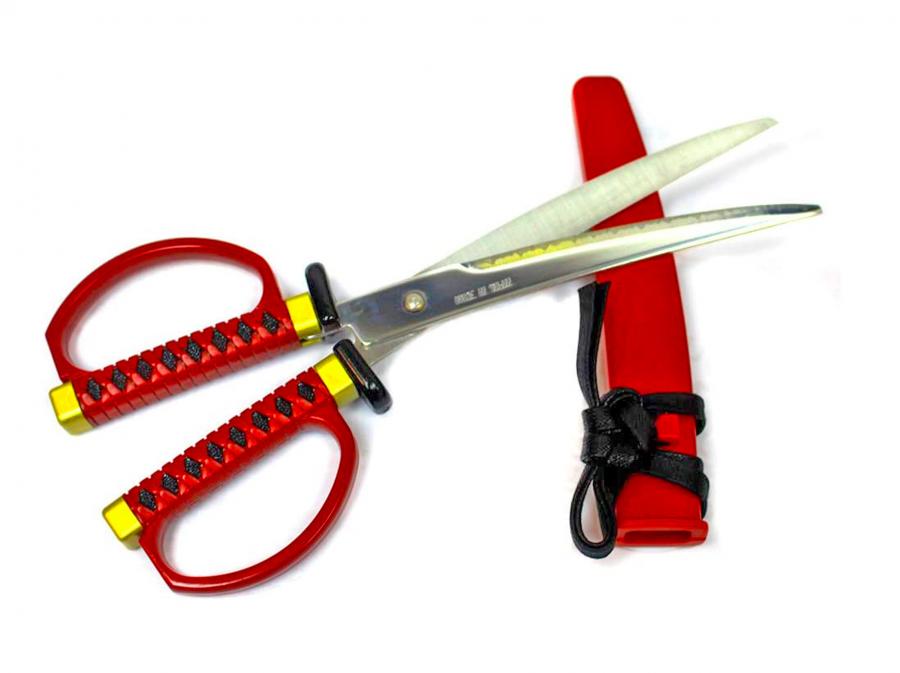 Also, if you just can't get enough samurai swords in your life, and just need a few more around your home or office to show your love for the ninja craft, perhaps this katana sword letter opener might be right up your alley! 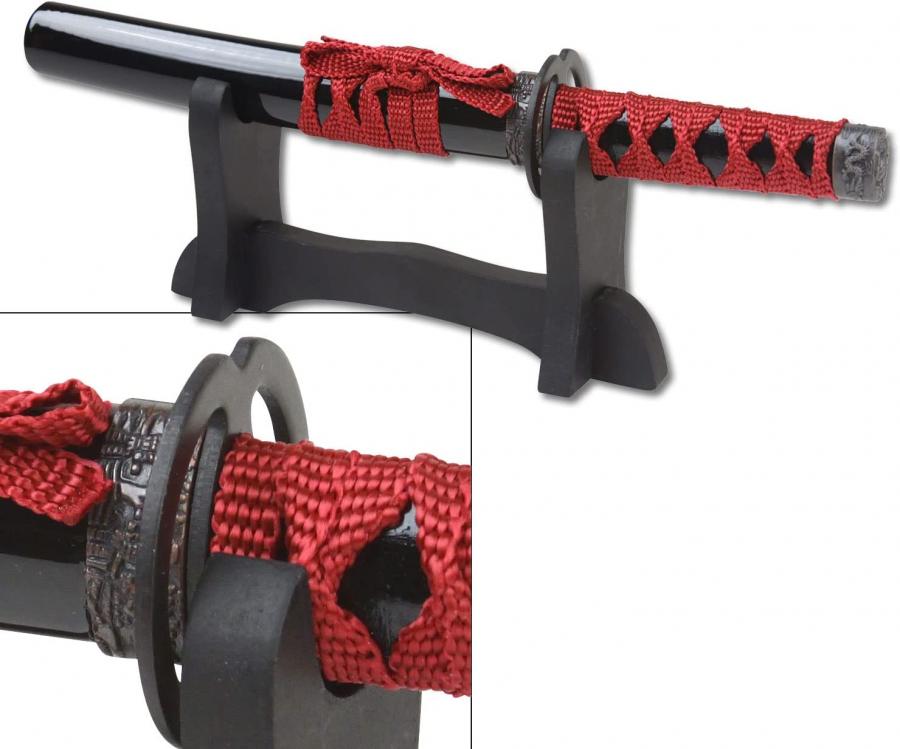 You can snag one of these samurai sword letter openers from Amazon for around 15 bucks! 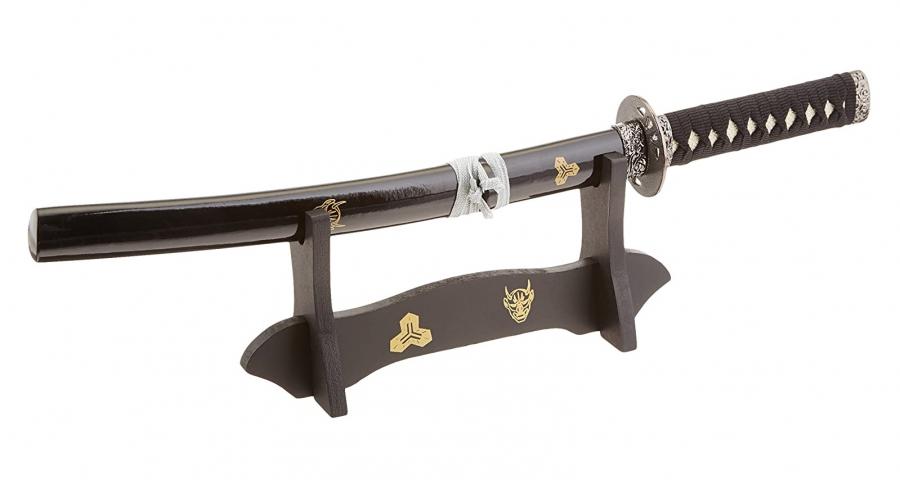 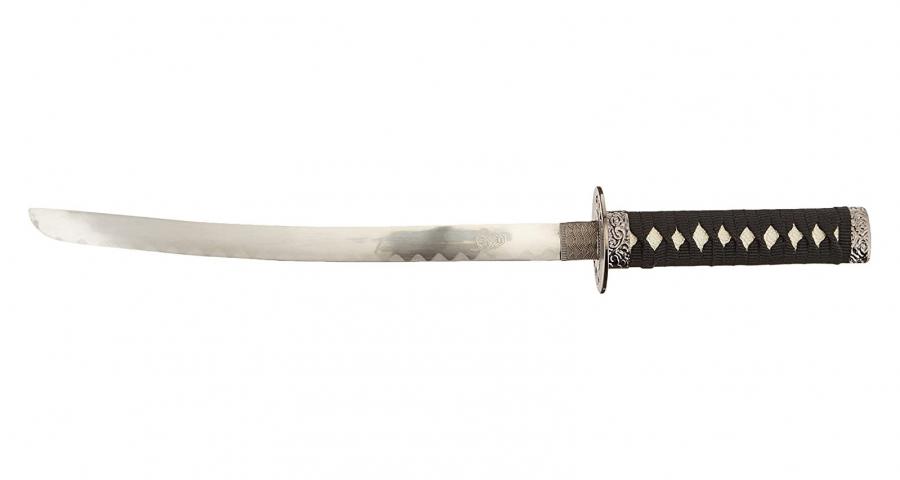