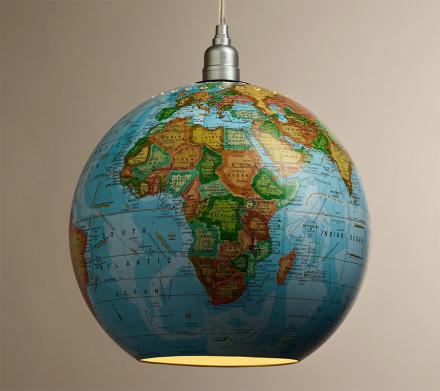 The globe lamp is a hanging spherical light that depicts the planet Earth, which is a planet full of meaty smelly humans who like to hang lights in their houses that look like the planet they're living on. Why would they do that...? Perfect for a middle school student that needs to study for his geography test in the dark, an adult human who just can't seem to name more than 2 countries in Africa and would like to change that while also bringing light to their home, or someone who's just looking to class up their office. Just don't expect this globe to be completely accurate, I mean just it look at it, it doesn't even have the 23 degree tilt, as it stands straight up. If this were factual we wouldn't have any seasons, which seems about right seeing how Antarctica seems to be on fire.

The hanging globe pendant lamp is made in India from blue paper and plastic, does not come with a light bulb but is best used with a type A bulb with a max of 60 watts or a 13 watt CFL bulb. The globe measures 12 inches in diameter, weights 1 lb, and a black globe is also available which is 15 inches in diameter but will run you a few extra bucks. 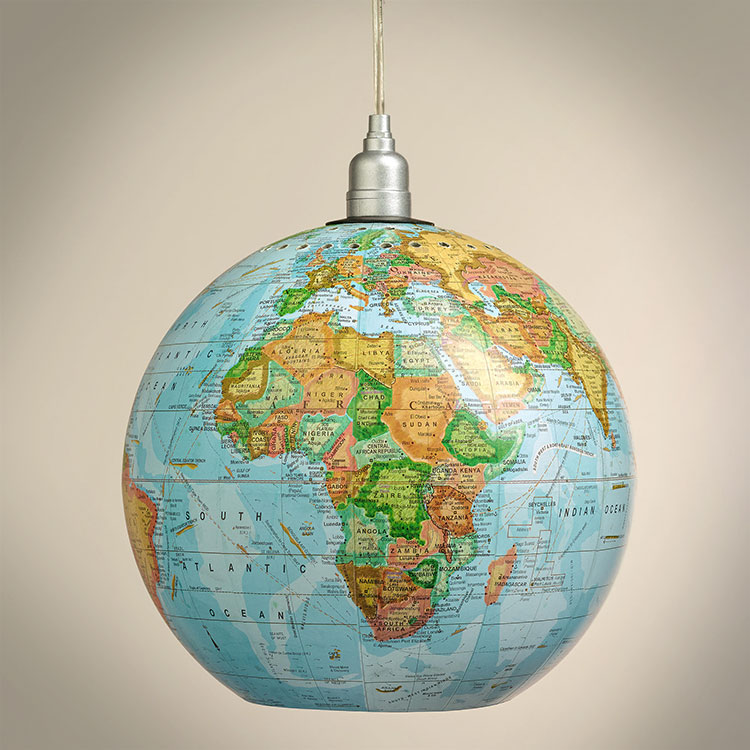 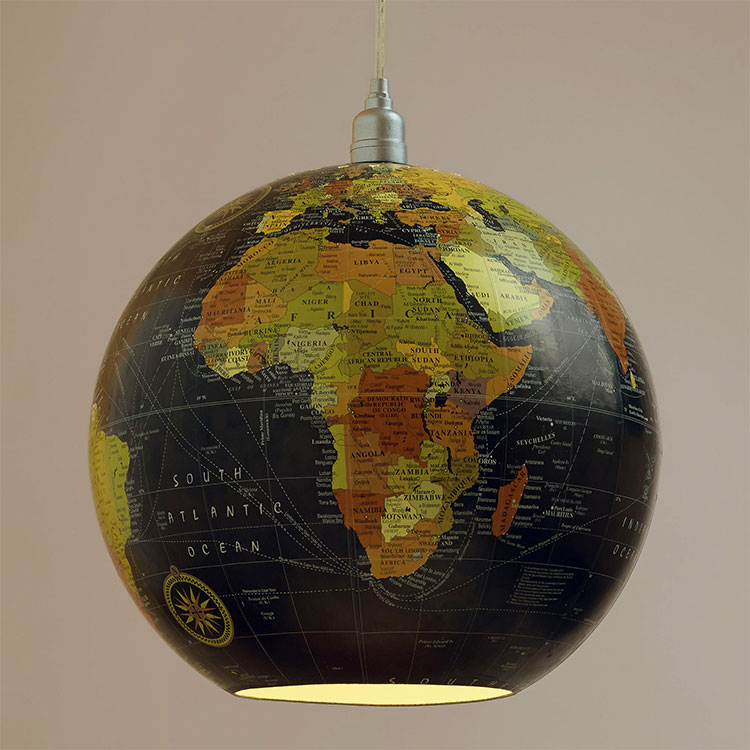 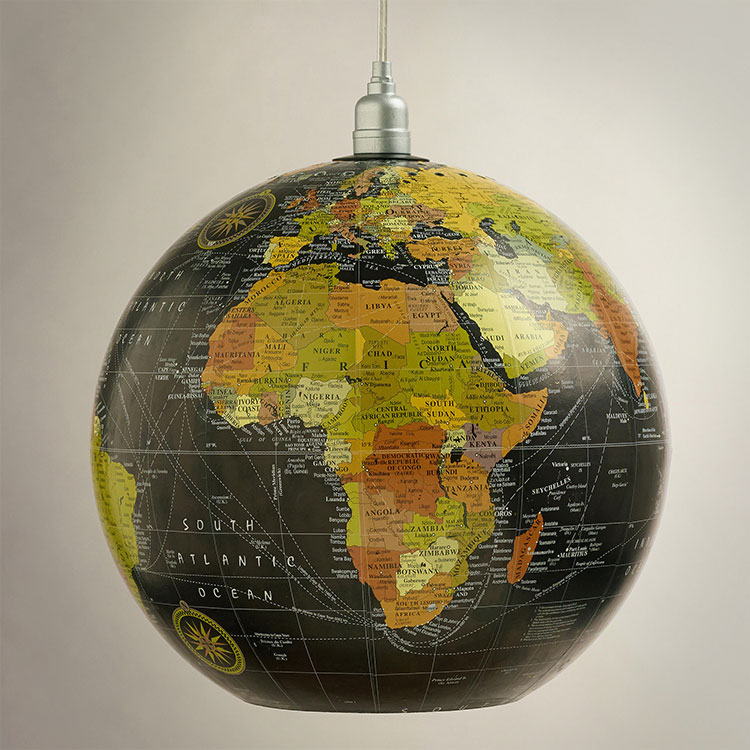 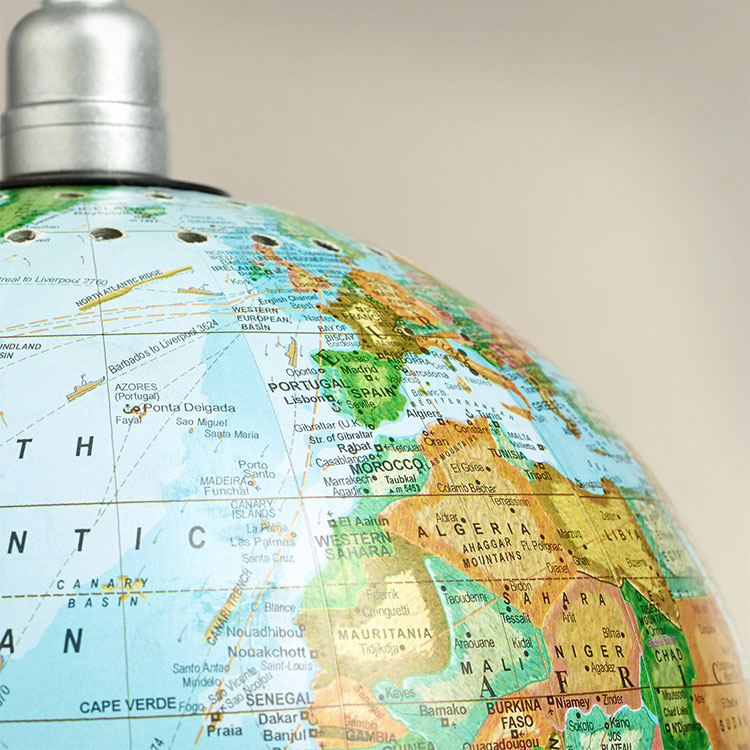 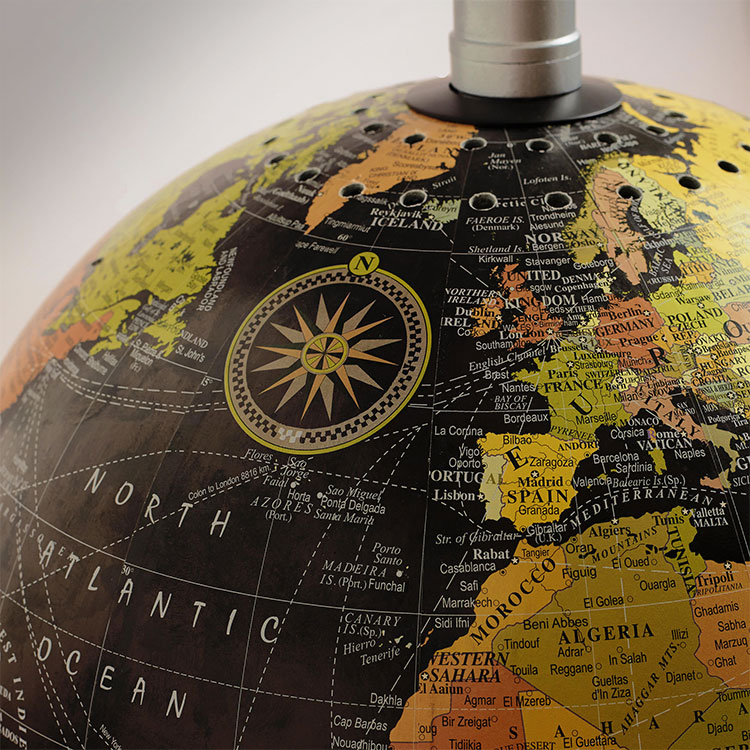